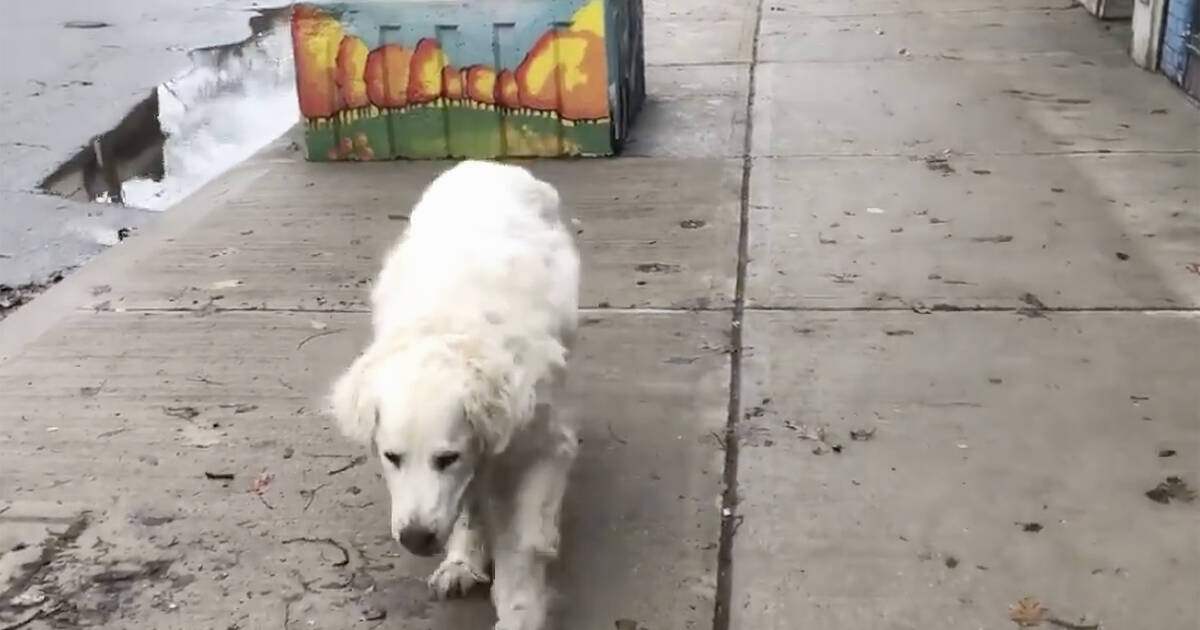 A Toronto man has captured the hearts of strangers across the world with a video he posted of his 14-year-old dog's final walk.

Dale Thompson's senior golden retriever Murphy was suffering from metastatic cancer, so the Toronto-based designer and former journalist had to make the difficult decision to put his beloved pet down on Christmas Day.

Murphy walked to the vet today for the last time. He walked in with dignity, clarity and honour.

He left this world the same way he came into it: With style, grace and happy.

The duo is shown taking their last adventure along what appears to be Queen St. West in a video that has now been viewed on Twitter more than 1.3 million times.

In the clip, Murphy meanders slowly down the sidewalk on the way to the vet, his old age evident but a smile on his face nonetheless.

"He left this world the same way he came into it: With style, grace and happy," Thompson writes in the post's caption.

He was 1000x times the dog I had always wished for, I often thought (and still do) that I didn’t deserve him.

He proceeded to share photos and memories to celebrate the life and mourn the loss of his long-time best friend, resonating with social media users around the world who flocked to offer their kind words and support. Many shared their own personal stories of the loss of a pet.

Murphy's story was even picked up by international news outlets.

This is so heartbreaking and beautiful at the same time. I am so utterly sorry for your loss and your pain. What a beautiful dog he was.

Though nothing will replace Thompson's fluffy friend, it's always heartwarming to see people come together online to console one another over a shared human experience.

by Becky Robertson via blogTO
Posted by Arun Augustin at 10:08 AM