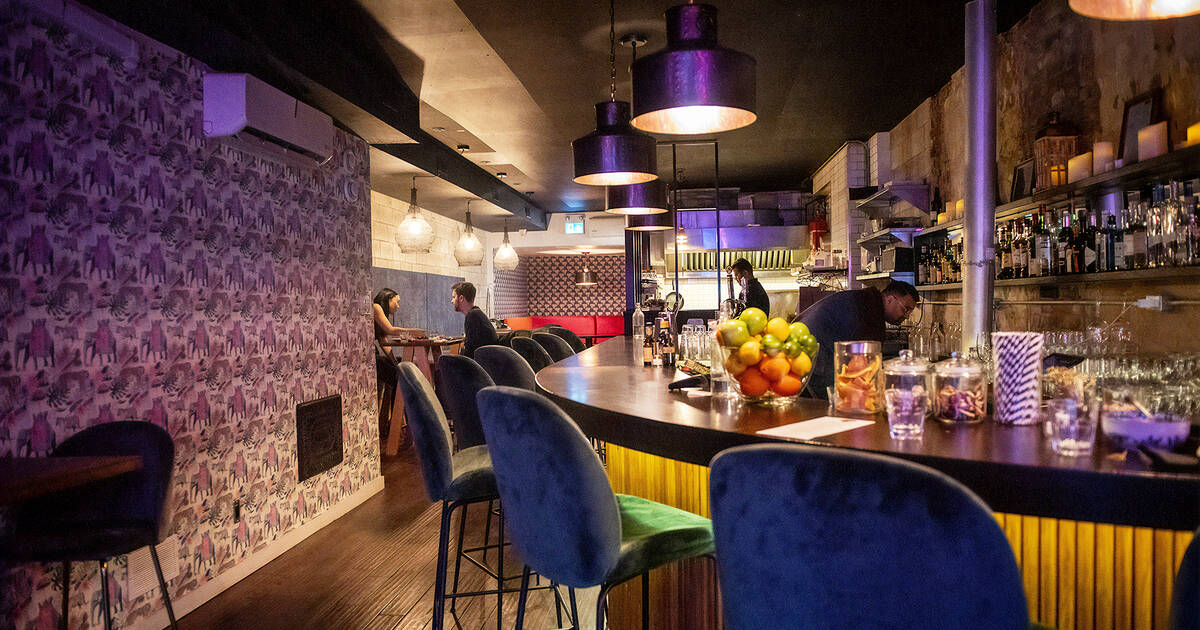 The city's first Indian snack bar, which served up fusion small plates and craft cocktails in Parkdale, has announced that it will sadly be closing its doors after just nine months in business.

IST Eatery announced last night in a social media post that New Year's Eve will be its last service. Thankfully, owners assure the public that they will be back in the future.

Though proprietors do not give any specific reason for the shuttering — like untenable rent hikes, which have been a thing for a lot of establishments lately — they did say that IST was their first foray into the food scene, and that it was not without its fair share of hurdles that served as "a learning experience," to say the least.

The modern, well-appointed spot was notably unaffiliated with the surrounding group of restaurants that comprise Vegandale — IST staff even poked fun at it with hashtags like #notvegandale on their social media, though they had a friendly relationship with the Vegandale founders.

It will be interesting to see what is next for the West Queen West space given the area. Whatever it is, owners say in their goodbye post that they are "excited" for who's moving in and "happy things have worked out the way that they did."

Though the Toronto restaurant industry is pretty notorious for high turnover rates due to ever-increasing rent and the pressures of gentrification, for a new eatery to have such a short lifespan is quite shocking.

Hopefully it really won't be the last we see of the guys behind the beloved Indian snack bar and restaurant.