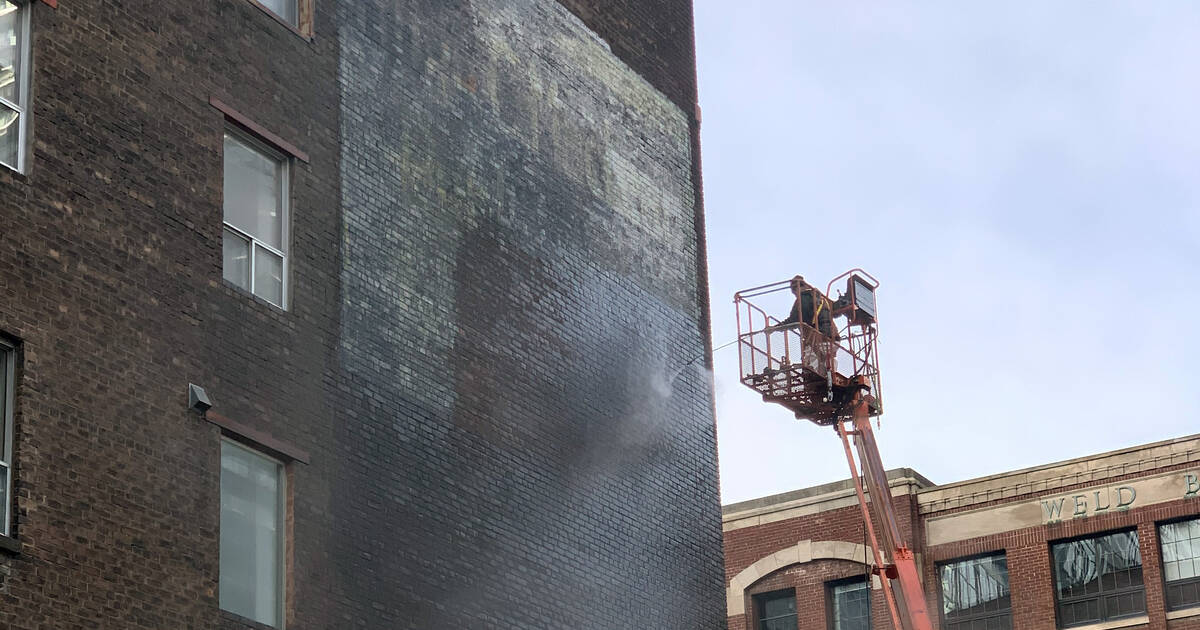 Crews were spotted giving a fresh coat of paint to the east-facing wall of the old Maclean Building at 345 Adelaide Street West on Monday, effectively erasing an historic painted sign that dates all the way back to the early 1900s.

The ghost sign in question had hovered over the parking lot on Adelaide near Charlotte, just east of Spadina, for at least a decade in its current form before the removal procedure. 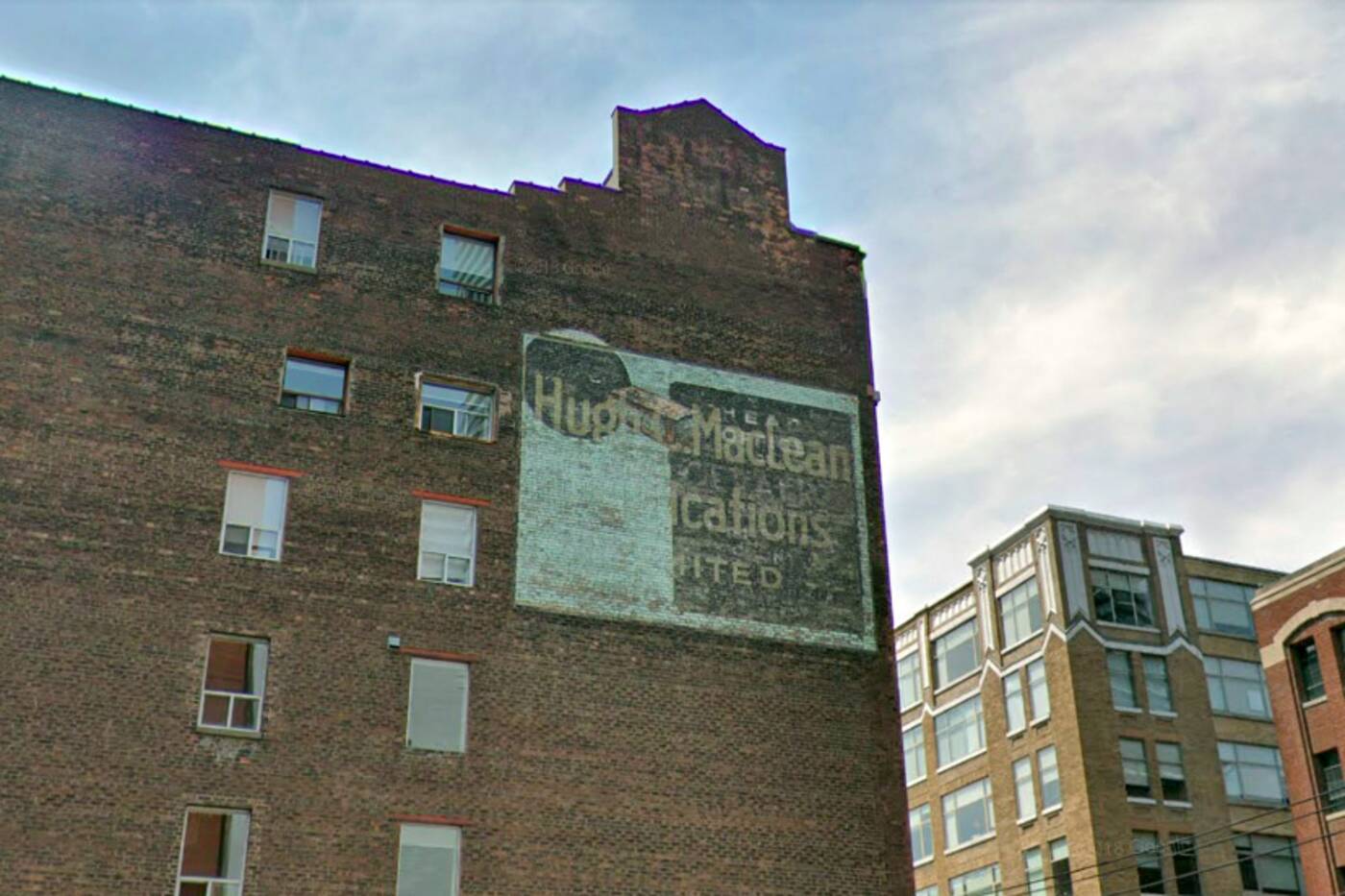 The recently-removed ghost sign on the Maclean Building, as seen in Google Street View's most recent capture. Image via Google Maps.

"Hugh C. Maclean Publications" it read, though other letter marks beneath suggested the presence of a double ghost sign.

Built in 1914, the building bearing this billboard was originally home to J.B. Maclean Publishing Company Limited — a major Canadian publishing house that existed from 1891 until 1945.

The company's successor, purchased by Rogers in 1994, still produces the iconic Maclean's magazine, but not at 345 Adelaide Street West.

Today, the historic mid-rise building at Adelaide and Charlotte is home to numerous marketing firms and other businesses. 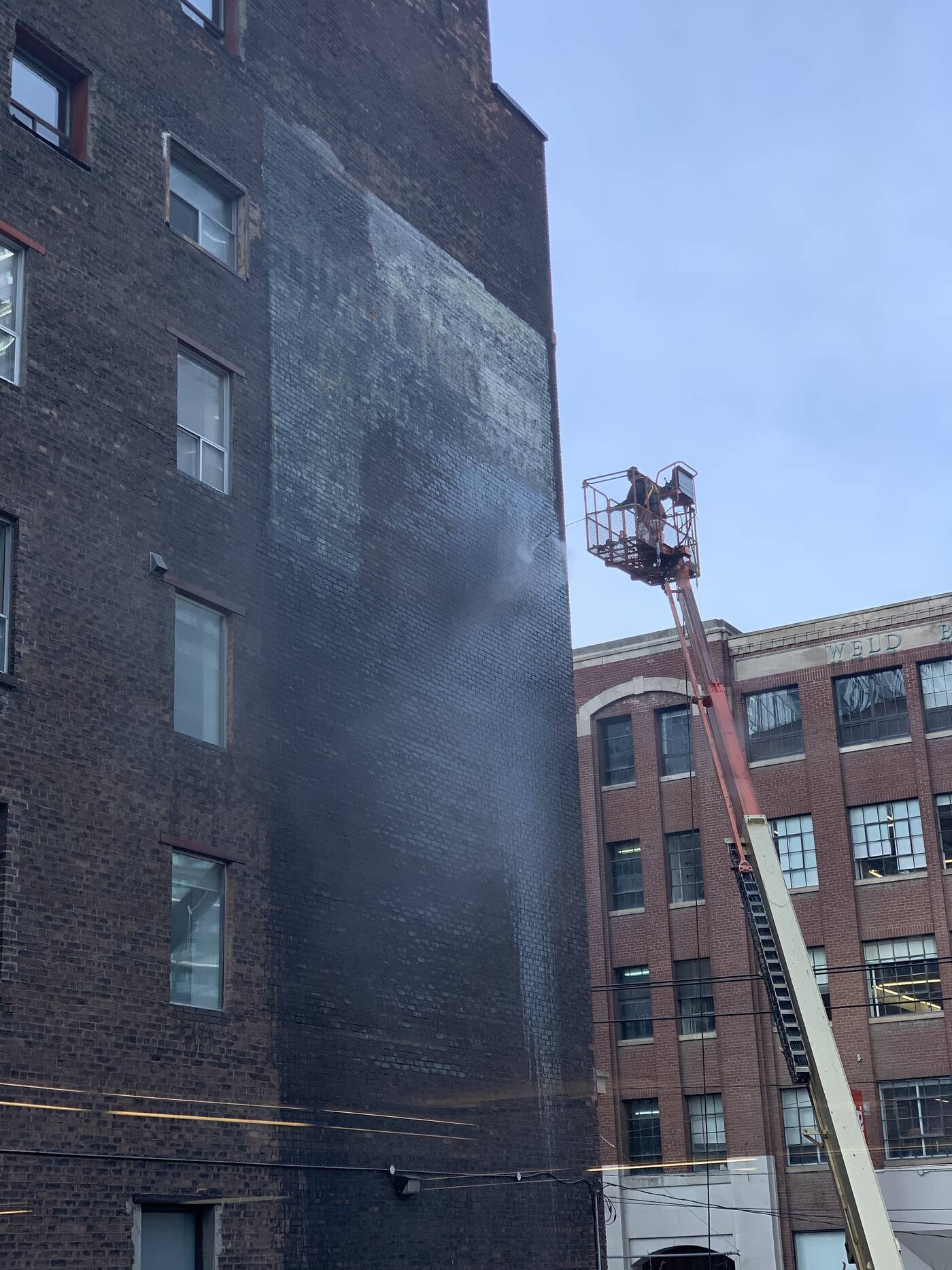 It is not immediately clear why the sign was painted over, but those with a penchant for local history will be sure to miss its presence.

Fortunately, we can say with some certainty that the more than 100-year-old Maclean Building itself is safe.

Toronto City Council adopted the George Gouinlock-designed building as an official heritage property in May of 2005, and it's also covered as part of the King-Spadina Heritage Conservation District.

by Lauren O'Neil via blogTO
Posted by Arun Augustin at 12:59 PM