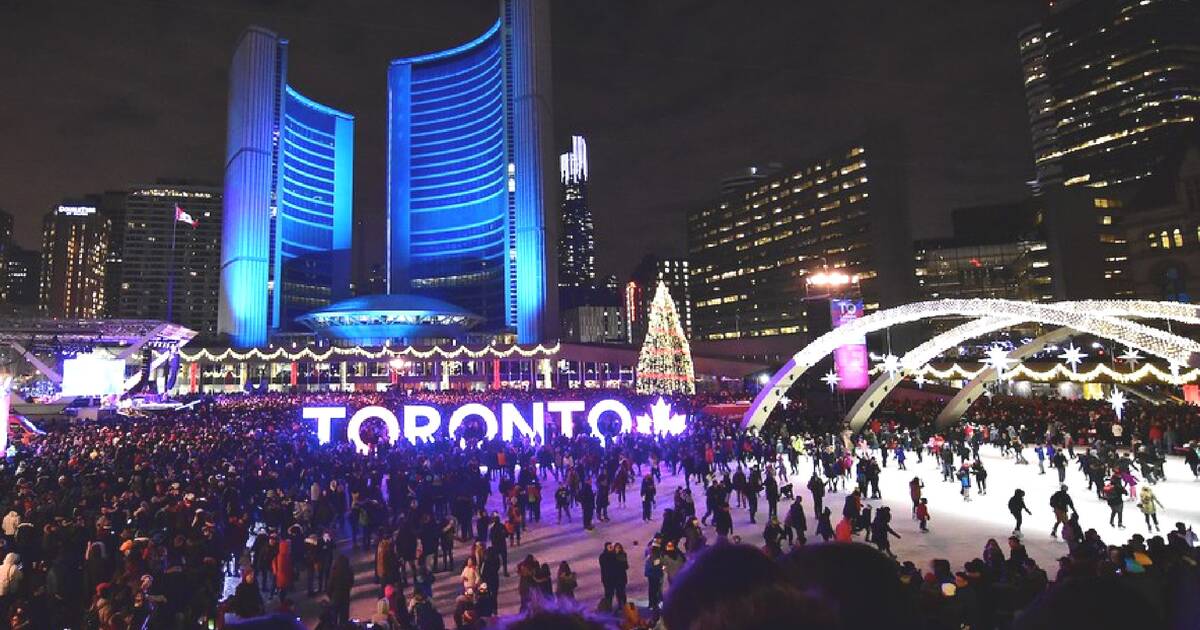 There's no shortage of things to do in Toronto on New Year's Eve. Whether you want to ring in the new year above the city, under the sea or running a 5k, Toronto's got something going on for everyone.

CN Tower New Year's Eve Party (December 31 @ CN Tower)
Celebrate the beginning of 2020 with a sprawling view of the city at the CN Tower's NYE party. It'll have great music, delicious eats and an unbeatable view.
New Year's Eve at Ripley's Aquarium of Canada (December 31 @ Ripley's Aquarium of Canada)
You can enjoy live entertainment and delicious drinks while feeling like you're swimming under the sea at the third annual Ripley's NYE party.
9th annual Midnite Run and Party New Year's Eve (December 31 @ 3 Brewers (Liberty Village))
Get a head start on your New Year's resolution by running a 5k right before the end of 2019.
NYE Rooftop Silent Disco (December 31 @ Hemingway's)
Hit up Hemingway's' silent disco for a NYE like no other. You'll get to choose between three channels of music to play through your headphones as the new decade creeps in.
New Year’s Eve at Nathan Phillips Square (December 31 @ Nathan Phillips Square)
This free annual New Year's Eve celebration features DJ skating parties, live musical performances and spectacular fireworks right in the heart of the city.

by Mira Miller via blogTO
Posted by Arun Augustin at 10:08 PM