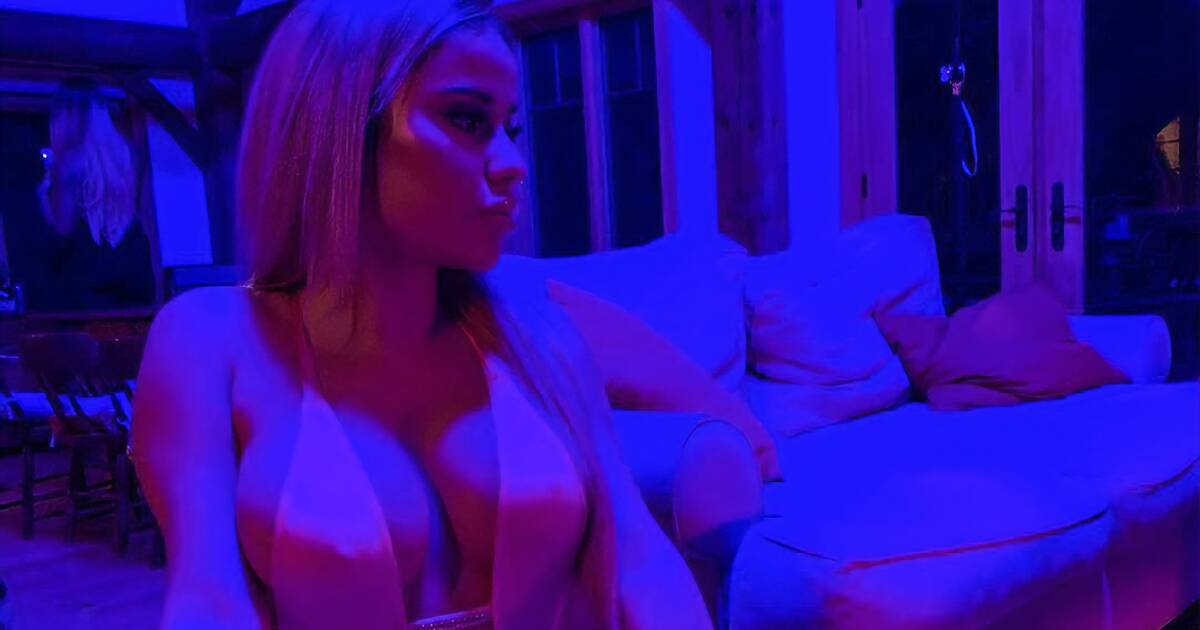 She may be facing six months in jail for endangering life, but 20-year-old Marcella Zoia just achieved something many women of her ilk and age would literally kill for: A cameo in a Drake video.

Drizzy just dropped a surprise music video for his new single, "War," that was directed by Theo Skudra and shot on location at Blue Mountain in Collingwood, just north of Toronto.

Hip hop heads are abuzz over the song's lyrics, which suggest that Drake and The Weeknd have ended their alleged feud over Bella Hadid (Merry Christmas eve, Stans!).

Toronto news bugs, on the other hand, are freaking out (and not in a good way) over the sight of Zoia, aka "Chair Girl," who was famously filmed throwing patio furniture from the balcony of a high-rise Toronto condo building over the Gardiner Expressway in February of 2019.

@Drake I saw you promoted the chair girl. You know she could of killed people and is now famous because of it right? Fuck you

Zoia was released on $2,000 bail after surrendering herself to police back in February and has been busy living the glamorous life of an Instagram "model" ever since.

The young woman pleaded guilty to mischief - endangering life in November and will return to court for sentencing on January 14, where crown prosecutors are hoping for a maximum six-month sentence.

What better way to prepare for six months of relative solitude than by going with Drake and his boys to Blue Mountain?

The chair girl is in a drake video ??? So I can throw a desk off a balcony and I’ll be in a music video 🤔🤔 https://t.co/SLXPzzV76g

The wildly-successful recording artist and business mogul starts his newest music video surrounded by friends in what looks like a dimly-lit ski chalet.

Zoia can be seen briefly at the start of the video, looking kind of cold in a bikini-style top surrounded by guys in parkas.

Why are all of the guys in Drake's new video wearing parkas inside the chalet when Chair Girl is practically naked? Not cool, on so many levels. #War pic.twitter.com/a361NQI4Cw

The scene moves to an outdoor bonfire, where Drizzy's Canada Goose-clad friends are seen ripping around on snow mobiles while the artist raps.

Scene three has Drake rapping on a ski lift in one of his own, perpetually sold-out OVO balaclavas. Before long, the Grammy-winning musician jumps off the lift to ski and snowboard, proving once again that he's a neutral Canadian Everyman whose work can be enjoyed by all.

Does Drake actually ski/snowboard that often or is he using a stunt double https://t.co/6CLmNtCbMd

After his nighttime riding sesh, Drake goes back to the chalet and parties in head-to-toe OVO outerwear, red solo cup in hand.

At this party — in which nearly all of the men are wearing parkas, toques and conspicuous Montcler ski goggles — we briefly see Chair Girl and a friend once again enjoying the festivities in very little clothing.

Zoia herself teased at the collab on Instagram last week with photos from the shoot, though it was not publicly known at the time that Drake was even working on a video at Blue Mountain.

"Yes sirrrr," reads the caption of one post that shows Chair Girl smoking something. "Straight from camera roll," reads the other. "No filter."

Those familiar with the Chair Girl saga are reacting as one might expect, given how much vitriol has been hurled in Zoia's direction this year.

"Whoever in Drake's team thought that it was a good idea to get Chair Girl in his music video is mad stupid bruh," tweeted one viewer.

"I'm outraged that drake put chair girl in the War video but left out the peepeepoopoo man," joked another.

Lol @Drake are you for real? Giving the Toronto chair girl a cameo in your music video? Way to encourage being a trash human being. #WAR pic.twitter.com/J7GTkfWUJx

Hate it as they may, people are talking about the Chair Girl cameo — and thus Drake's new video — a lot today.

"War" is currently trending at the very top of both YouTube and Twitter, which likely would have happened with or without Chair Girl's involvement.

Still, Drake's always been smart with marketing, and there's no such thing as bad press... except maybe for Chair Girl, who only seems to be making prosecutors more enraged with every floss of her glitzy lifestyle on IG.

Some people might say that appearing in a Drake video is worth six months in the slammer.

Those people are dumb.

by Lauren O'Neil via blogTO
Posted by Arun Augustin at 9:59 AM