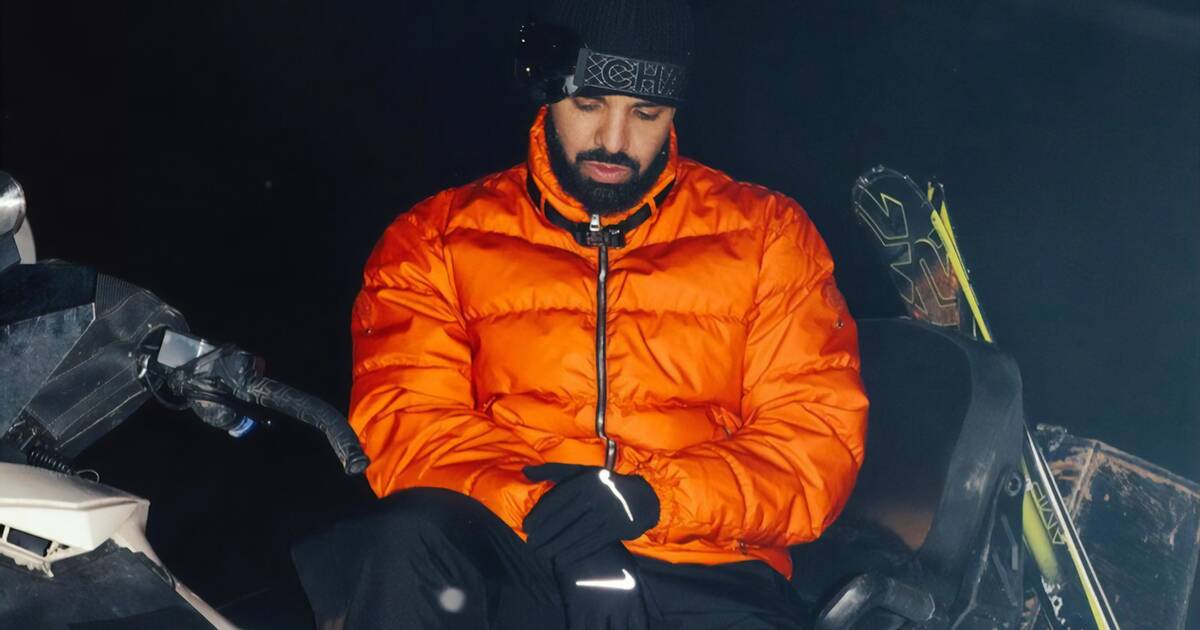 Throwing chairs off the balcony of a high-rise condo building may be enough to spark your career as a locally-noted Instagram "model," but it will do you no favours as an aspiring video vixen.

Just ask Toronto Chair Girl Marcella Zoia, who somehow landed a cameo in Drake's new music video but was edited out at the rapper's request less than 24 hours after said video dropped.

Released on Christmas Eve, the video for Drake's single "War" features dozens of people partying inside a ski chalet (interspersed with clips of the four-time Grammy winner gliding down Blue Mountain.)

Toronto viewers were quick to notice that the crew included Zoia, who pleaded guilty to mischief endangering life in November and is currently awaiting her sentence (which could include up to six months in jail.)

Zoia, 20, is best known for starring in a viral video that shows her throwing a chair from the 45th floor of a condo building near York and Harbour Streets on February 9, 2019. The chair is seen falling over Toronto's busy Gardiner Expressway in that video, narrowly missing motorists and pedestrians who could very well have been killed.

The former bottle service worker and dental hygiene student, who was kicked out of school as the result of her (at the time) alleged actions, has been criticized often since her arrest for posting racy Instagram photos, skipping court hearings and otherwise appearing unremorseful.

Her cameo in Drake's new video saw the artist himself pelted with hate on Twitter and Instagram.

"I saw you promoted the chair girl," read one Tweet to Drake. "You know she could of killed people and is now famous because of it right? Fuck you."

"Why the fuck is Drake giving chair girl a platform?" wrote another. "This trash hamster could have actually killed people."

Was it really necessary to have #ChairGirl in the #War music video? What’s the message we’re putting out there? It’s okay to be a deviant and endanger civilian lives ‘cause you’ll get rewarded by being in a rap music video and gain more clout? @Drake’s team needs to do better.

Drake heard his fans and decided to take a firm stance against Zoia's potentially lethal actions by deleting his original YouTube upload, six million views and all.

The music video's director, Theo Skudra, announced on Christmas Day that a new version of "War" had been released, writing in an Instagram Story: "Certain people we don't condone."

Drake lets it be known he didn’t choose ‘Chair Girl’ to be in his music video. pic.twitter.com/rHqXNBtPi7

Many online are applauding the move, but Zoia's lawyer, Greg Leslie, is upset.

"Marcella is a model and was asked to appear in a dance party 'which may appear' in a Drake video" he said to the Toronto Star by text message on December 25.

"As it happens she was in the video but due to public outcry she was unnecessarily edited out."

Drake and Skudra obviously found the edit necessary, though it is unclear how much either artist knew about chair girl's cameo in the first place.

"I don't choose extras for my videos by the way," wrote Drake on Instagram shortly after the original video featuring Zoia was released. "[chair emoji][embarrased face emoji]."