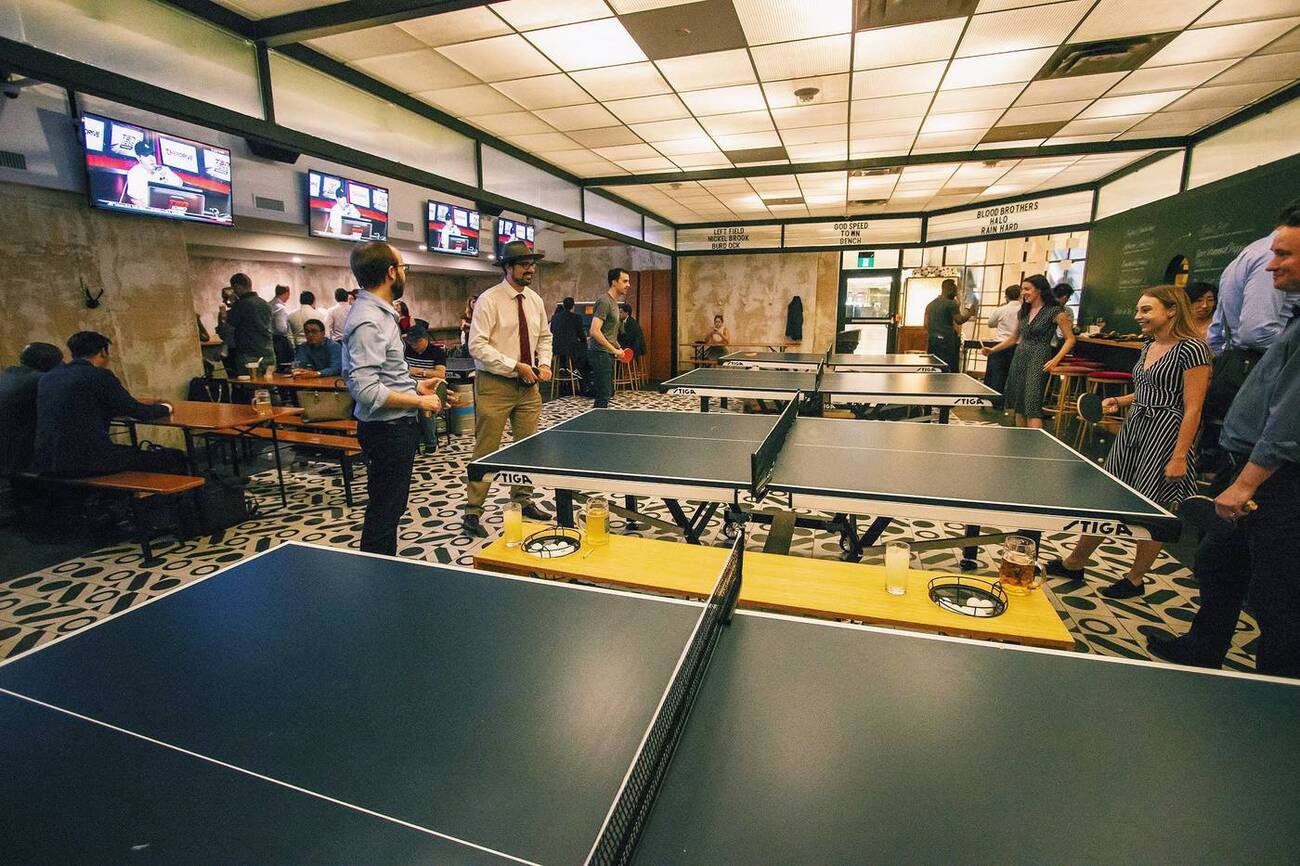 Great ideas for corporate events and after work socials will turn a formal get-together into a night actually worth leaving the house for. Gather your fellow nine-to-fivers and have some socializing time away from the water cooler.

Here are my ideas for corporate events and after work socials.

Combining the two worlds of bocce and mini golf, LOB lets you move through the course with beer in-hand while tossing these funky bocce balls across the pitch. Book in advance and divvy up the team into groups of four to play, then head to the restaurant for killer wings.

You can’t go wrong with a good ol’ bowling alley with some burgers and beers to ease the pain of those gutter balls. Head to Ballroom on John Street, where you can reserve as many as five lanes on weekdays (get there early on weekends), fitting as many as eight per lane.

Hit up an arcade for adults

Get nostalgic by throwing down with some arcade games. You’ll all feel like kids again at Rec Room on Bremner, which has almost one hundred games and a full bar to match. There’s also Tilt on Dundas West, where you can let your boss win (or totally school them) at Donkey Kong.

Show off your back spin or lack thereof by throwing a work version of a ping pong tourney. SPiN will let you book a private event, as will Smash in Riverside and the basement spot under the Financial District’s Walrus Pub, Pong Bar.

If you’ve got any alcohol aficionados on the team, or anyone who just wants to get their post-work buzz on, the Tasting Lounge at the Spirit of York let you sip on samples of gin and vodka. Meanwhile, places like Batch and Junction Craft Brewery offer flights of beer.

If you want to see a barbaric side of your coworkers you’ve never seen before, take them axe-throwing. BATL in the Port Lands lets you hurl axes at targets in an aggressive show of brute force, as does Bad Axe in the Stockyards and Stryke Target Range.

Contrary to popular belief, shuffleboard isn’t just a luxurious past-time for retirees: people with jobs can play it too. Get your shuffle on at Track and Field in Little Italy and take it to the next level with negronis on tap.

Plan an escape together

You know how the saying goes: colleagues who escape scary rooms together work well together. Nothing says "teamwork" like an escape room, and there’s tons of options in the city, from theatrical getups at The Great Escape to the one in Casa Loma.

Get your Hunger Games on with archery tag

It’s a dog-eat-dog world out here. The Archery District lets you live out your Katniss Everdeen alter-egos by offering a facility where you and the office can run around on astroturf while shooting fake arrows at each other. Talk about letting out some workplace tension.

Go on a scenic cruise

Stressful physical activities might not be everyone’s ideal way to spend their time off. Instead, opt for a more relaxing boat rental where you can soak in the city skyline aboard the Mariposa or the River Gambler. There’s also the Historic Tall Ship for a team sailing lesson.

by Tanya Mok via blogTO
Posted by Arun Augustin at 1:30 PM