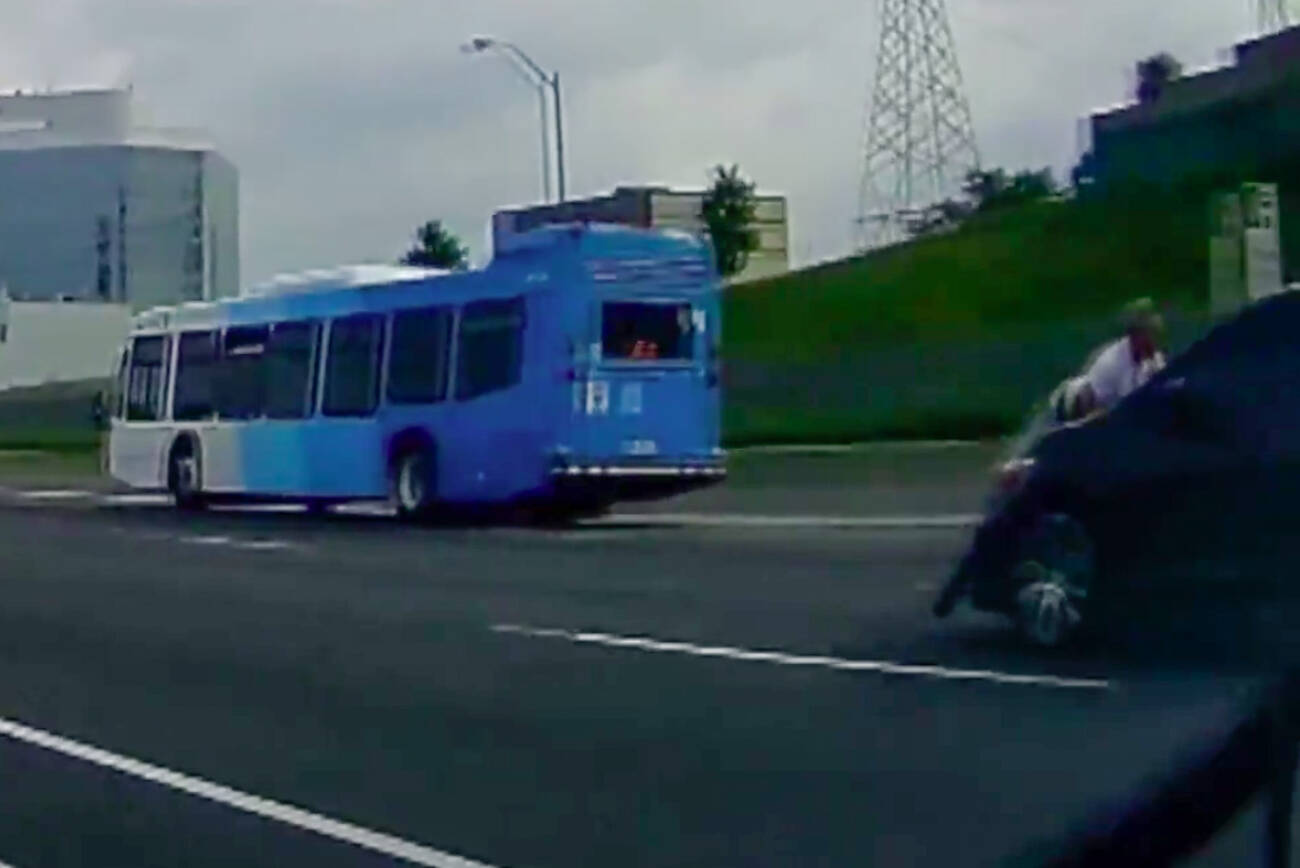 A 42-year-old Scarborough man is facing multiple charges after allegedly assaulting someone with a weapon while travelling along Highway 404 on Wednesday morning.

The weapon in question? His car — the same car pictured in a now-viral dash cam clip with a man clinging to its hood while moving at speeds of nearly 100 km/h.

Police are calling what happened on Wednesday a "road rage incident," but witnesses could be forgiven for thinking it was some good old Hollywood North movie magic (The Rock is... HOOD RIDER!).

It wasn't Dwayne Johnson, Bruce Willis or Jason Statham on the hood of that car, though. It was a local man named Dave Yeomans, who says he only jumped on the car to avoid being run over.

Yeomans, as the story goes, initiated what would be the ride of his life by refusing to let another vehicle merge in front of him on the highway.

The other driver is alleged to have started screaming profanities at Yeomans. Both vehicles eventually came to a stop — in live traffic — as the men had a war of words.

At one point, Yeomans says the other driver got out of his car and threw a tool box at him.

"Then he went back to his car, so I got out to take a picture of his licence plate and maybe him, and then he sped towards me," he said to CBC Toronto this week.

He jumped onto the car's hood so that he "wouldn't get hit" and says he thought to himself: "Just hold on to the hood and wiper blades, and hope he doesn't swerve."

Yeomans estimates that he travelled about 500 metres on the vehicle before the driver stopped abruptly, allowing him to slide off. Fellow motorist Daniel Yang managed to capture part of that journey with his dash cam.

Edward ENNIS, 42 years old from Scarborough is charged with
•Dangerous driving
•Assault with a weapon (vehicle)

OPP Sgt. Kerry Schmidt announced on Thursday that Edward Ennis of Scarborough is charged with dangerous driving and assault with a weapon for his alleged role in the road rage incident.

"There's no place for that in our society. I don't know what he was thinking," said Schmidt to CTV News last night, calling the incident "extremely dangerous."

"It could have been far worse," said the officer of how Yeomans fared. "Had he fallen off or slipped out he would have been run over by that car or any other car beside him."

Schmidt encouraged all motorists to use their heads while driving, regardless of how rushed they are.

"Everyone is trying to get to work or home or wherever and all have an agenda and all want to merge or drive at their own pace," he said. "A little bit of courtesy, decency and respect goes a long way in de-escalating these kind of things."

by Lauren O'Neil via blogTO
Posted by Arun Augustin at 7:03 AM