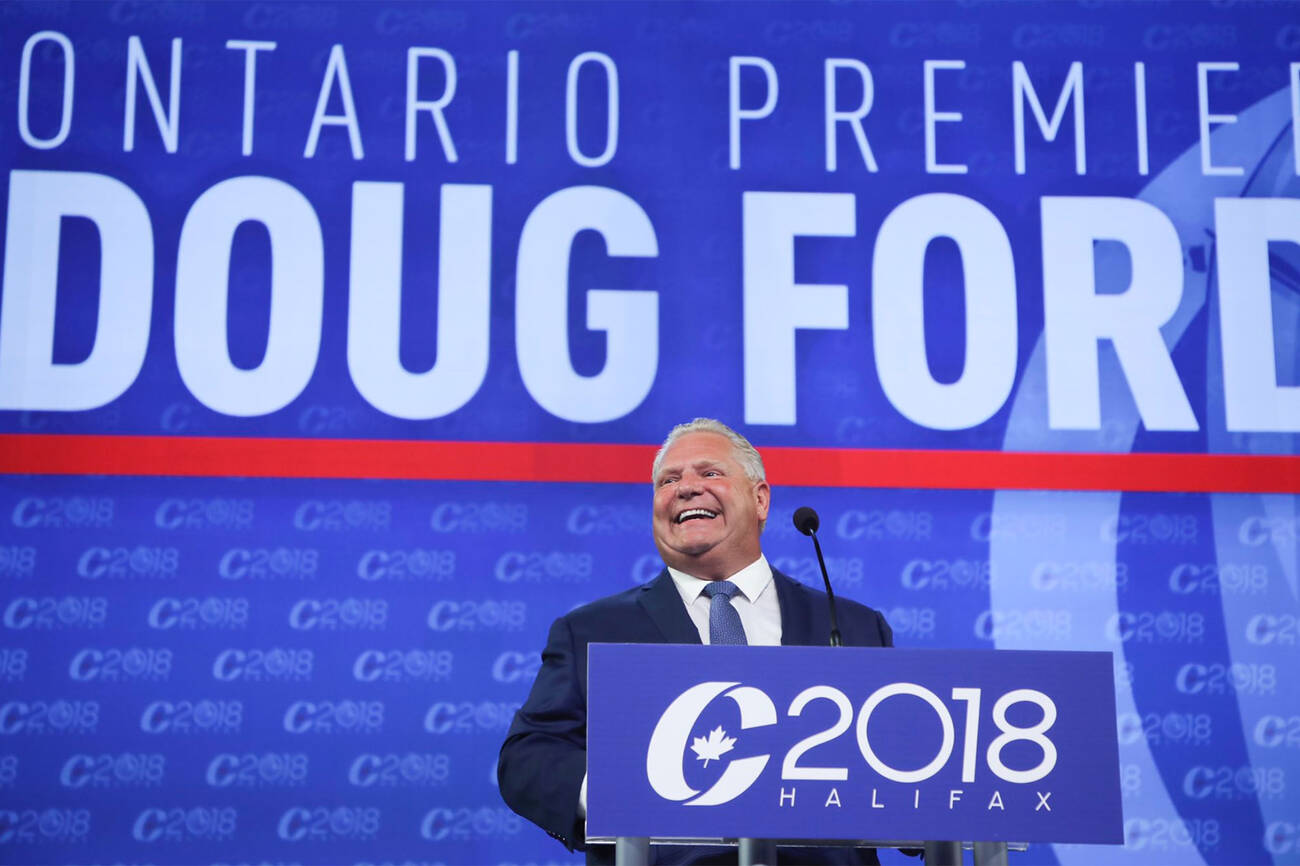 Ontario Premier Doug Ford's office has denied issuing a directive in which government staffers were told not to talk about climate change on social media.

As for how senior communications officials from both Ontario Parks and the Ministry of Natural Resources and Forestry came to believe the exact opposite, the Premier's Office has yet to explain.

"I can assure you that no direction from the Premier's Office or Cabinet Office restricting the use of the term 'climate change' on social media was given," said Environment Minister Rod Phillips on Friday after we published an internal email sent to Ontario Parks employees.

"The email sent to ministry staff was a mistake."

"The email sent to ministry staff was a mistake" uh... can someone translate? https://t.co/M9YOgYuhJ9

Phillips was responding to a letter from Green Party Leader Mike Schreiner, who on Thursday wrote that that he was "shocked" by the allegations.

"If true, these actions are extreme and unjustified," he said of the Ontario Parks email. "Government censorship of science is unacceptable in a democracy."

That email was one of two leaked to us by multiple government employees late last week.

The first, sent around August 19 by Ontario Parks Social Media Coordinator Anne MacLachlan reads, in part: "Per Premier's Office direction, we are not allowed to mention climate change in social media content at this time."

An Ontario Parks employee who wishes to remain anonymous sent us this: https://t.co/3f8NBkT6m1 #onpoli #climatechange pic.twitter.com/hMtGui8pV3

The second email was written on August 17 by Lisa Sarracini, Director of Communications Services for the Ministry of Natural Resources and Forestry.

"As some of you will now have heard, Premier's Office is reviewing and approving all social media content, from all ministry channels," reads Sarracini's message, which we published on Friday.

"PO has indicated they will not be approving any posts mentioning climate change at this time."

Time to focus on climate action. We have a plan. Ontario has no plan. https://t.co/rqKTRKXqYo

Ford spokesperson Laryssa Waler-Hetmanczuk told us on Thursday that no such orders had come from the premier's office.

She reiterated this to a Canadian wire service on Friday, saying that both emails were based on false information.

"The premier's office has never given direction to anyone in the government not to use the term climate change on social media," she stated. "To say otherwise is 100 per cent false."

Acting secretary of cabinet Steven Davidson wrote similarly in a memo to deputy ministers on Friday that "the premier's office never provided direction regarding the reference of climate change in social media posts."

No one in the Premier's Office, or anyone in any decision-making capacity in the Ontario government, has ever issued a directive not to use the term climate change. https://t.co/ntbrU5yUwN

"Integrity, accuracy, professionalism and the highest possible ethical standards are core principles of our work," said Davidson's memo. "In order to ensure greater trust and integrity within the system, an internal audit is already underway to strengthen our security procedures."

Davidson noted that the government had launched an investigation to "determine how this inaccuracy was released to the media," but did not say how or why the emails came to be in the first place.

"We understand the importance of taking steps to ensure we protect our environment," reads his letter to MPP Schreiner. "We care a great deal about the environment and remain committed to take action to encourage lower emissions."