Toronto Labour Day Parade is skipping the CNE this year 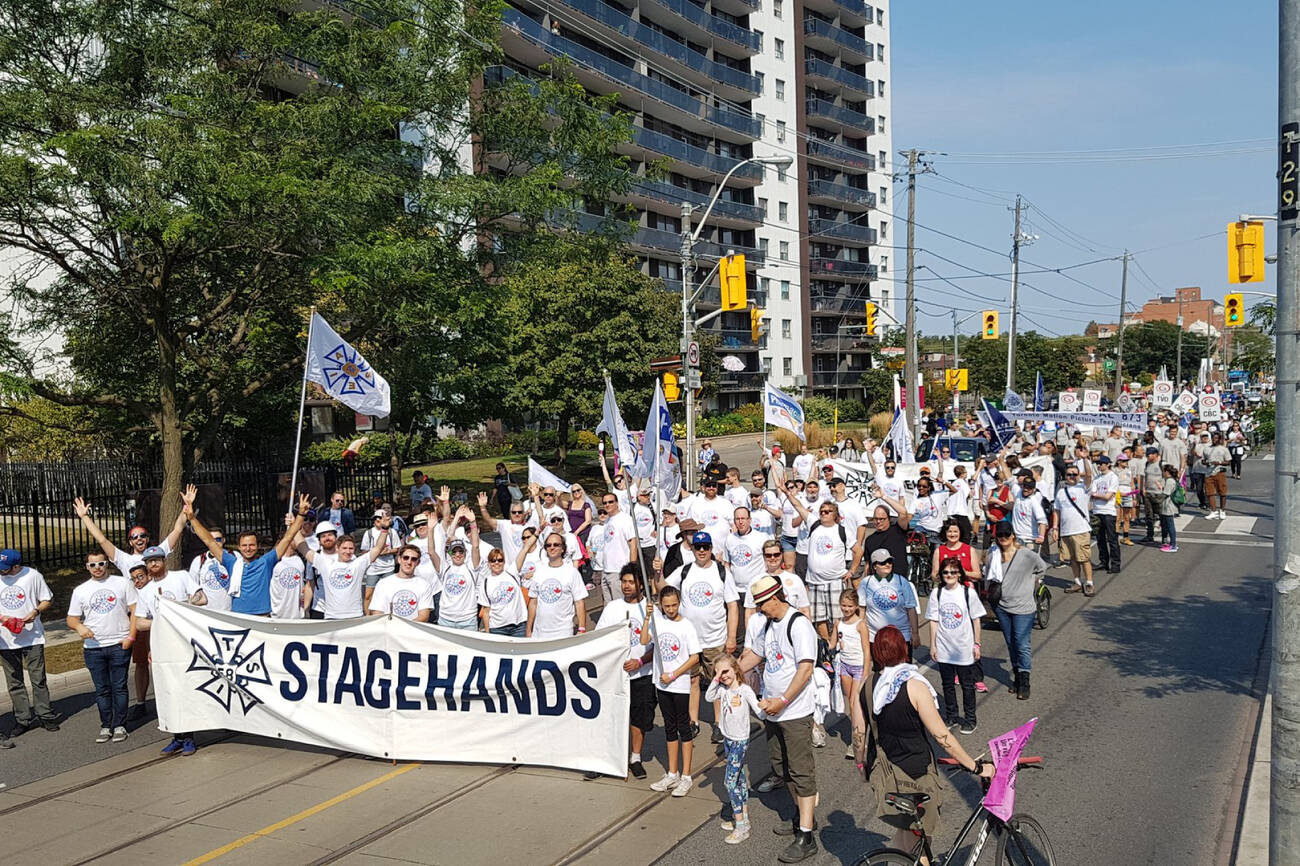 The Toronto Labour Day Parade will be altering its route this year, to avoid crossing a picket line at the CNE.

Instead, the Parade will redirect and end at Lamport Stadium. The Parade ends at the CNE every year.

However, the IATSE Local 58 lock out is still not resolved, and workers are continuing their picket line in front of the Exhibition Grounds, awaiting a resolution from higher powers.

"If the lockout is still in place on Labour Day, the Toronto & York Region Labour Council will change the parade route so that it no longer ends at the CNE and CNE wristbands will also not be handed out," reads a release on CUPE Local 79's website.

"Labour Day celebrates the gains we have made as a labour movement through solidarity. It’s a reminder of what workers can achieve through collective action, and we can not condone crossing a picket line."

Labour Day is quickly approaching and we want you to march with us in Toronto's Labour Day Parade! Due to the lockout of IATSE Local 58 the parade will be ending at Lamport Stadium and we will be not be going to the CNE. More details: https://t.co/NEc7MaSDX3 pic.twitter.com/9so3E1ohiE

Other unions in the city have also stated the news on their own social media, reaffirming the unwillingness to disregard the lock out of a fellow union.

by Michael Ott via blogTO
Posted by Arun Augustin at 12:28 PM