Toronto is losing a streetcar route 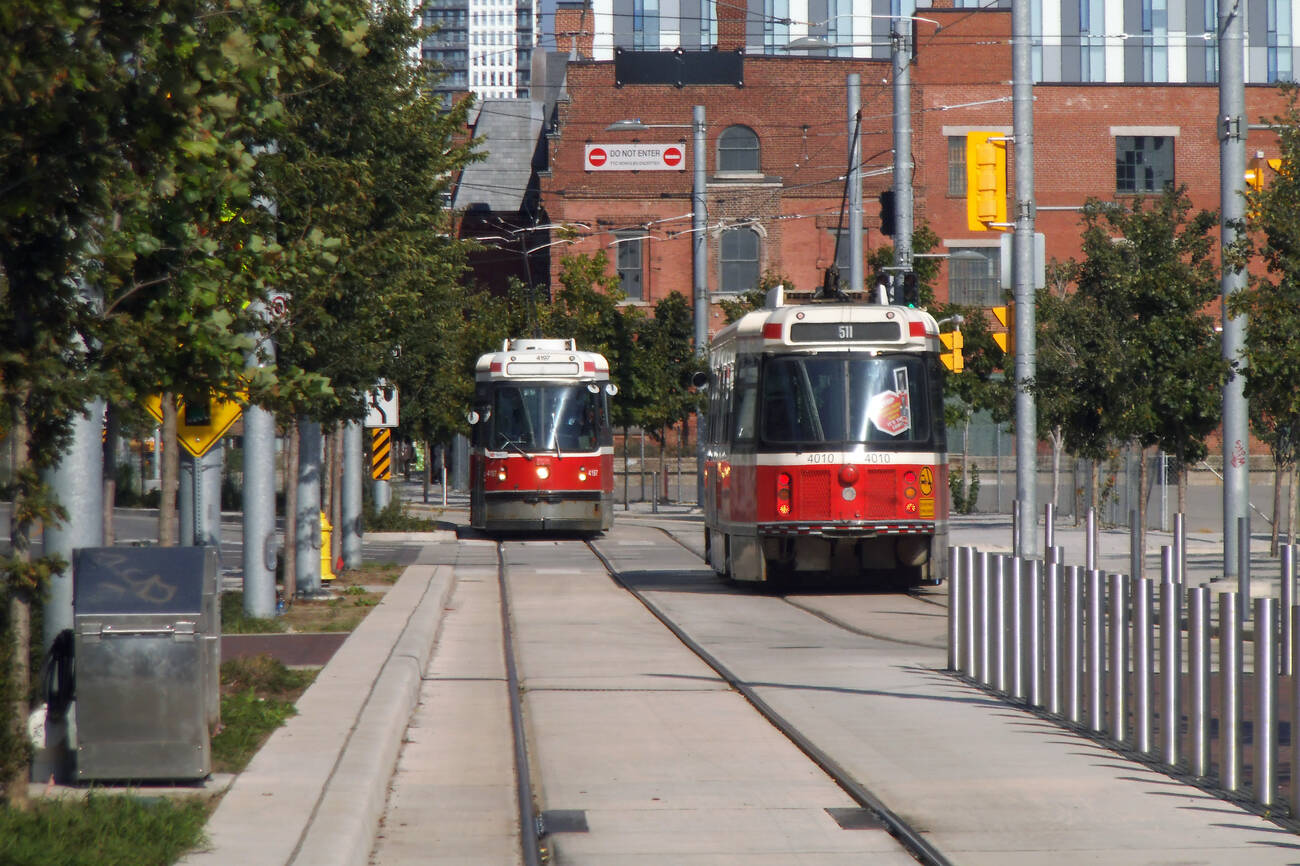 Get your fill of the 514 Cherry streetcar while you can, TTC riders, because soon it'll be gone for good.

The Toronto Transit Commission is set to make one of its regular, roughly 10-times-per-year service changes to "adjust routes and schedules to better meet customer needs" on October 7, according to its website.

One of those changes is to King Street — Toronto's most popular surface transit corridor.

"In October, we are bringing in a change on King Street to provide more reliable service with fewer scheduled short turns," wrote TTC Chief Executive Office Richard Leary in his August 2018 CEO's report, which was released yesterday.

"The current 504 King and 514 Cherry routes will be replaced by two branches of the 504 King service," he explains. "504A will run from Dundas West Station to the Distillery Loop, and 504B will run between Broadview Station and Dufferin Loop."

Although the "standard" routes return to King Street on September 2, a new service plan, much like the summer arrangement, will see the end of 514 Cherry on Thanksgiving weekend, replaced by a branch of the 504. https://t.co/X2FJZKsCnm

As Toronto transit advocate and author Steve Munro points out on his blog this week, the 514 Cherry car has actually been on a "temporary hiatus" since June 24 due to construction on Broadview Avenue.

Standard service is set to resume in early September when the reconstruction of Broadview wraps, but it'll only last for one month before the TTC permanently ditches the Cherry route.

There will no longer be one car running between Dufferin Gate Loop and Distillery Loop, but two different 504 King routes for those who want to make the full trek across town.

"The two services will operate at the same frequency and will be scheduled, to the degree anything like this actually happens on the TTC, so that they blend in the central part of the line rather than running in pairs," writes Munro.

"Most of the recovery time (layovers) will be scheduled at Dufferin and Distillery Loops so that streetcars are not sitting in subway station loops with queues extending out onto the street."

Munro says that all service on the split line will be scheduled to operate with new Flexity low floor streetcars — that is, once Bombardier delivers enough of them for that to happen.

Standard CLRV streetcars will bridge the gap in the meantime, on King Street and everywhere else in the city. When they can.

by Lauren O'Neil via blogTO
Posted by Arun Augustin at 9:10 AM