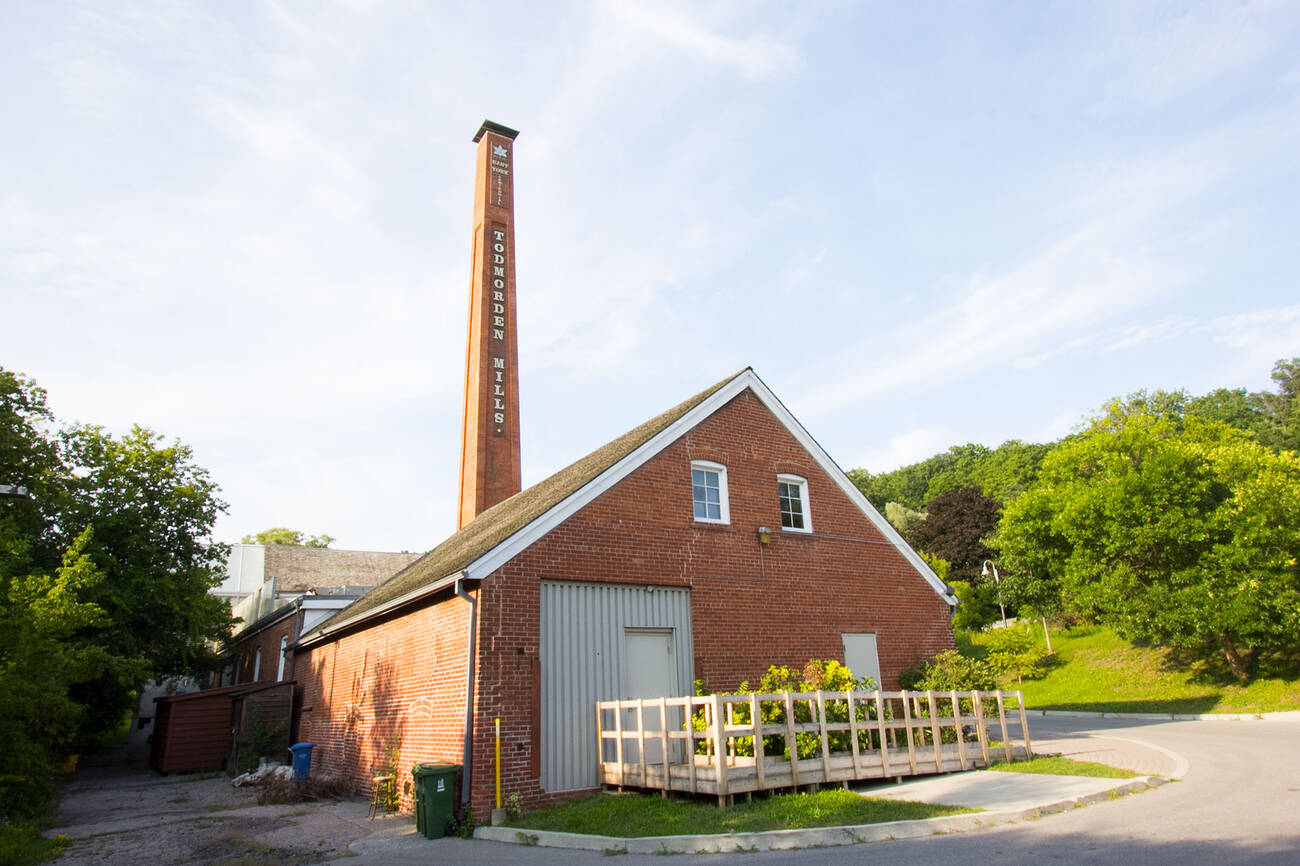 Todmorden Mills is a small piece of historic land sitting in one of the greenest stretches of Toronto: the Don Valley.

Embodying several centuries of industrial change in the city, the heritage site offers a glimpse into the early days of Toronto (back when it was called York) and its relationship with the small industrial village known as Todmorden. 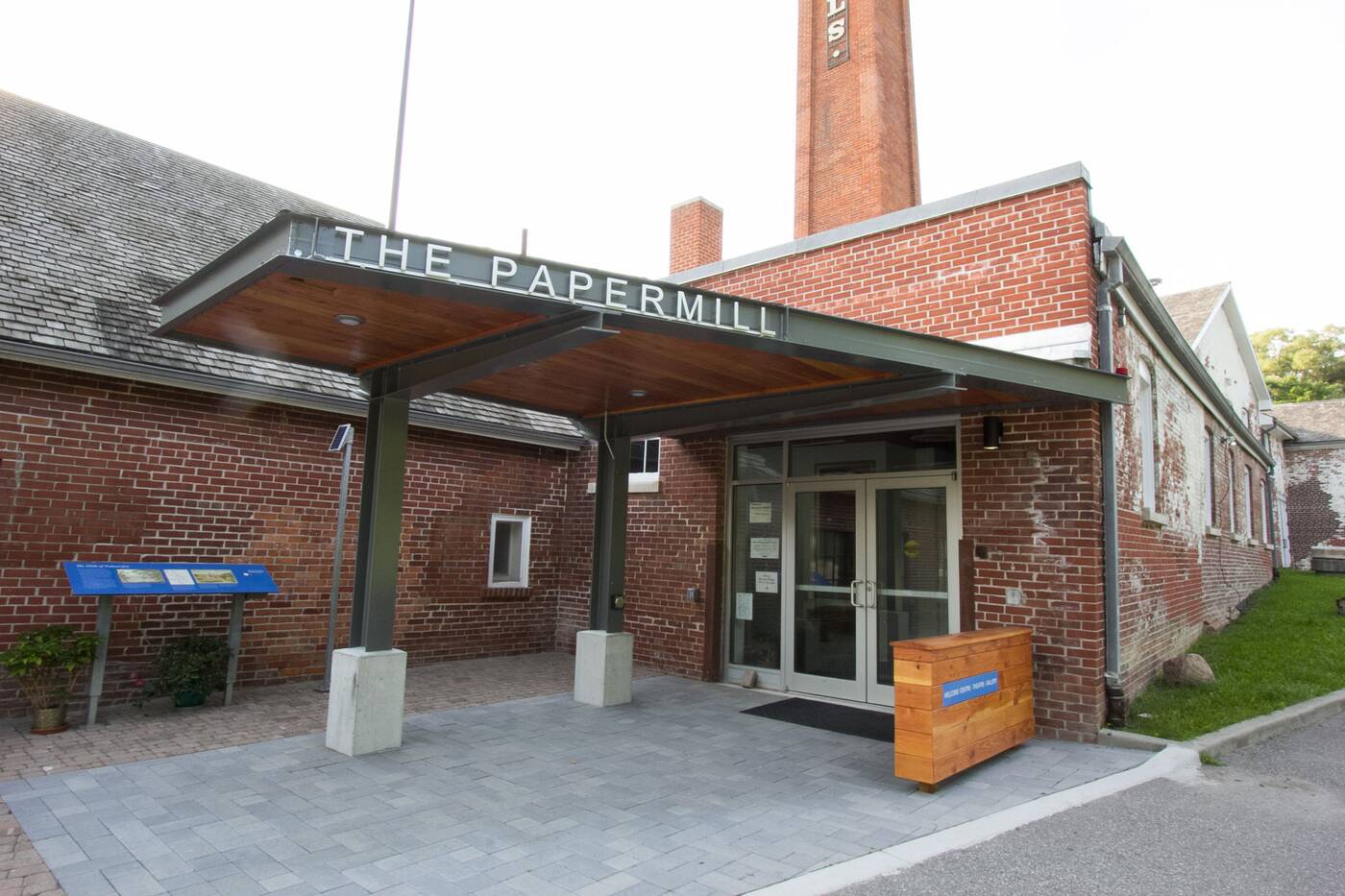 The restored paper mill at Todmorden has been transformed into a gallery and museum.

Today, the site and park sits between the bustling DVP and Broadview Avenue, located just off of an ever-winding Pottery Road. Not far across the highway lies the Don Valley Brick Works. 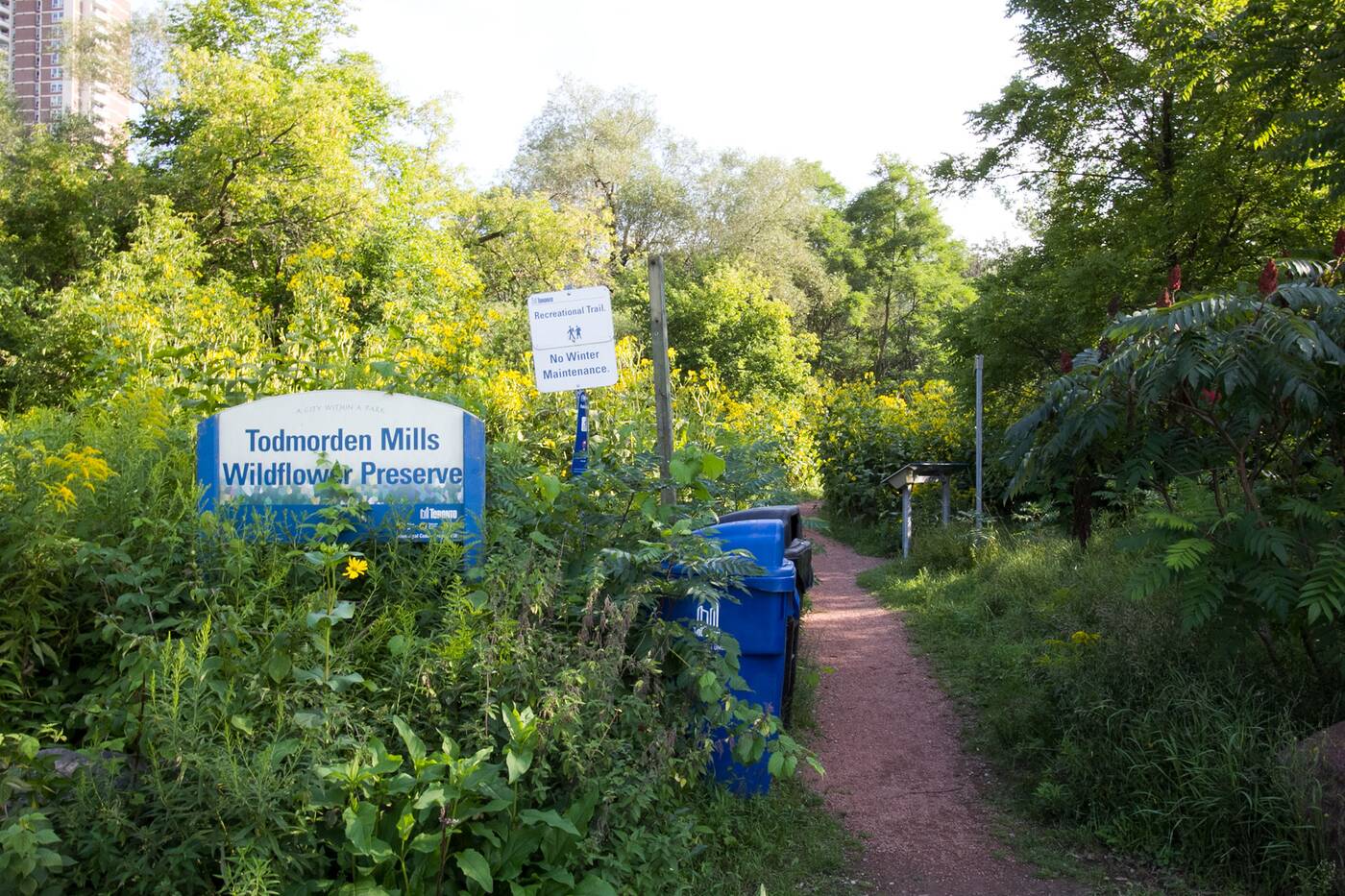 The Wildflower Preserve was established in 1991.

A visit here shouldn't take more than an hour to explore, if you include the 9.2 hectare Wildflower Preserve, which you can explore via a 15-minute walk through the Oxbow Trail.

Historically, Todmorden Mills' inception as a small settlement began with early Town of York's need for lumber, established in the heart of the valley in 1795. 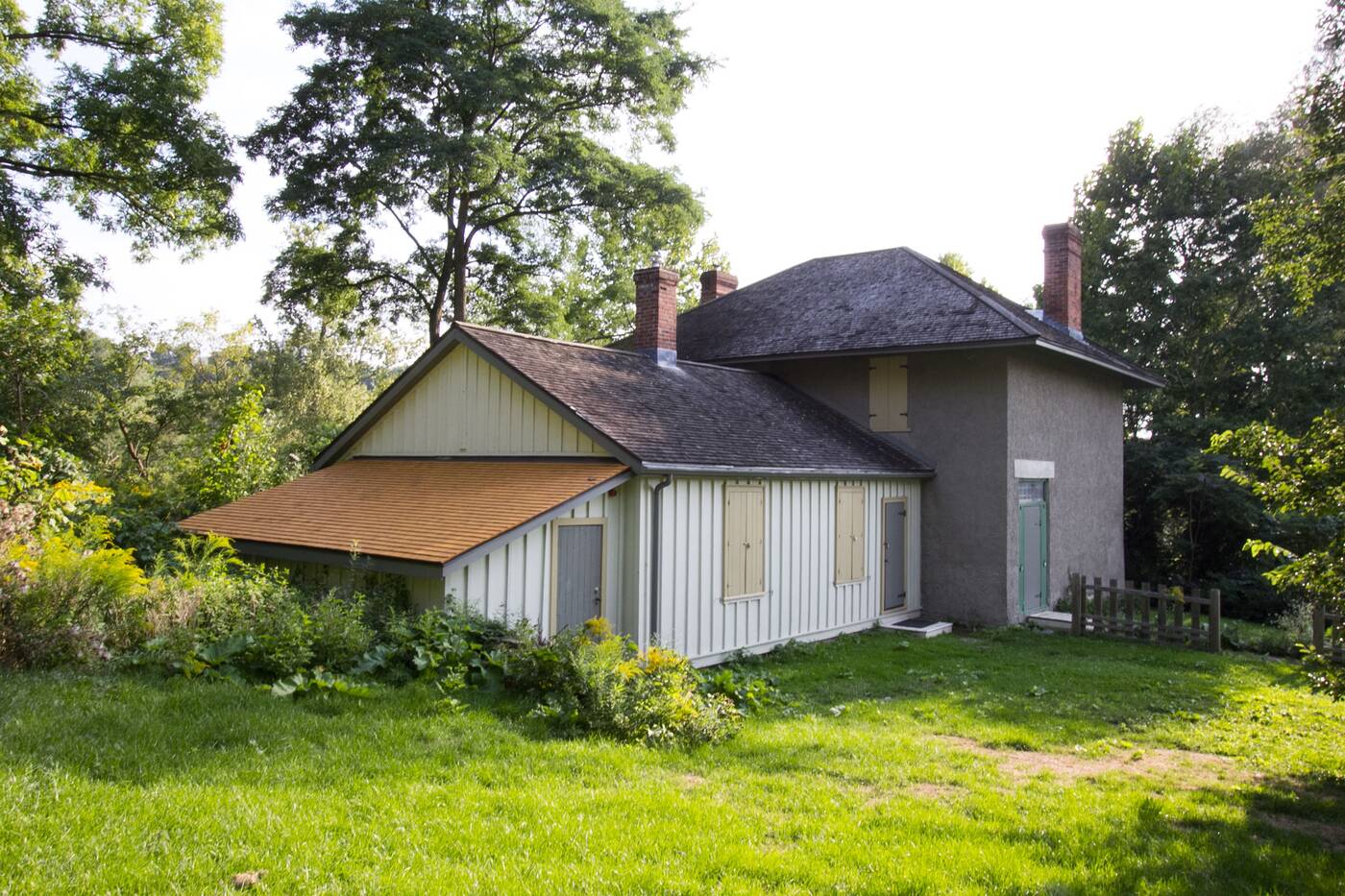 The Helliwell House is the oldest structure in Todmorden.

Powered by the water from the Don River, Todmorden's sawmill created construction materials which were transported south to York via several roads connecting to the shore of Lake Ontario​​​​​​, including Broaview and Pottery Road as we know them today.

The lumber mill eventually expanded to include grist- then paper mills (which produced York's first machine-made paper), a brewery, a distillery, and buildings for workers to live in with their families. 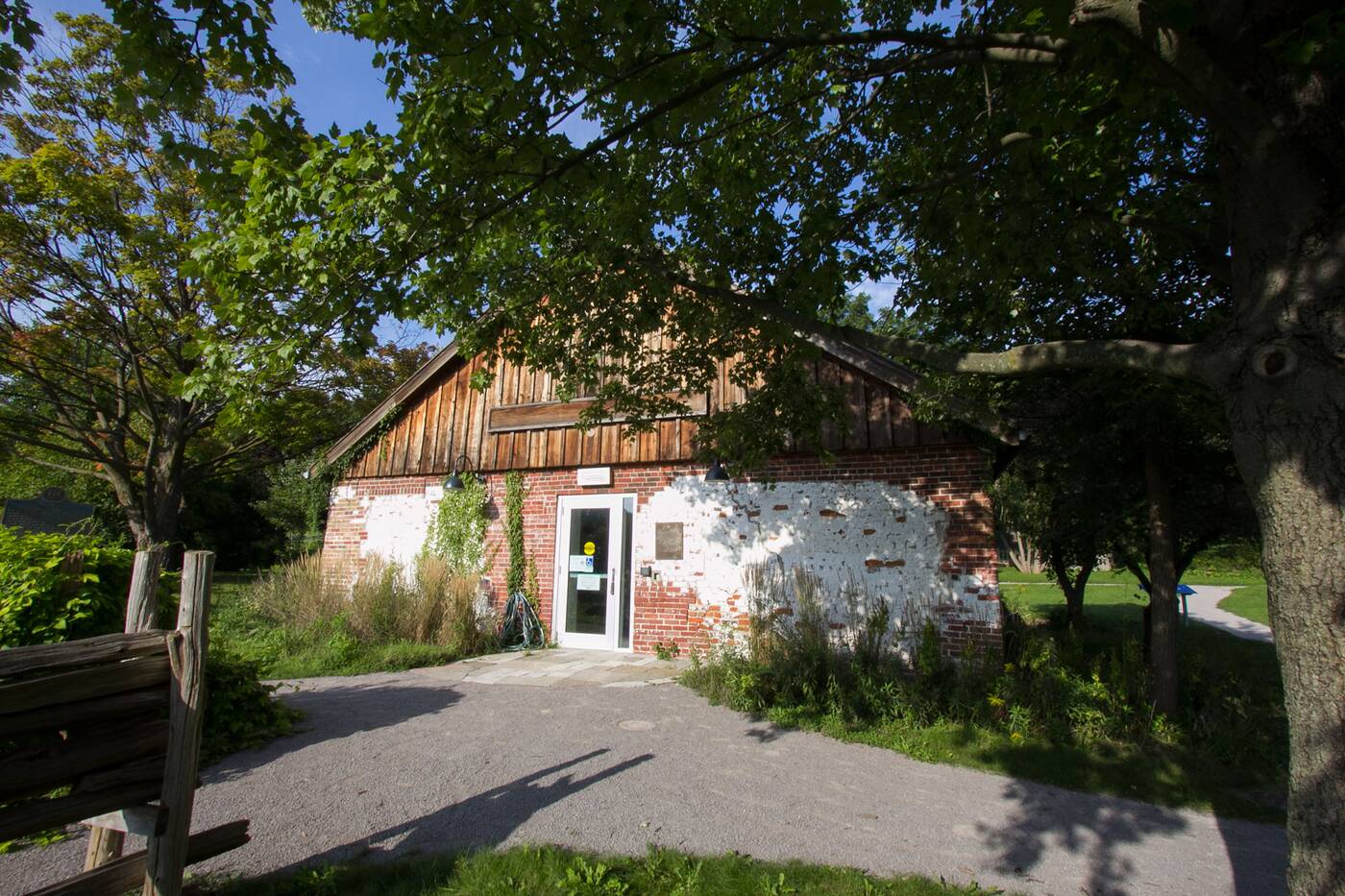 The Brewery building houses a museum.

A fire in 1900 eventually ceased all papermaking—though the paper mill's tall chimney still stands today—and areas of the property became home to a few riding schools.

In later years, the 'Dirty Thirties' brought many unemployed men (who unironically called themselves the 'Cave and Shack Dwellers') to the area, where they sought refuge in the valley and in the kilns of the Don Valley Brickworks during winter. 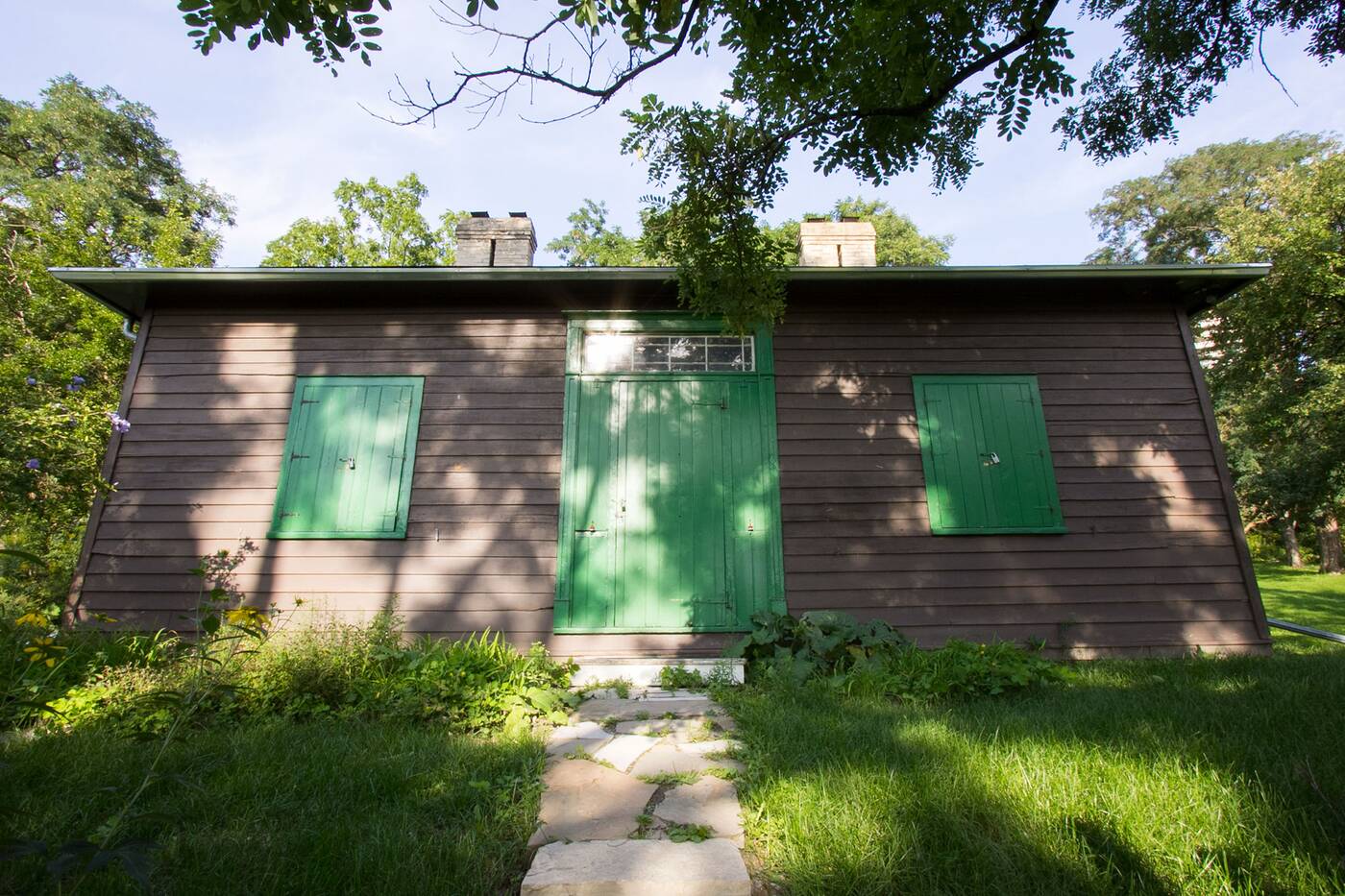 The Cottage was originally thought to have been built in 1790, but was actually built in 1850.

More dramatically, the years during WWII saw the site become a holding ground for German prisoners of war, where they laboured in the neighbouring Don Valley Brick Works before being repatriated in 1945.

Today, what's left of the entire property consists of four buildings, including two 19th century houses, a brewery (which acts as a museum and gallery), and the recently restored paper mill (now the Papermill Theatre & Gallery, which hosts cultural events throughout the year.) 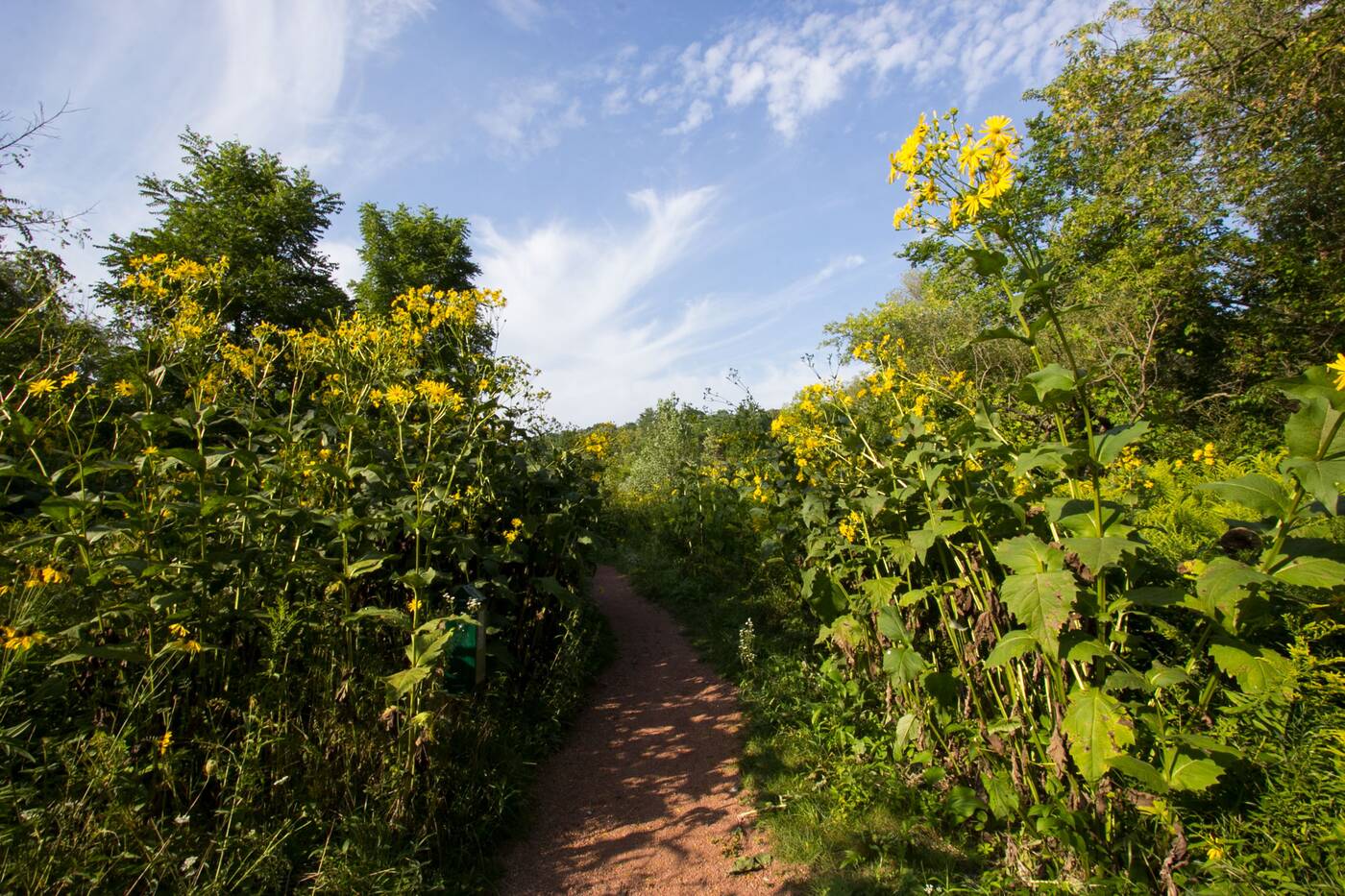 The Wildflower Preserve is a 9.2 hectare piece of land.

The Helliwell House is the oldest structure on the site. Made of mud brick, the two-storey house was built in 1838 and includes an extension built sometime in the 1860s. The second remaining house, called the Cottage, is suspected to have been built in 1850.

Re-opened as the Todmorden Mills Historic Site in 1967 under the eye of East York's mayor True Davidson and conservationist Charles Sauriol, the mill site also housed the Don railways station before it migrated down to Roundhouse Park after 40 years. 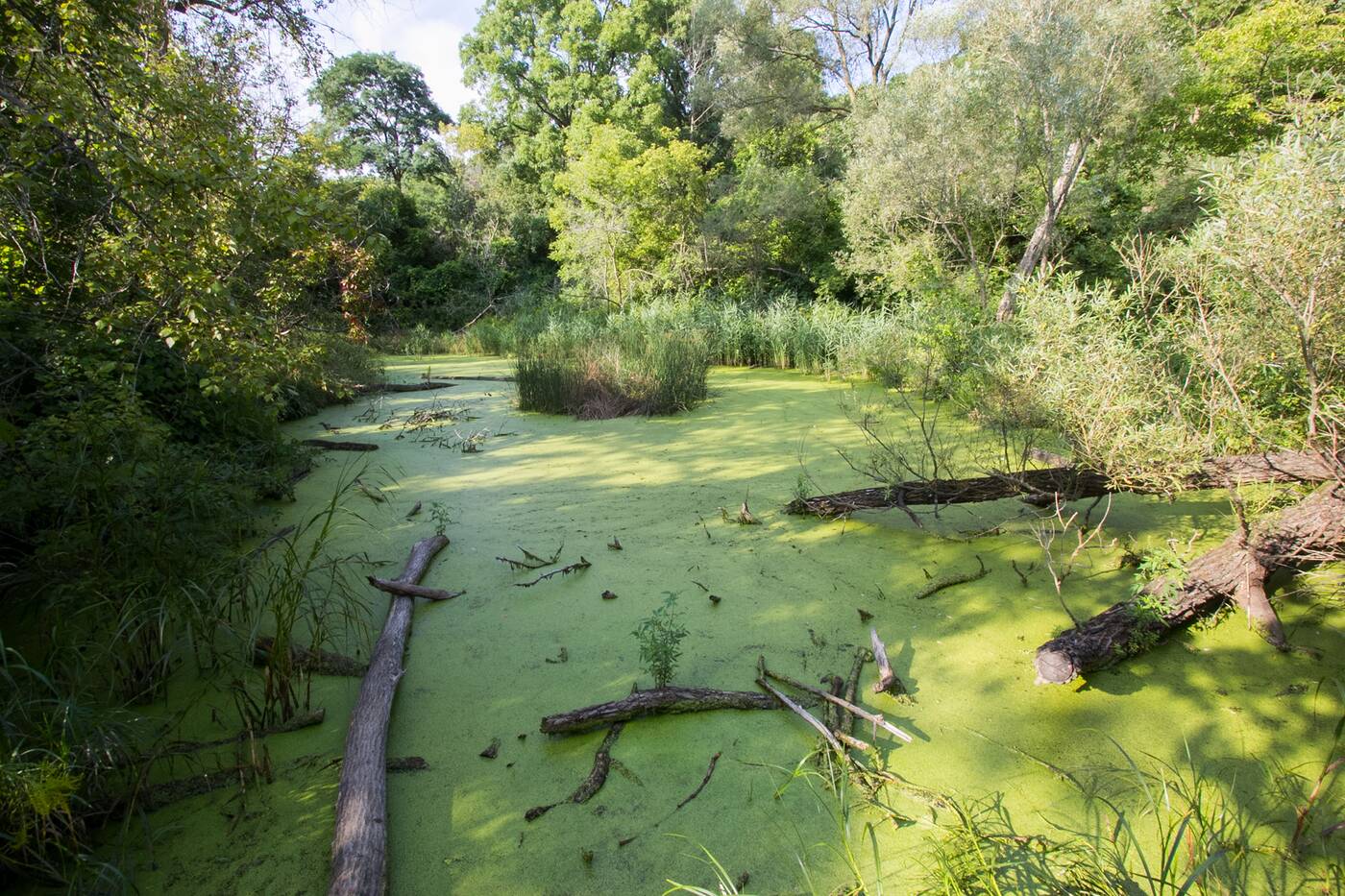 The Oxbow Trail runs behind the Wildflower Preserve over a few small brides and along a marsh.

The Don River has suffered extensively due to all the industrialization, the most damaging of all being the construction of the DVP. Several convervationist groups have assembled since the 1940s to protect and restore the area.

The resulting creation is the Wildflower Preserve, established in 1991. A path called the Oxbow Trail travels through the preserve and takes about 15 minutes to walk.

Surveying the fields of scenic nature here, Todmorden is a reminder that although Toronto's history may be an industrial past, sustainability and greenery are all a part of the city's future. 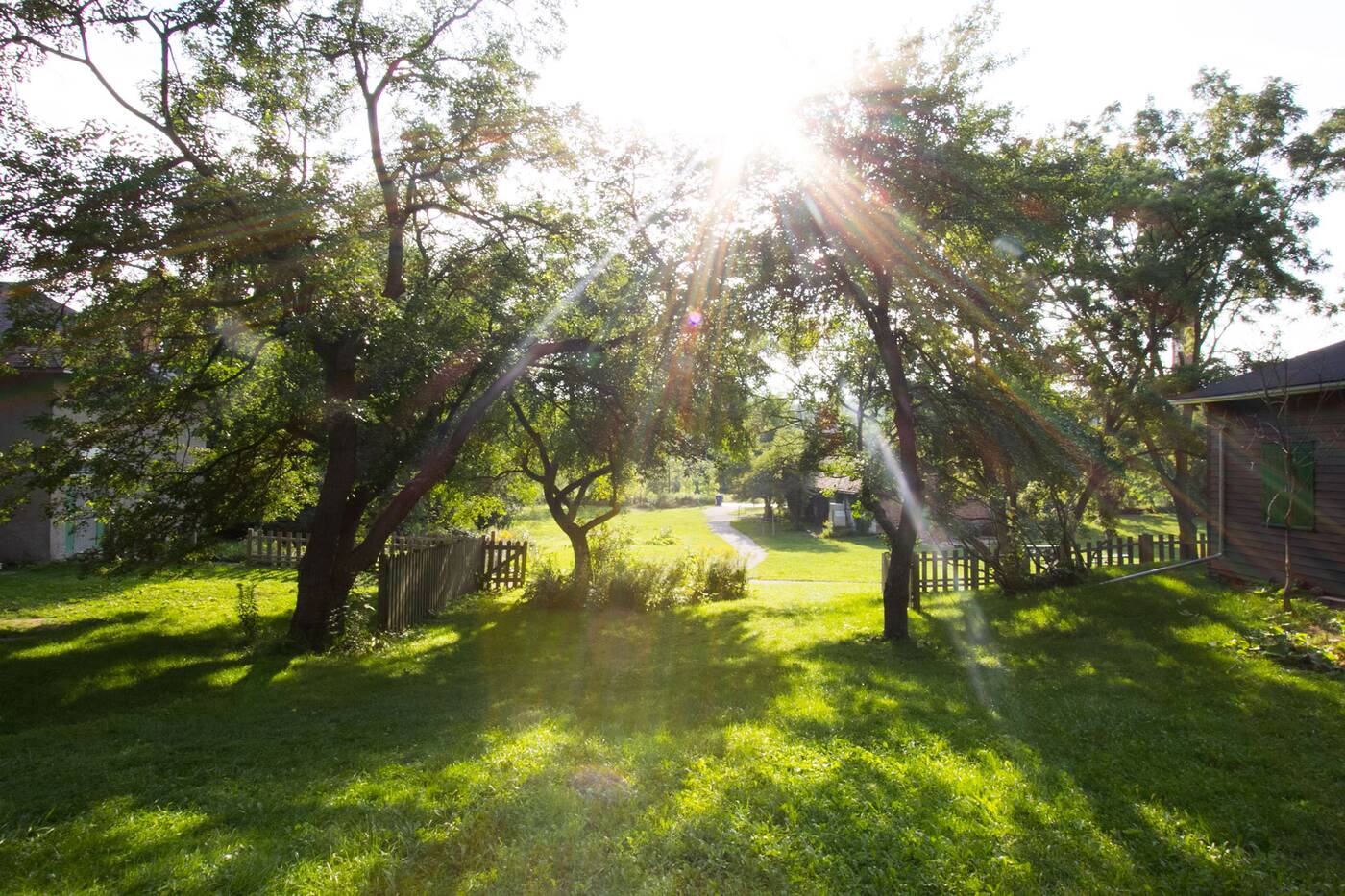