Someone just painted murals next to Toronto streetcar stops 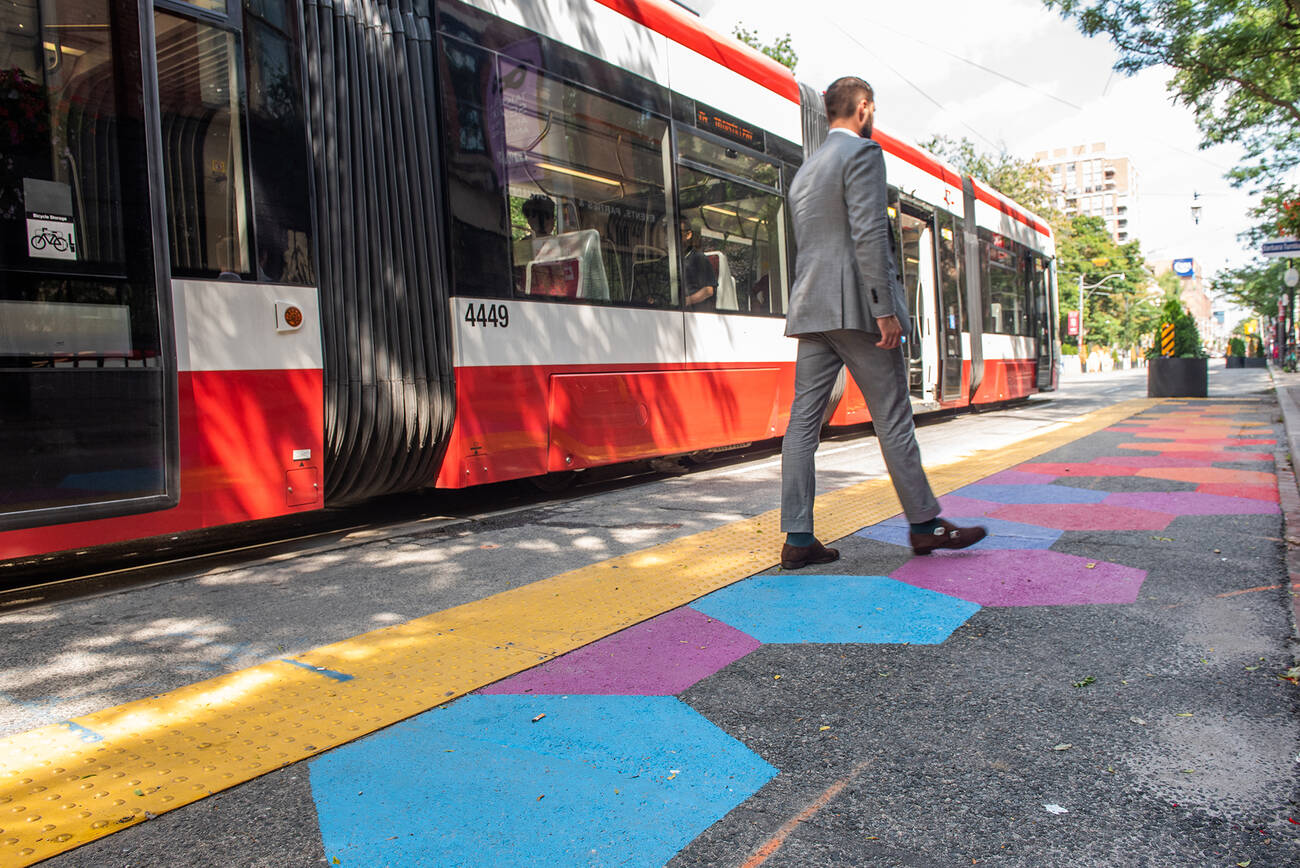 King Street just got a little prettier, thanks to the artists behind a new series of murals.

While Toronto has plenty of wall art beautifying the backs of stores and alleyways, these murals are actually painted on the street.

This is because they are made for streetcar safety—that is, painted in the boxes where the streetcar stops, helping to prevent cars and pedestrians from entering the dangerous zone at the wrong time. 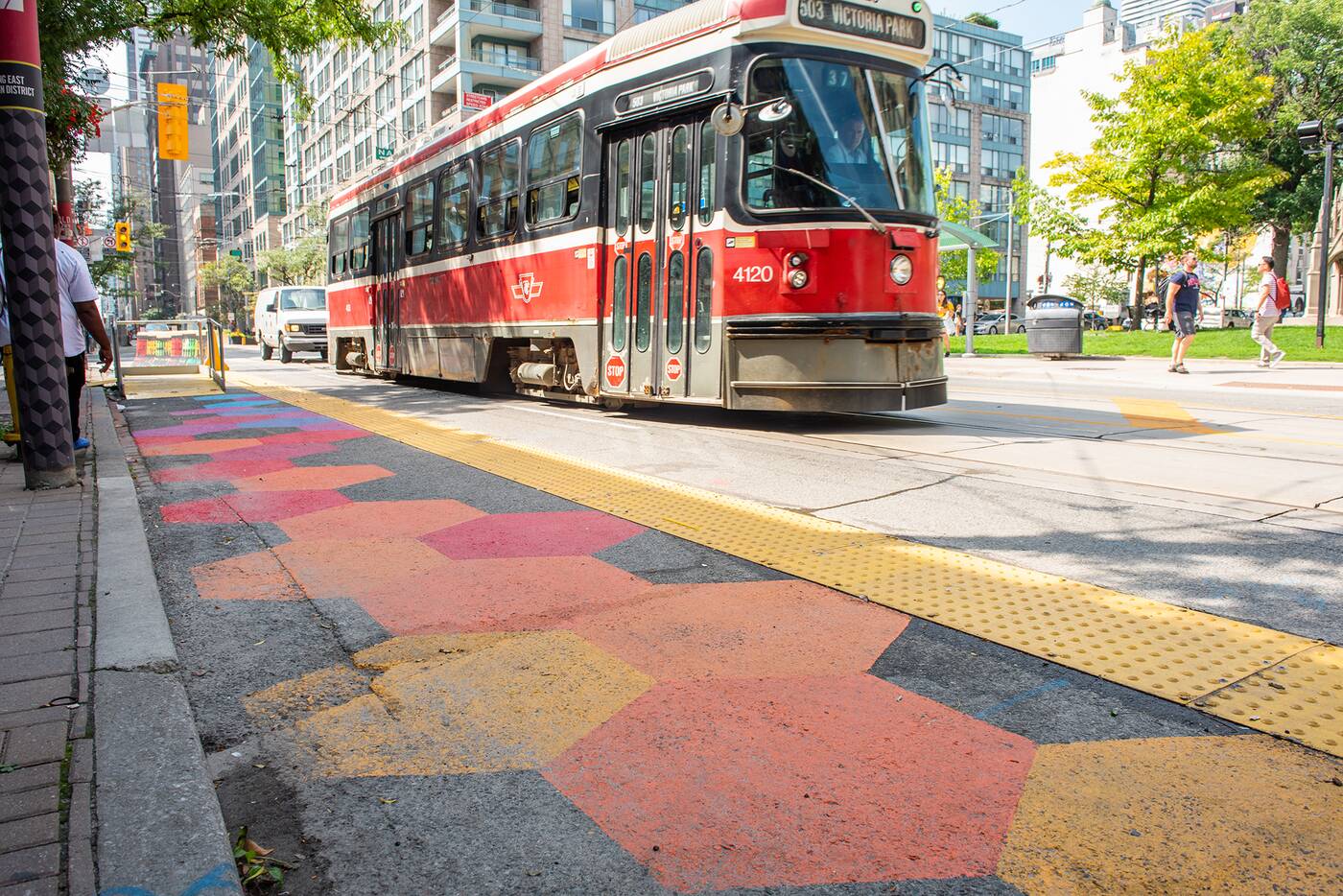 The murals, which are a brainchild of Andrew Patterson and Lucas DeClavasio, won the NXT City Prize in 2016, and were supported by then-chief city planner, now-mayoral candidate Jennifer Keesmaat.

The idea was meant to be a part of the King Street Pilot project, and has now been completed at the corner of King and Church streets. 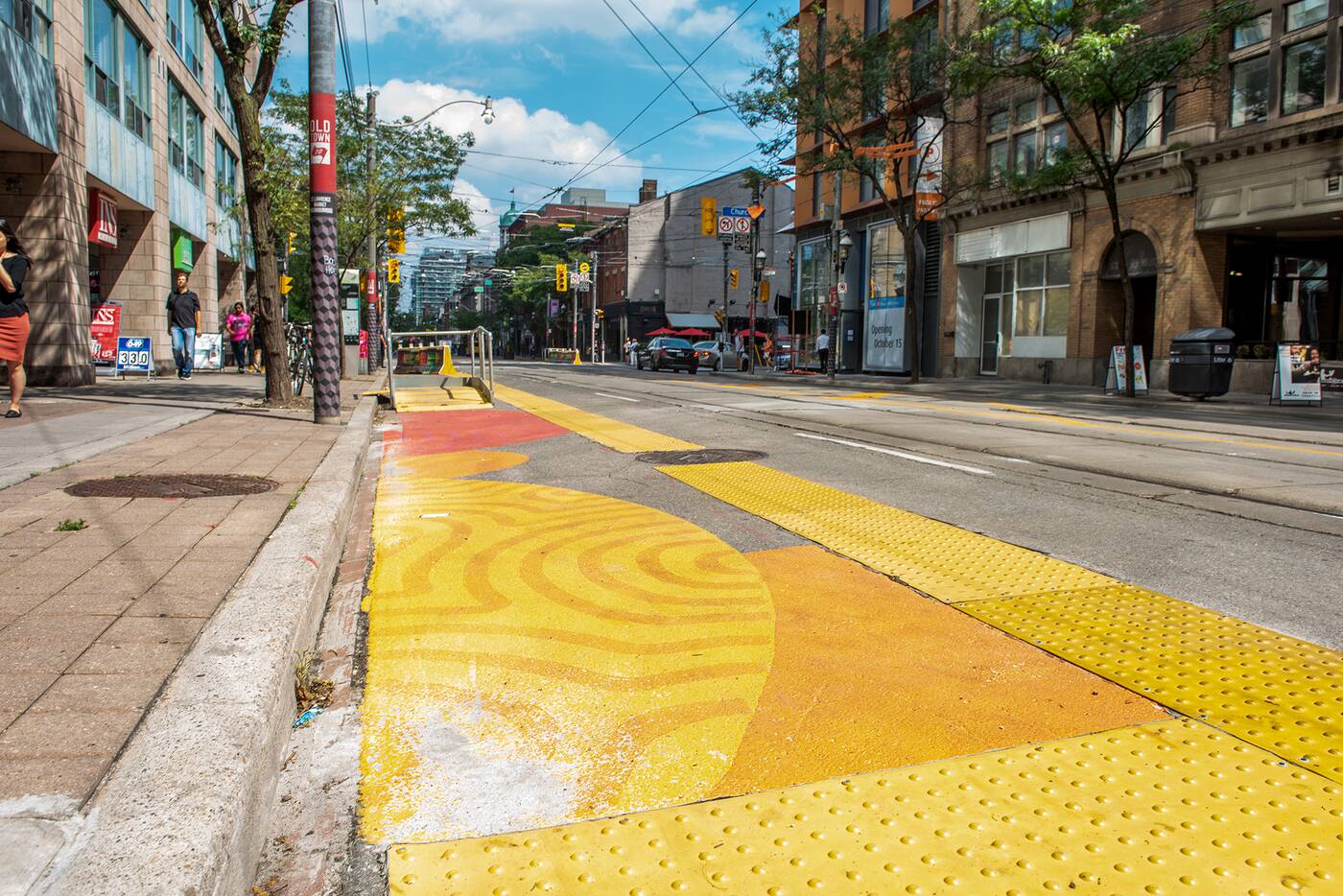 One of the murals seems to have faded a bit after a few days of heavy rain, but the artists did plan to test different types of paint to see which would be the most durable. Another coat should spruce it right up. 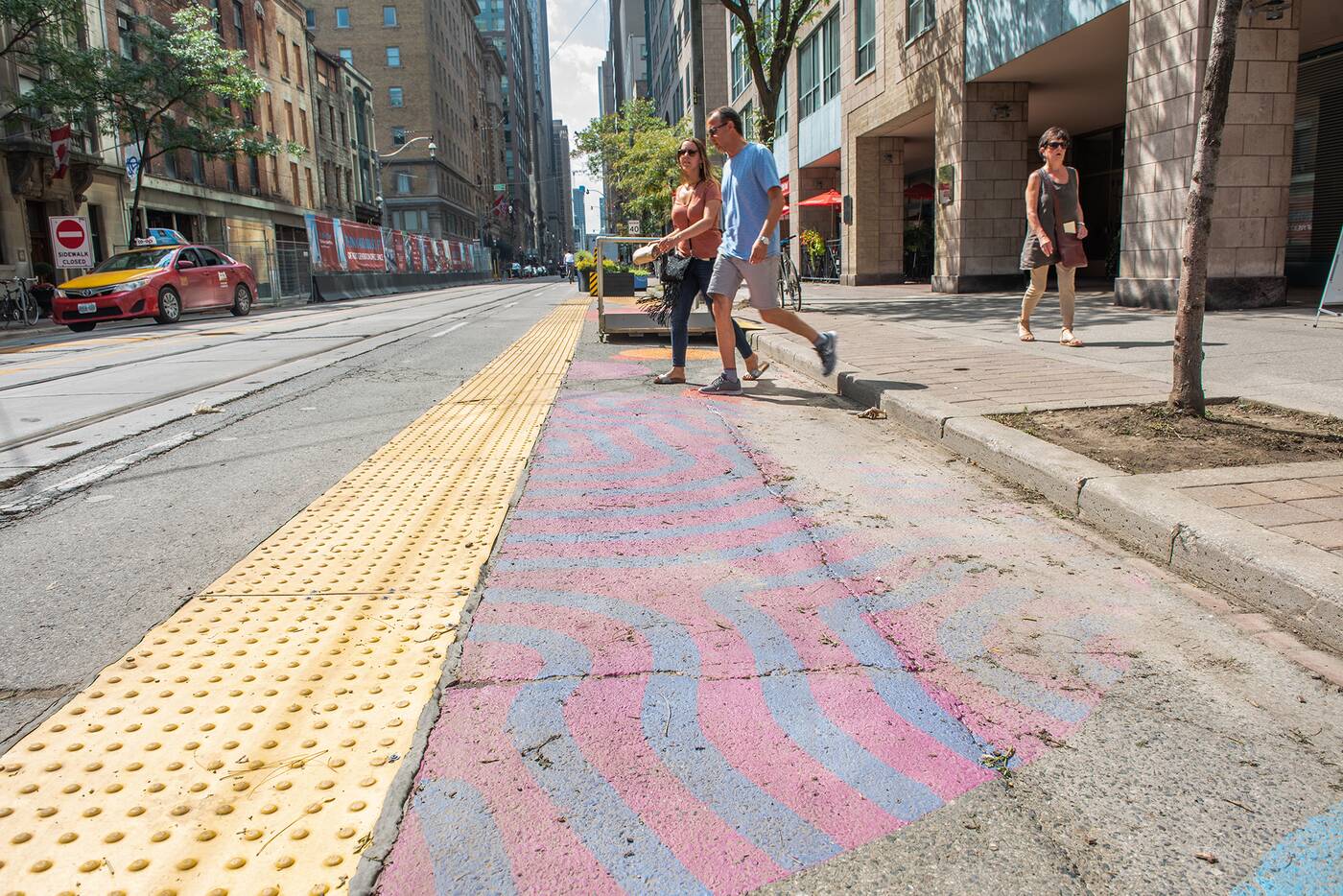 According to the artists, it took six people approximately 16 hours to finish the work, which is visually stunning due to its bright colours and geometric patterns. 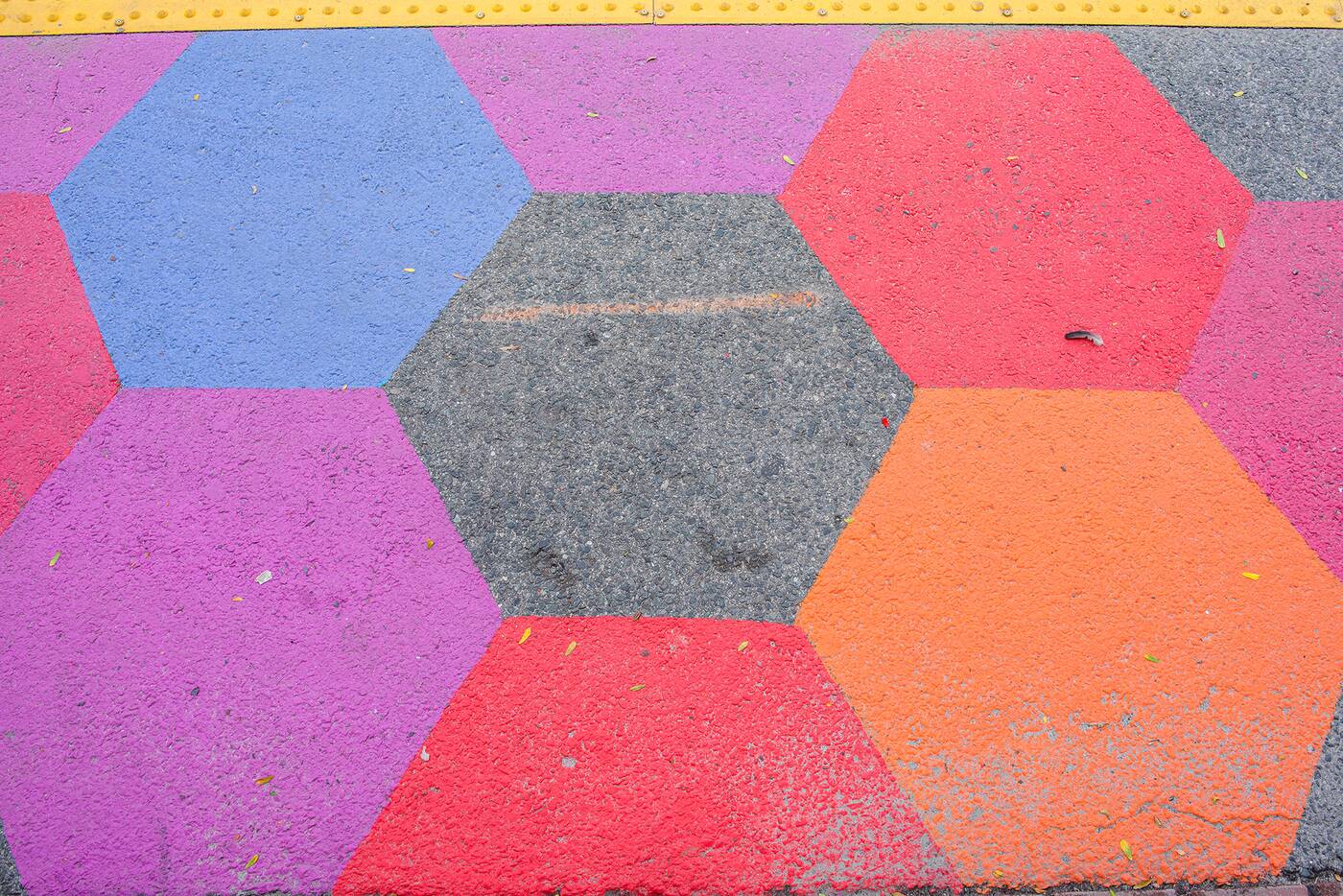 The City threw a ton of support behind the project during the planning and implementation of the King Street closure, so if these prove successful, we may see colourful creations popping up along other streetcar routes as well.

by Michael Ott via blogTO
Posted by Arun Augustin at 1:58 PM