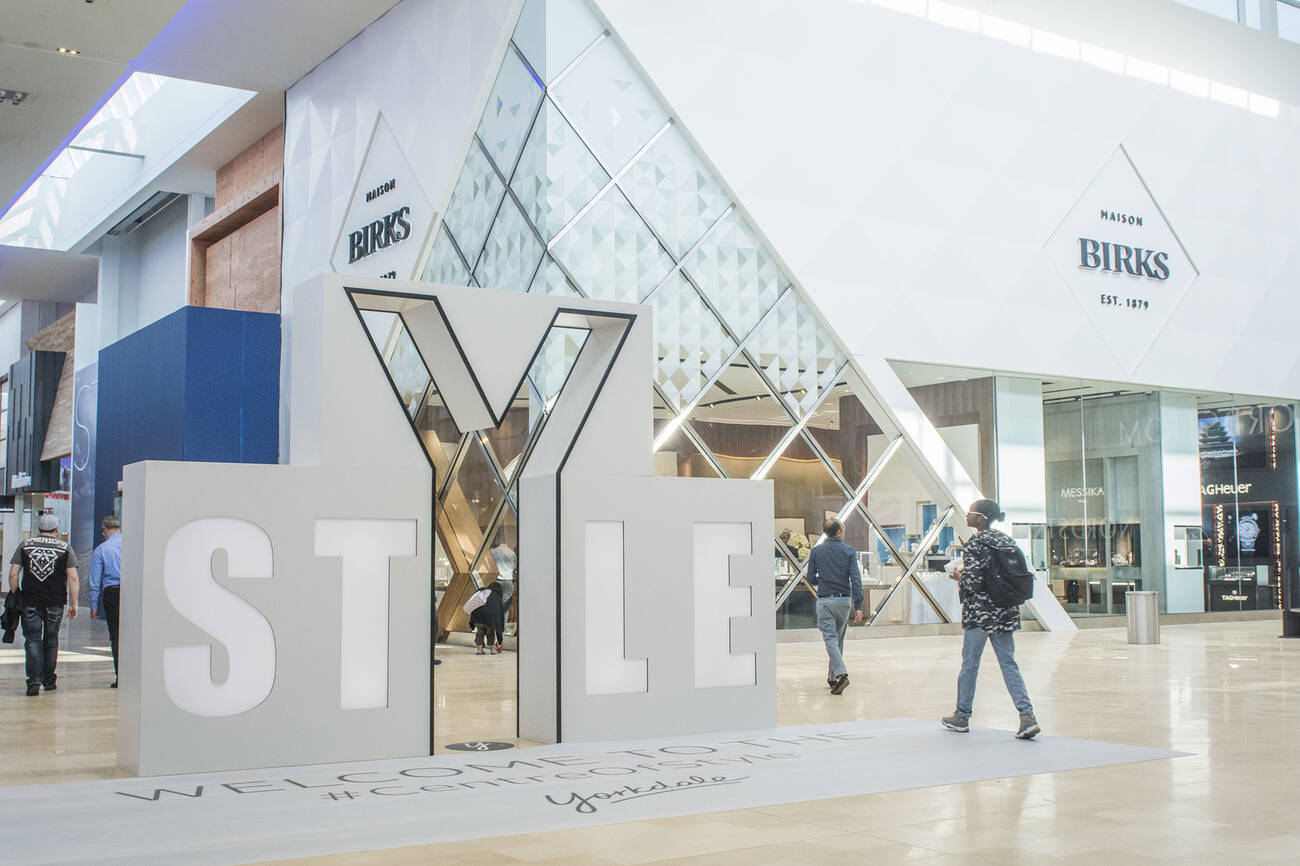 Toronto Police and emergency crews are responding to Yorkdale Mall, where reports of gunshots were called in shortly before 3 p.m. on Thursday afternoon.

The mall is being evacuated, according to police, and residents are asked to avoid the area (if not they're not already locked inside a store.)

Stuck inside the Yorkdale mall after shots rang out. A lot of panic and worry earlier but everyone calm. Am hearing this happened at the Starbucks location. #yorkdale pic.twitter.com/nDZ2VerZnY

Officers have confirmed that shots were fired, though details remain sparse as they investigate the scene. No injuries have yet been reported.

Police are currently seeking "multiple suspects" — one is a black male in his 20s wearing a black jacket and blue jeans, another is a skinny, mixed-race male in his 20s with a black handgun.

The police are searching for two suspects after multiple reports of gunshots at Yorkdale Mall in Toronto. No injuries have been reported. https://t.co/jkez44X83U

Witnesses are asked to call TPS 32 Division at 416-808-3200 with any information they may have about what transpired.

The TTC says that its subway will not be stopping at Yorkdale on Line 1 due to police activity.

by Lauren O'Neil via blogTO
Posted by Arun Augustin at 1:13 PM