Jennifer Keesmaat is now officially running for Mayor of Toronto 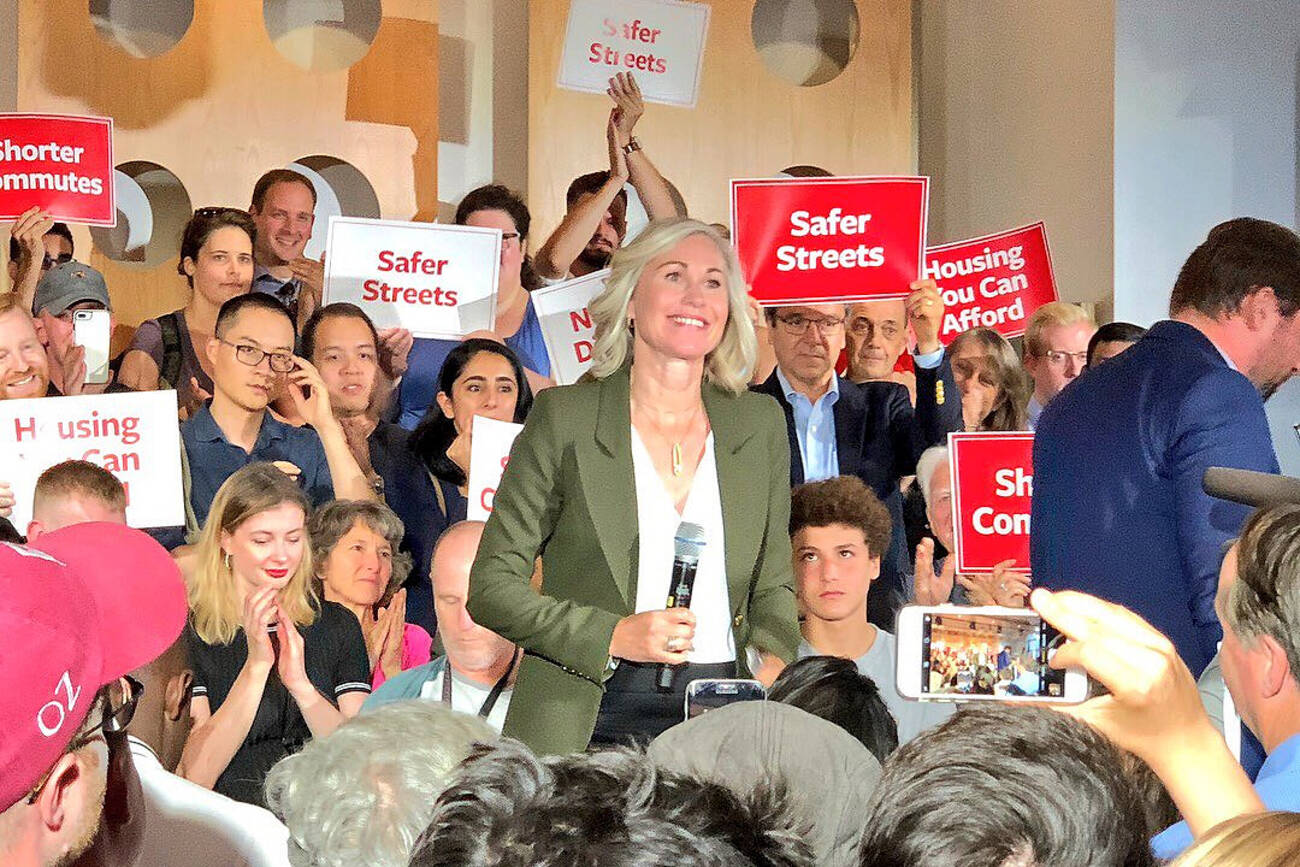 Former City of Toronto Chief Planner Jennifer Keesmaat has announced in an official context that she is running for mayor against her old boss and current incumbent Mayor John Tory.

Keesmaat kicked off her mayoral campaign with a jam-packed rally in Regent Park on Thursday night, touching on everything from affordable housing to public safety in a speech to her supporters.

At the @jen_keesmaat campaign launch tonight and this place is packed! Lots of people interested to hear what #keesmaat4mayor will look like for Toronto. pic.twitter.com/MUEdtxbcLF

The mood was joyous and members of the public who were present seemed smitten.

"She's crushing her speech," wrote Toronto City Councillor Kristyn Wong-Tam on Twitter during the event. "Crowd is loving it. Telling her story about falling in love with Toronto and her vision for equity and prosperity for all."

It was a packed house at tonight’s #Keesmaat4Mayor campaign launch - it’s time for bold ideas and bold leadership in Toronto. @jen_keesmaat pic.twitter.com/eZQr4WqToE

It wasn't all sunshine and rainbows, however. Far from it.

"I don't think the kind of government we’ve been getting under John Tory is good enough," said Keesmaat before taking a dig that made headlines city-wide.

"John Tory is just not very good at his job," she said. "I know because I worked for him."

Aside from slamming Tory's performance as mayor, Keesmaat spoke about the failure of SmartTrack, wastewater problems, gun violence and and the importance of cyclist and pedestrian safety.

As Toronto journalist Matt Elliot notes, she both entered and exited the stage to Capital Cities' hit song "Safe and Sound."

Keesmaat entered and left the stage to “Safe and Sound” by Capital Cities. https://t.co/TKb6JTqkAR

"There are bold, strong, practical steps we can take to dramatically increase the number of reasonably-priced homes that a middle-class family living in Toronto could actually afford to rent," reads a transcript of the mayoral candidate's speech.

"That's why my very first policy announcement was a plan to build 100,000 new, high-quality, purpose-built rental homes that people can afford."

We’re up against an ingrained and powerful political machine that wants to maintain the status quo at all costs. Join me in fighting for a new vision to build a better Toronto that works for everyone. #Keesmaat4Mayor

Tory's team released a statement to the media ahead of Keesmaat's rally on Thursday, saying that it was "ironic" of her to hold it in Regent Park — "a housing revitalization project that could have only happened with the support and cooperation of both the provincial and federal governments."

"Mayor Tory's leadership has seen even more investments in Toronto by the Ontario and federal governments, including $9 billion for transit," reads the statement.

"He knows that we can only get things done, keep taxes low and life more affordable for the people of Toronto by making sure all governments are working together."

Tory's campaign sent this statement after Keesmaat's speech, accusing her of "empty talk" and saying she lacks understanding of "what Toronto really needs" after she spoke about transit, housing, flooded basements, deaths on roads. Says people "need to know" her plan for taxes: pic.twitter.com/aWP6uiQRhf

It'll be interesting to see how Tory responds to Keesmaat's criticisms moving forward now that things are getting heated.

One thing's for certain: This race just got a whole lot spicier.