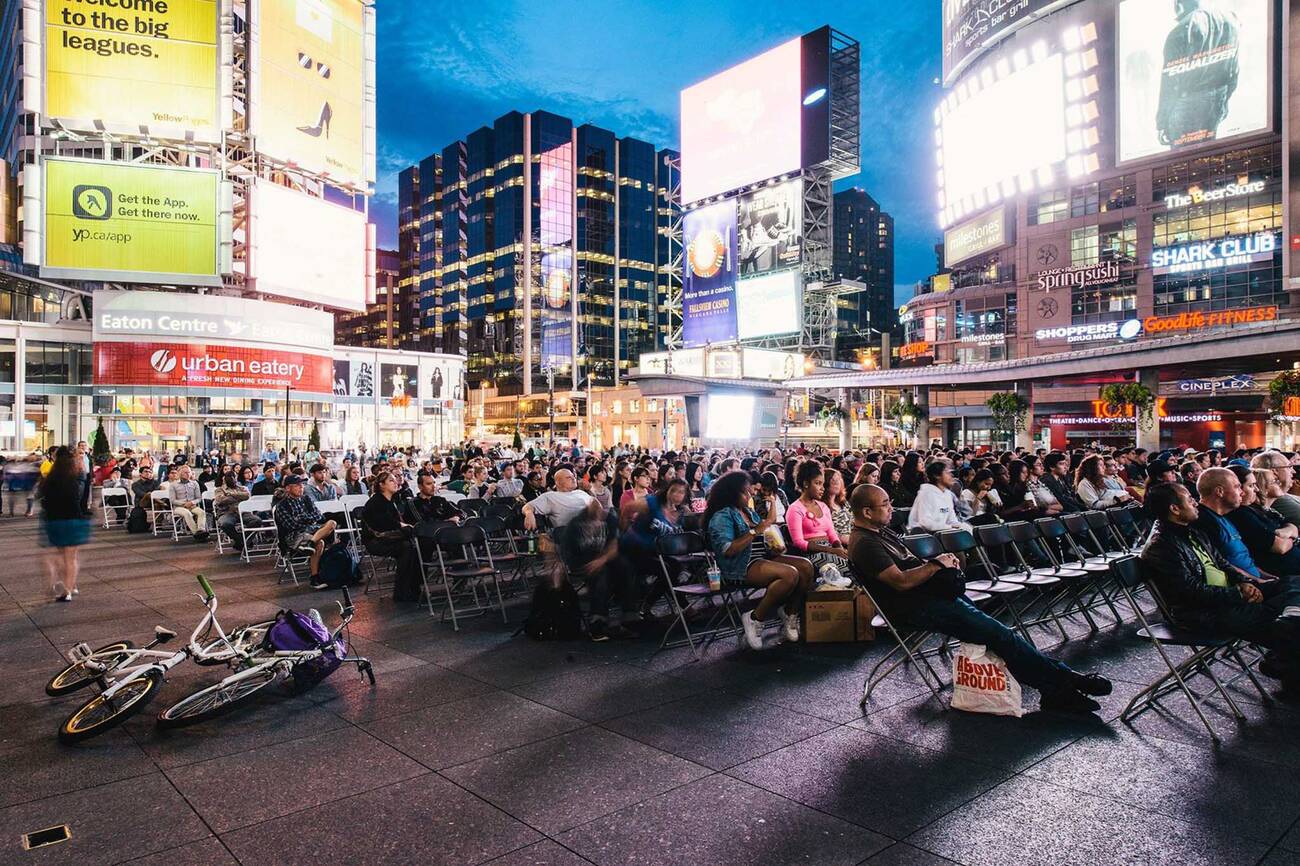 Welcome to Tuesday in Toronto where events include a free outdoor screening of a documentary about the Tragically Hip and some much-needed poetry in the park. There's also a new discussion series about the goings on in the city and a Jewish music festival by the waterfront.

Long Time Running (August 28 @ Yonge-Dundas Square)
The time has come for the last City Cinema of the season. Catch a free outdoor screening of this doc that follows The Tragically Hip's final tour.
The Human Scale (August 28 @ Hot Docs Ted Rogers Cinema)
A new series brings the complex dynamics of urban geography from cities around the world in an effort to ask questions about the future of Toronto.
Creature from the Black Lagoon (August 28 @ The Royal Cinema)
Queer Fear is back with a special screening of the 1954 horror classic, and an exploration into Hollywood's historic depictions of 'the other'.
O M Poetry in the Park (August 28 @ Trinity Bellwoods Park)
A summer evening in the park is made complete with an open mic poetry reading by local artists in the final event for the season. BYOB and snacks!
311 and The Offspring (August 28 @ Budweiser Stage)
Not the Toronto service call-line 311, but the rock band, is here, alongside pop-punkers The Offspring and Gym Class Heroes.
Comedy TOnight (August 28 @ Comedy Bar)
Comedians from different backgrounds come together for a night of stand up, featuring Adrienne Fish, Joe Vu, Aliya Kanani and more.
Twilight Tuesdays (August 28 @ Drake One Fifty)
The last of this downtown market is here for a final night of tunes, activities and $5 food and drink with proceeds going to charity.
Ashkenaz Festival (August 28 - September 3 @ Harbourfront Centre)
A weeklong celebration of Jewish music, arts and culture is on with many free events including a spotlight on women in Jewish music and a Bagel Battle.
I'm Afraid of Men Bookshop (August 28 - September 26 @ Penguin Shop)
This curated bookshop features books that explore feminism, racism and gender fluidity, plus vinyl, merch and a portion of sales going to charity.
Where Do We Start? (August 28 - October 16 @ Gladstone Hotel)
This new discussion series looks to tackle subjects facing Toronto today, starting with the politics of cycling and stagnation plaguing the TTC.