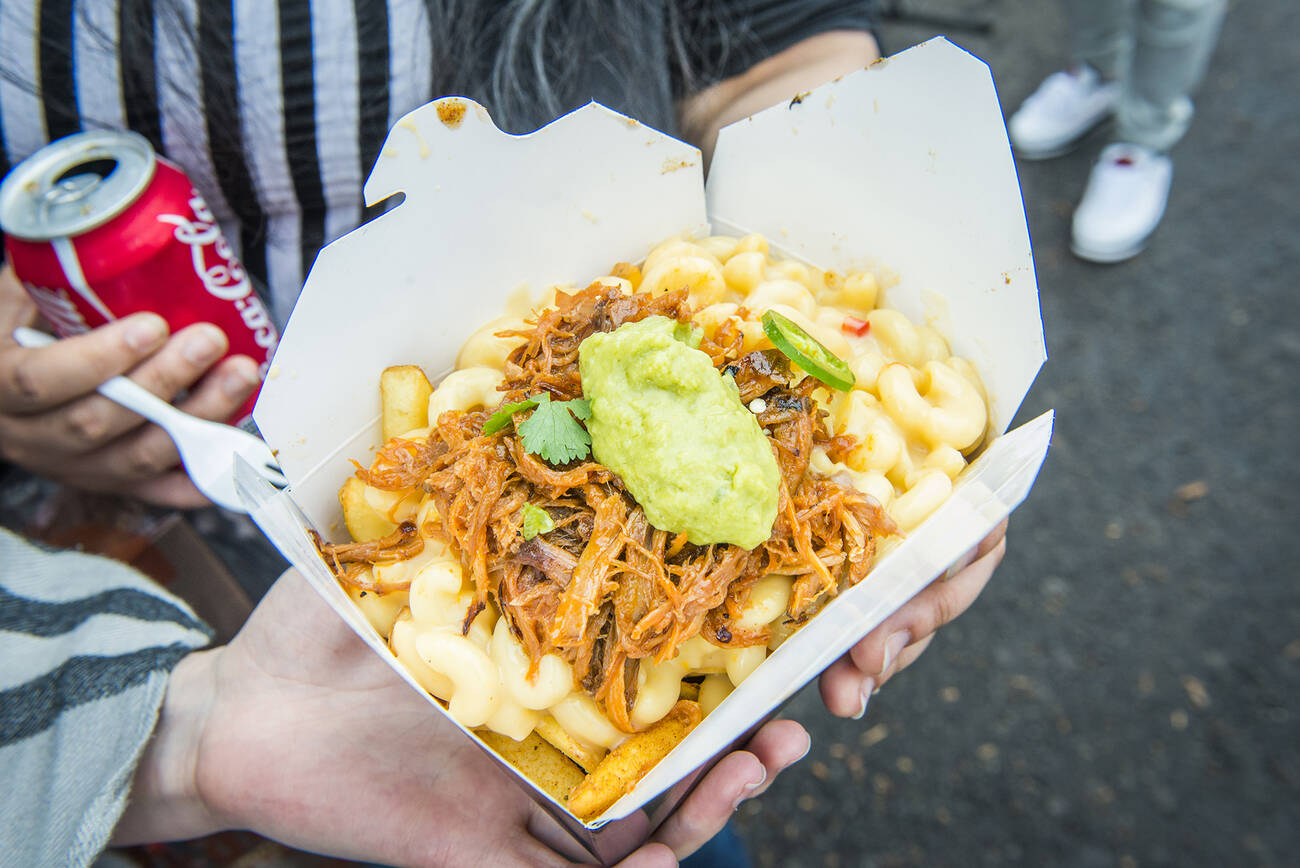 Summer is almost over, but events in Toronto still pack in a lot of end-of-season fun. Fan Expo is finally here and the last instalment of Electric Island caps off the long weekend. Get your fill of beer and bacon and don't forget about all of the free events going on, too.

2001: A Space Odyssey (August 27-30 @ Cinesphere)
Stanley Kubrick's 1968 sci-fi masterpiece and visual feast comes to the spherical screen for the first time in IMAX during this special screen run.
The Human Scale (August 28 @ Hot Docs Ted Rogers Cinema)
A series brings the complex dynamics of urban geography from cities around the world in an effort to ask questions about the future of Toronto.
The Surreal Life Comedy (August 29 @ 187 Augusta Gallery)
Comedy is an art form that deserves nothing less than a gallery showing, and that's exactly what this is—a comedy show in an art gallery.
Caskapalooza (August 29 @ Craft Beer Market Toronto)
Casks galore are on at the first annual cask festival with over twenty unique casks from local breweries and proceeds going to charity.
Indie Horror Fest (August 29 - September 1 @ Eyesore Cinema)
Independent filmmakers from all over the world come together to showcase all the blood, guts and gore of a good horror film.
Ed Sheeran (August 30 @ Rogers Centre)
Actor, singer, all-around nice guy Ed Sheeran is here to make you feel good while tugging at the heart strings during his two-night stint in Toronto.
New Order (August 30 @ Budweiser Stage)
The 80s are back in a big way and one of innovators of the new-wave sound New Order are still going strong, arriving to perform alongside Holy Ghost.
Fan Expo (August 30 - September 2 @ Metro Toronto Convention Centre)
Start planning your weekend now because Fan Expo is ripe with everything comic books, gaming, film and television, panels, programming and more.
Queens Of The World (August 31 @ Super Wonder Gallery)
A big celebration of drag culture from all around the world comes together in Toronto to showcase a diverse group of performers.
Aquatic Con (August 31 @ Ripley’s Aquarium of Canada)
Party with this fishies during this big sci-fi, gaming, horror, anime and comic books jam with themed drinks, costumes and dancing.
Mac and Cheese Fest (August 31 - September 3 @ Woodbine Park)
Back again is this huge festival dedicated to all things mac 'n' cheese with modern twists on the classic—all for a good cause.
Rib, Bacon and BBQ Fest (August 31 - September 3 @ Downsview Park)
Save room for this big, end-of-summer cookout with all the bacon, ribs and barbecue you can imagine, plus live tunes, food trucks, activities and more.
Sunnyside 20 (September 1 @ Sunnyside Pavilion)
Cool summer events call for a cool summer party and this one has local and international DJs on deck to help celebrate what's left of the season.
Labour of Love (September 2 @ Rebel)
Everyone's favourite giant-mouse-helmet-clad trance DJ is in town for a one day music festival with Monstergetdown and Manzone & Strong.
Electric Island (September 2-3 @ Hanlan's Point)
The final Electric Island is here and it's stacked with two-days of talent like Loco Dice, Charlotte De White, Danny Daze and more on the decks.

by Lisa Power via blogTO
Posted by Arun Augustin at 6:10 AM