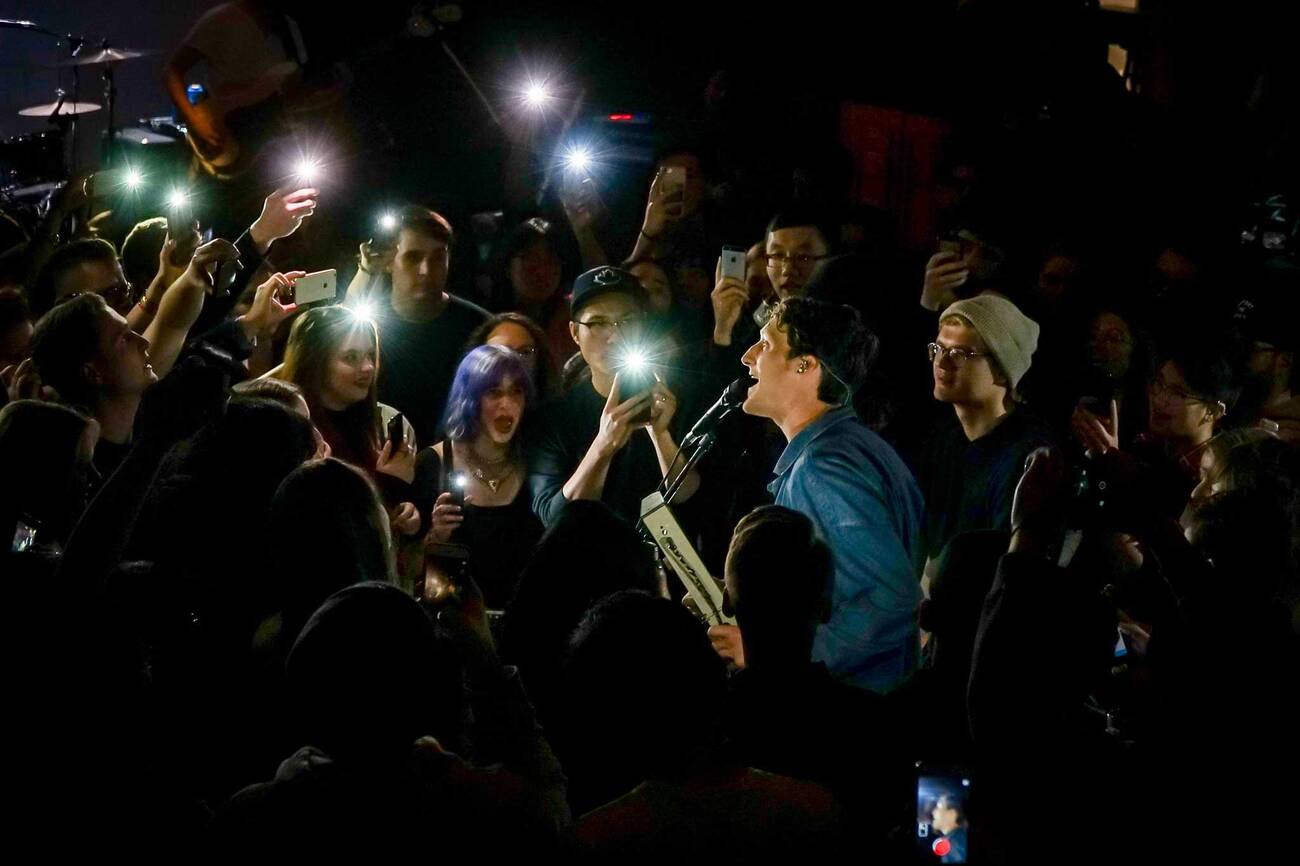 Past the beeps and blips of the video arcade of nearly a hundred games at the 40,000-square-foot Rec Room there lies a full-sized stage that indie bands have been taking by storm.

This is in large part thanks to Rec Room Entertainment Manager Mark Rodenhizer. He’s been working various venues including Horseshoe Tavern and The Silver Dollar, doing music programming for the better part of the past decade.

At Rec Room, he’s teamed up with Michelle Puska of Indulge Productions and their Night Owl Festival to put on indie shows. This is in an attempt to fulfil their intention to always provide an experience that feels authentic to the community.

In March NOBUNNY rocked the performance space with a capacity of about 450 wearing a zany rabbit mask.

About a month later, Los Angeles indie darlings No Age took to the room, and were actually so pleased with the custom visuals projected on Rec Room’s cinema-size screen backing the stage that they used them for their European tour.

“We want to give fans and artists the best experience,” says Rodenhizer. Right now it’s easier for him to book touring acts like No Age because they don’t have the same context for Rec Room as local bands, who apparently tend to prefer more established venues.

That’s where partnering with community organizers like Night Owl comes in, who helped put on Allah-Las and Frankie Cosmos shows in the past.

This kind of partnering with Rec Room is a way for such grassroots organizers to take what they’ve been doing and make it happen on a larger scale.

Roachella, previously at Smiling Buddha, recently put their faith in Rec Room and switched their entire festival of programming over to the arcade venue.

A compromise must be made when playing Rec Room, which is that all shows are all-ages and end at 11 p.m. Apparently it’s still affordable for promoters and bands and makes shows here more accessible for all fans, prioritizing an emphasis on a great show.

Other than that, Rodenhizer says putting on shows here is surprisingly not all that different from the Dollar or Shoe.

“What’s different is what’s beyond the brick wall...the restaurant, yard, other experiences in the venue.” At lots of shows in Toronto, people stand outside the venue for 45 minutes at a time in between sets.

Rodenhizer notes it’s important to keep Toronto’s old school venues going strong, and that there will always be microscopic DIY incubator venues in a growing city. Rec Room’s mission is that they “just want to be true to the community and serve the community our way.”

Upcoming indie concerts at the Rec Room include Birds of Bellwoods, Porches and Girlpool put on by Collective Concerts, and Bethlehem Steel.

by Amy Carlberg via blogTO
Posted by Arun Augustin at 3:43 PM