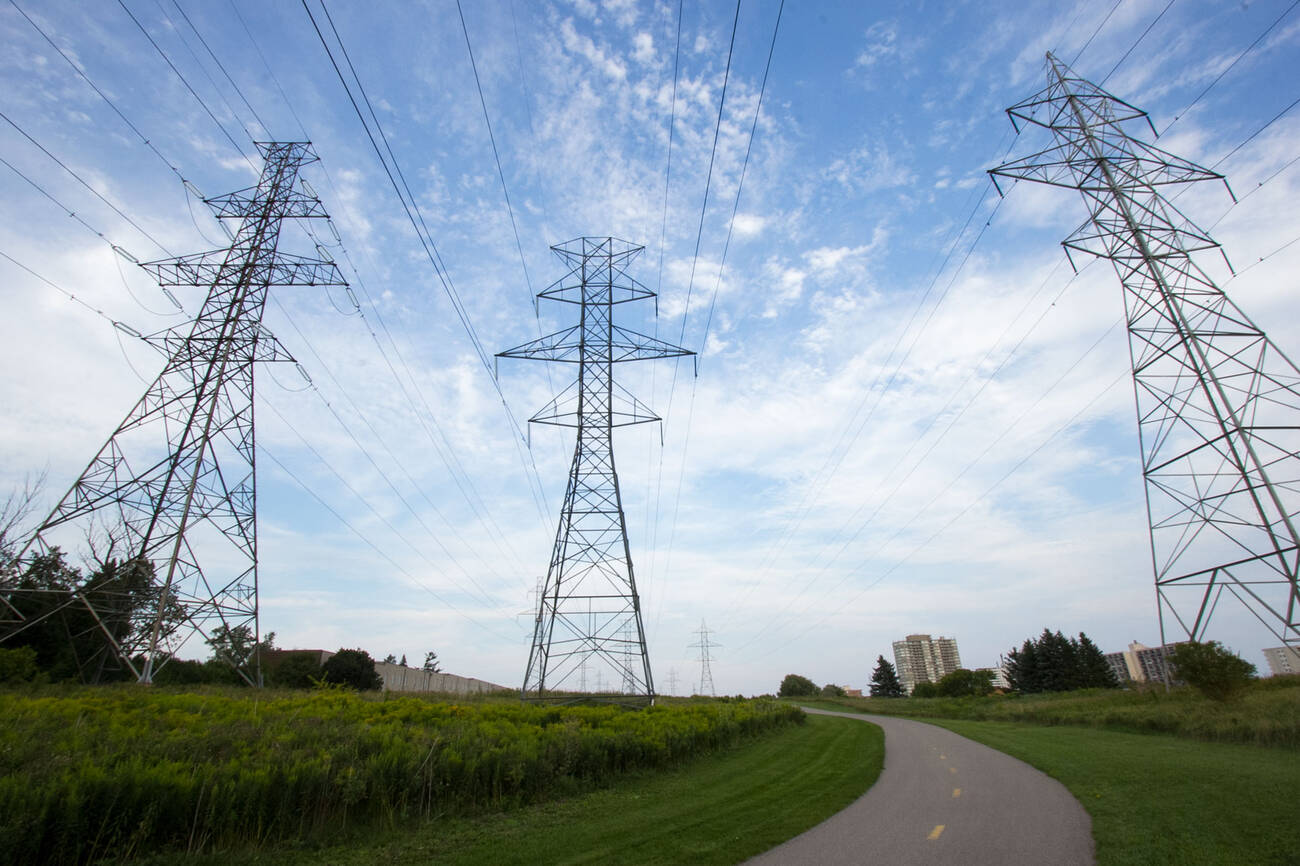 The Finch Hydro Corridor recreational trail is a 22.5-kilometre walking and bike path that runs from east to west.

Stretching from Norfinch Drive in the west to Middlefield Road in the east, the Finch Corridor trail is best known for its sprawling views of the transmission towers north of Finch, running parallel to the major street. 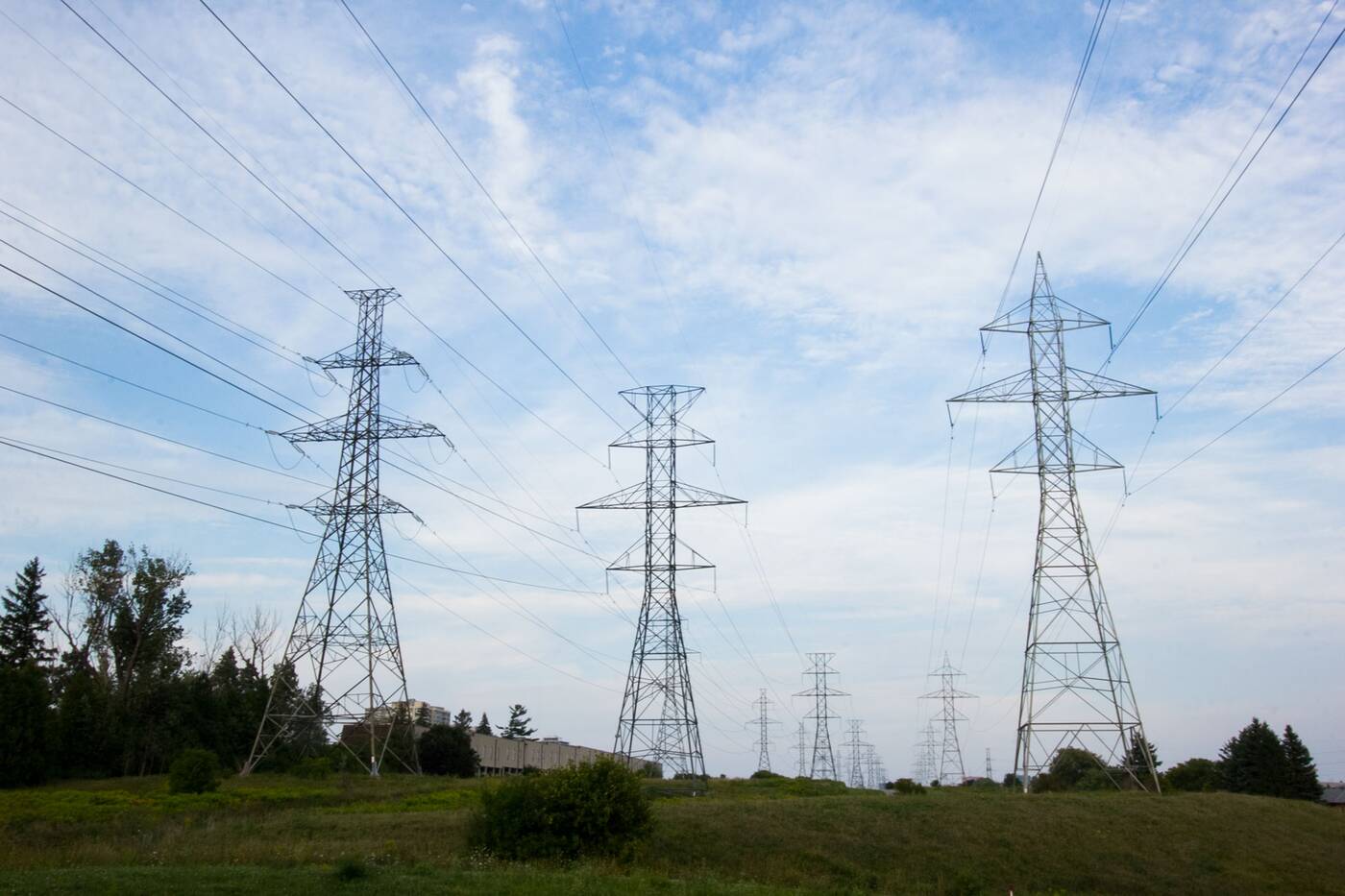 The Finch Hydro Corridor runs a total of 22.5 kilometres from Norfinch east to Scarborough.

For those who have never taken a walk along the trail, it's best to be aware that not all of the Corridor is full of rolling green hills. Divided into 5 parts, the path interrupts at certain intersections, like the area that stops just west of Yonge and picks back up at Willowdale. 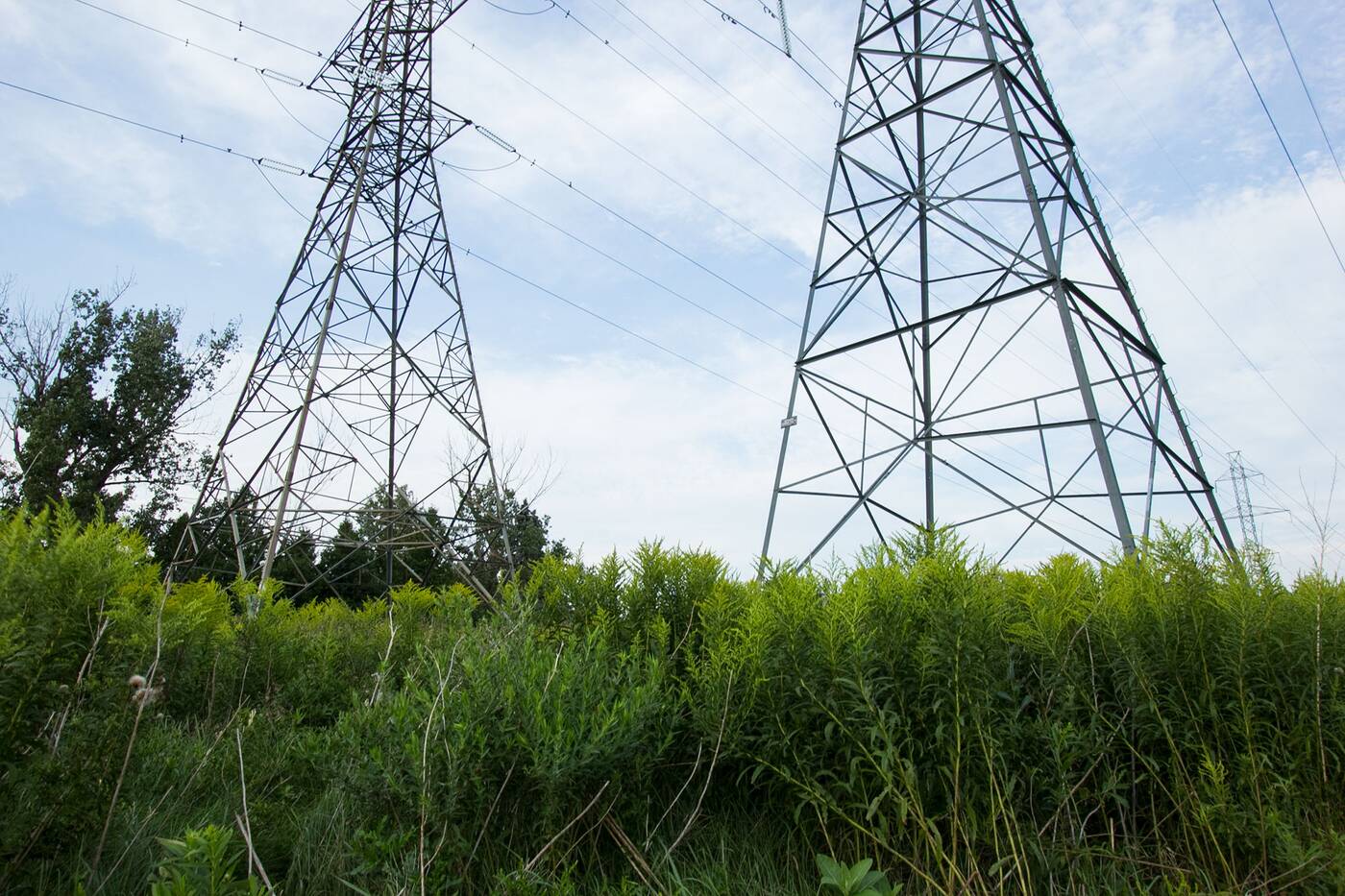 The transmission lines the corridor is built along were built in the 1950s.

The first sections of the Corridor ever built were completed in 2011. Spanning 13-kilometres, it includes the areas between Norfinch and Yonge, as well as the Finch Corridor East Trail between Birchmount and Middlefield. 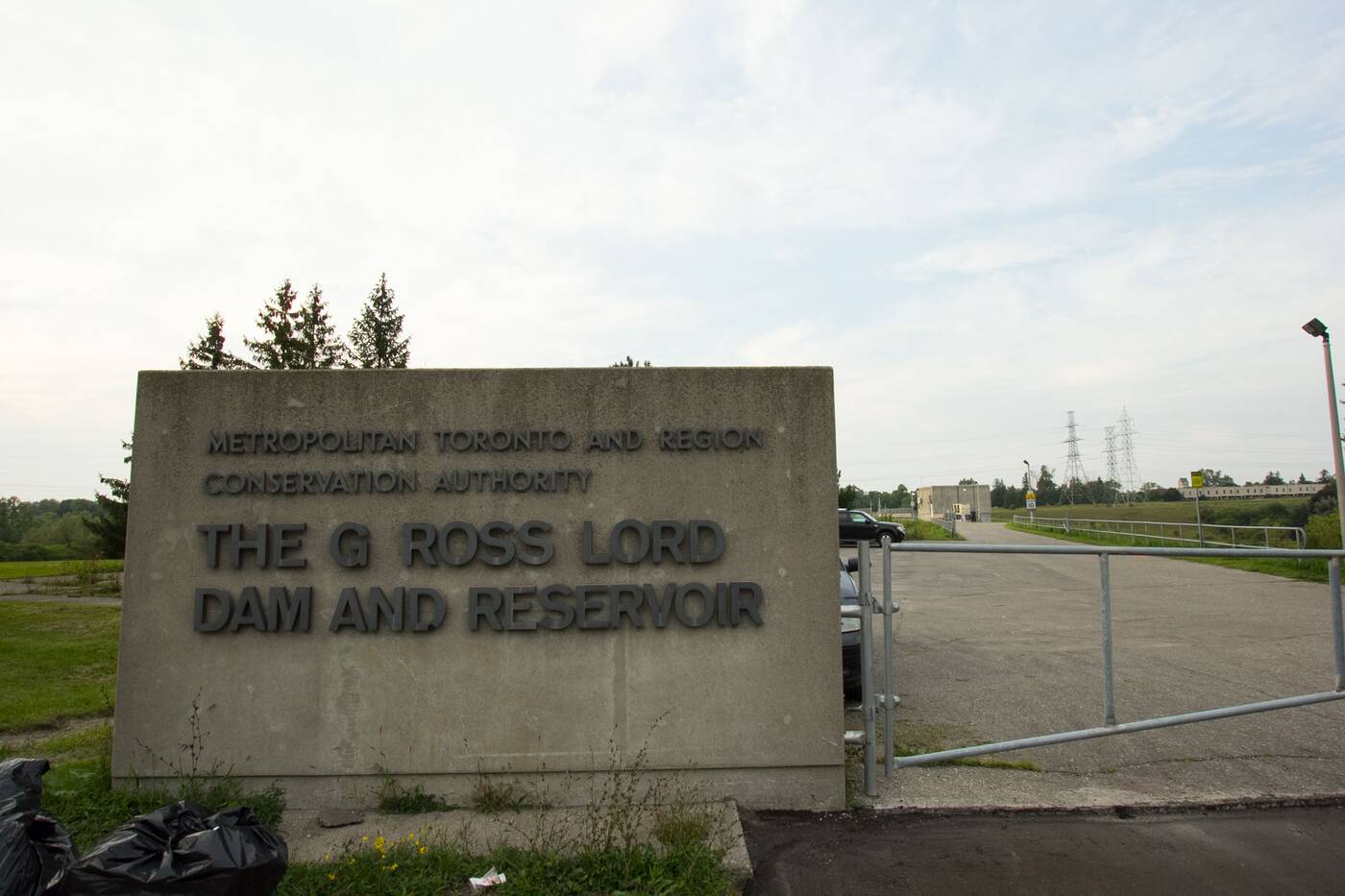 Some of the most scenic parts of the corridor start from the G. Ross Lord Dam and Reservoir.

Leaving the entire area between those two entry points unconnected, the City added an extra 3 kilometres to the Corridor between Willowdale and Pineway Boulevard that was finished completely in 2014. 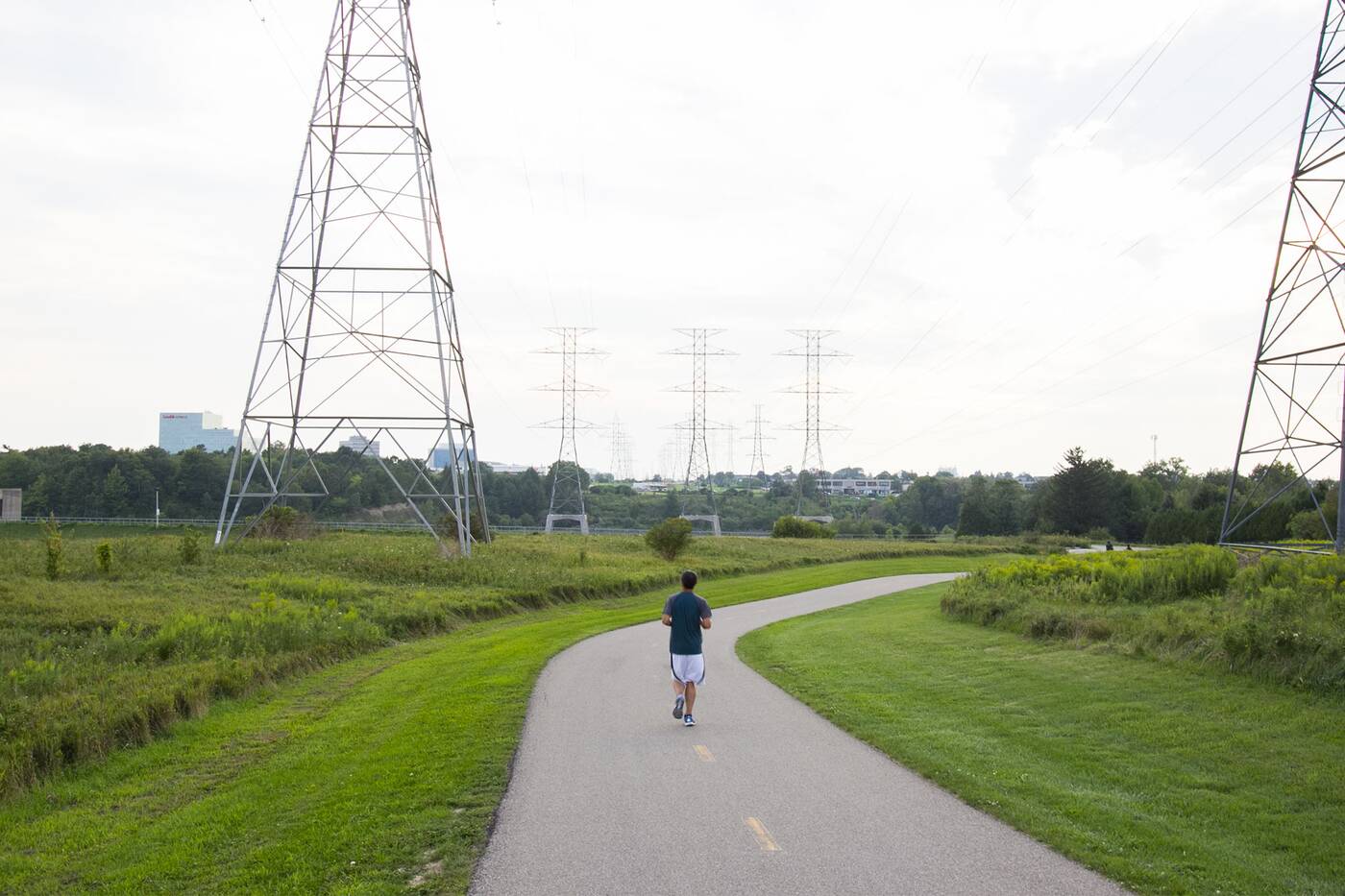 This part of the path is a particularly popular spot for joggers and walkers.

There are plans to eventually connect and expand the Corridor to span 30 kilometres as part of the Ten-Year Cycling Network Plan. A 1.6-kilometre trail between Birchmount and Pharmacy Road is in the works, as are better pavement markings and signals, benches, and bike racks. 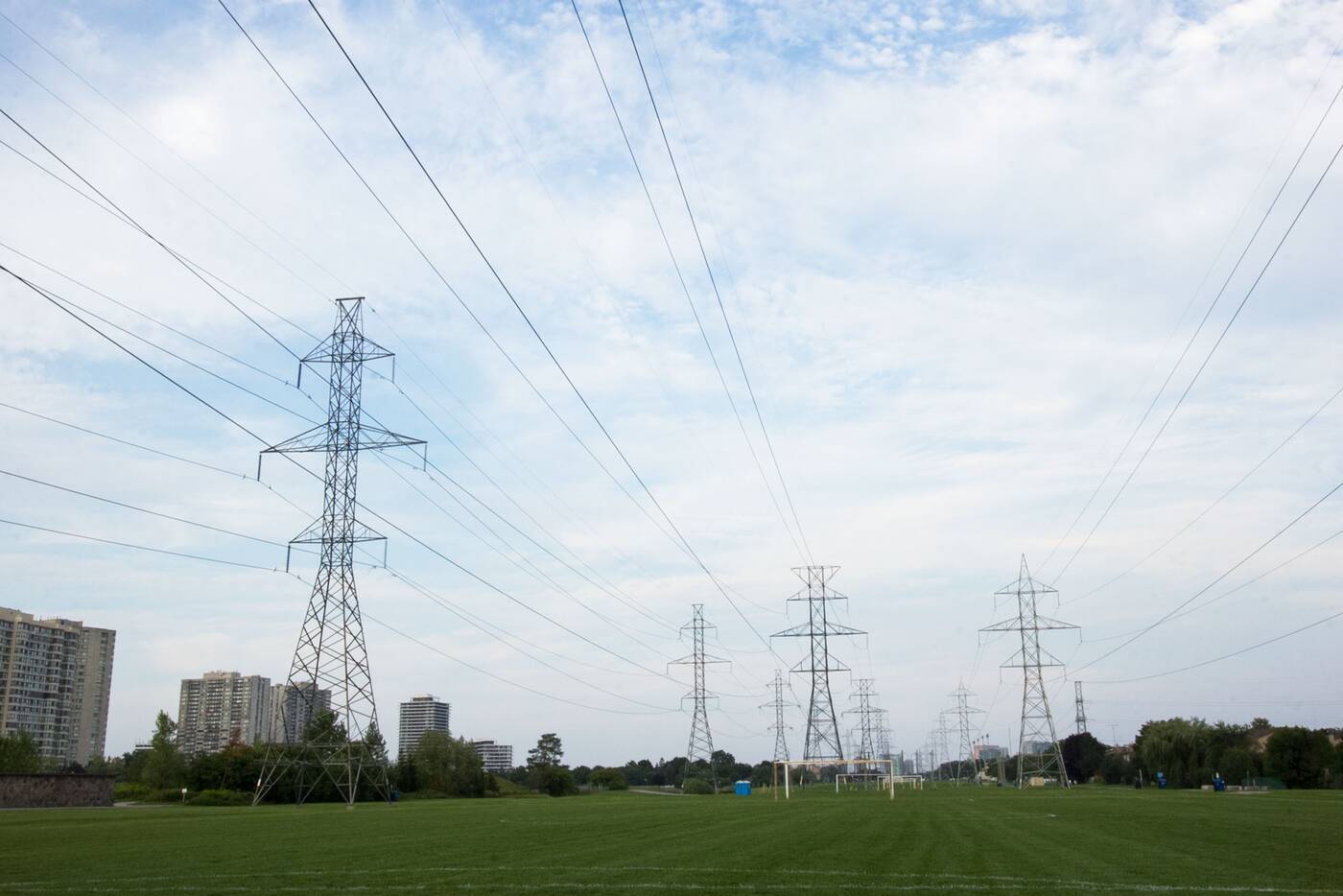 In the meantime, in order to get acquainted with the trail, I recommend checking out the most scenic part of the the Finch Corridor, which runs through the G. Ross Lord Dam and Reservoir between Wilmington Avenue, heading east before hitting Bathurst. 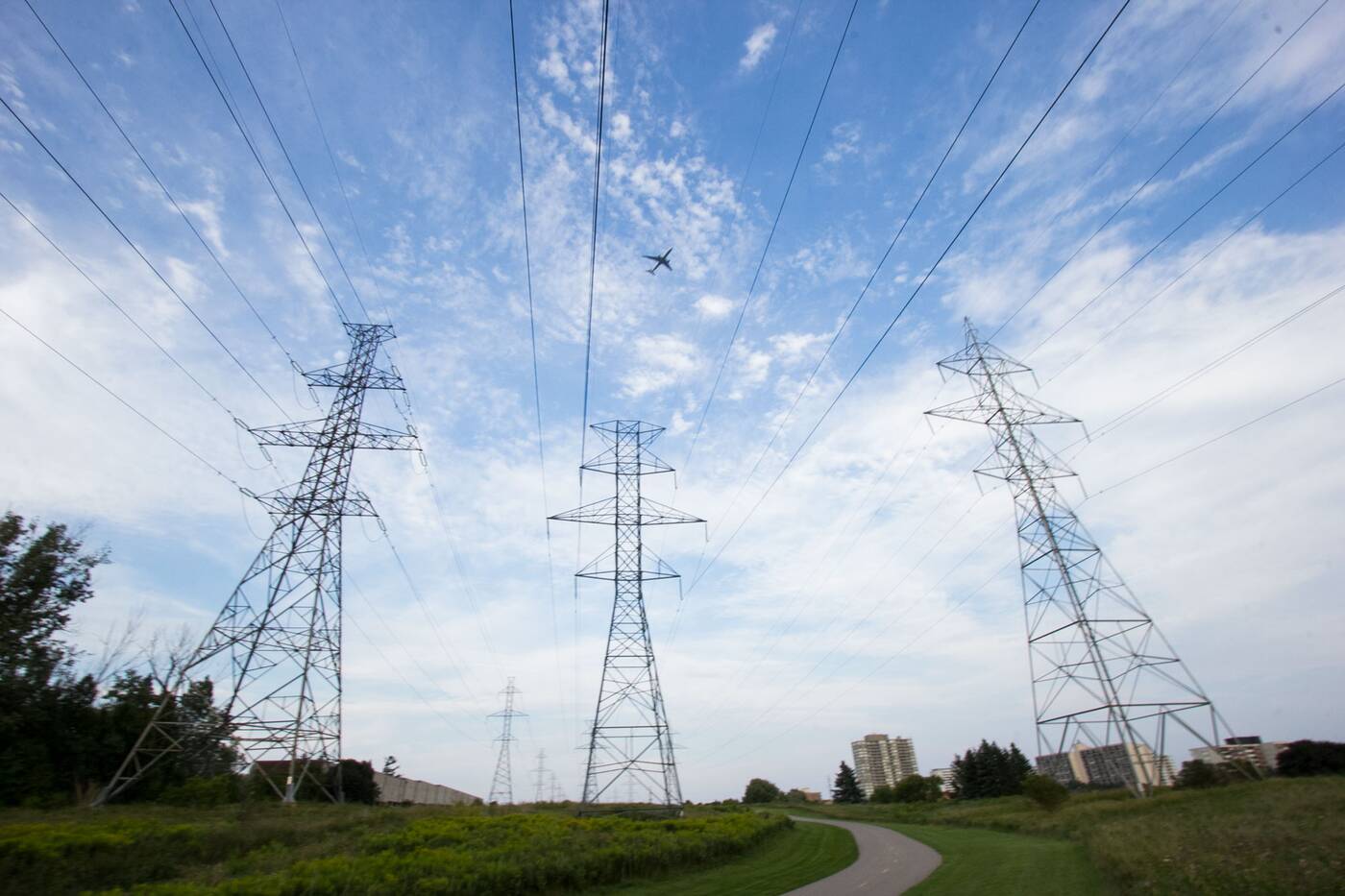 The Hydro Corridor is currently undergoing construction in its eastern portion in Scarborough.

From here, you'll get an incredible view of the hydro towers popping up from the reservoir waters and heading east to the North York Civic Soccer Fields: in total a 30-minute walk between the two points, if you're strolling at a relaxed pace. 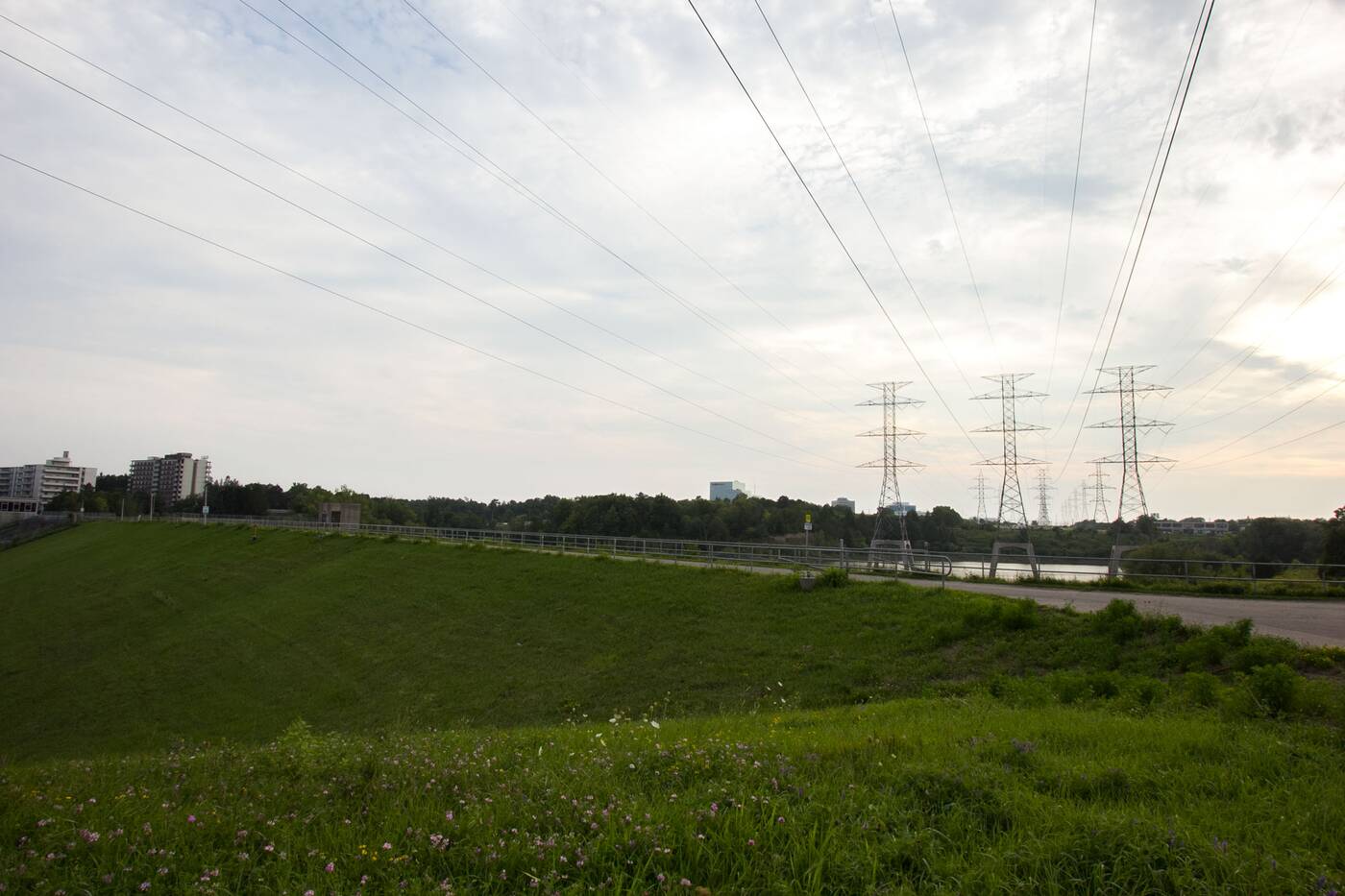 From bustling Finch, you'll have to cross a bridge over the reservoir to hit the multi-use trail where transmission lines built by Ontario Hydro in the 1950s tower overhead. 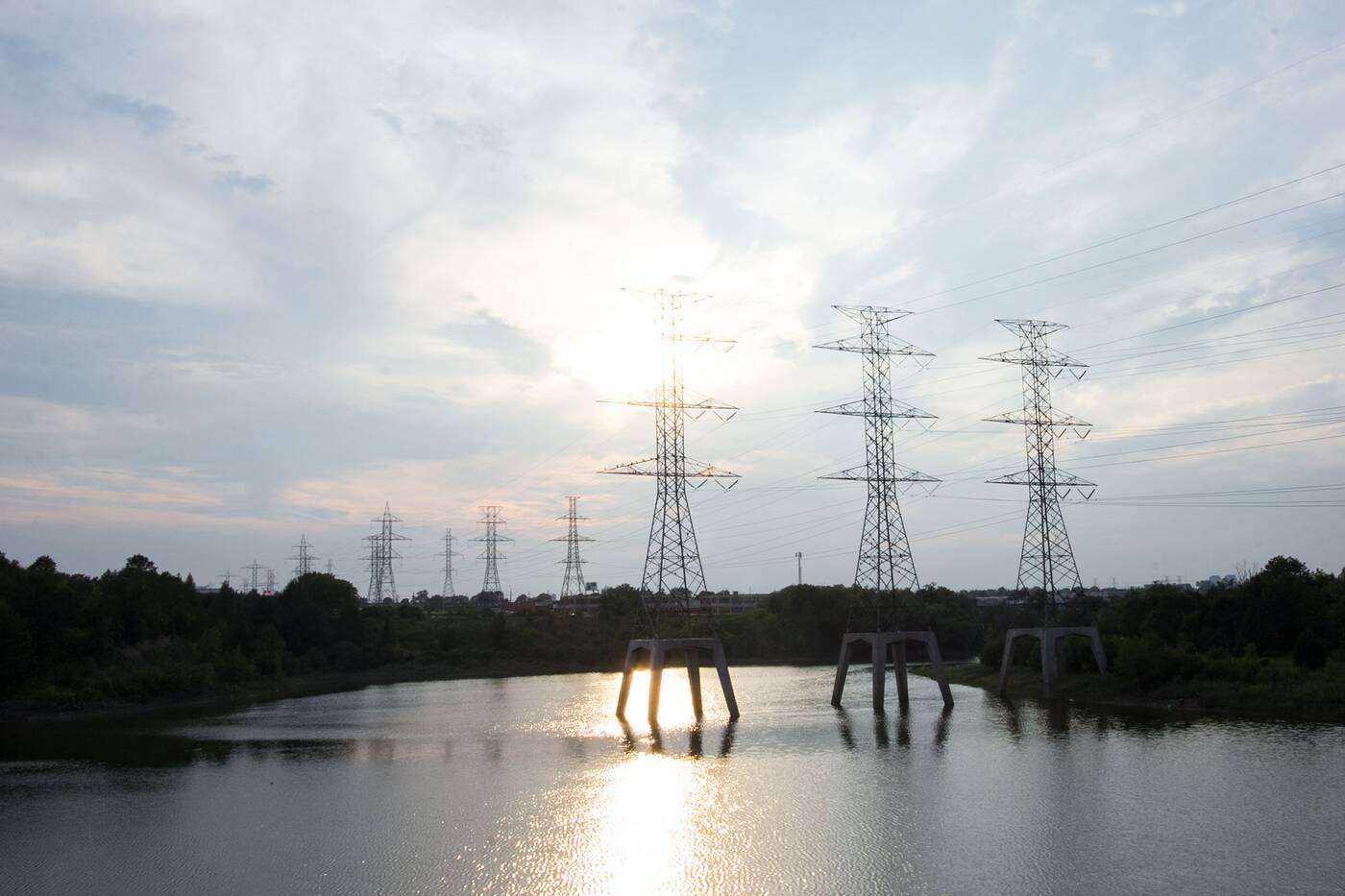 The look west from the bridge of the dam gives a great view of the transmission lines.

It's an excellent spot for a scenic walk at either sun-up or sun-down. There's always the option of continuing your trip further east, but if you're worried about overexposure to electromagnetic fields, this small patch of the Corridor should do. 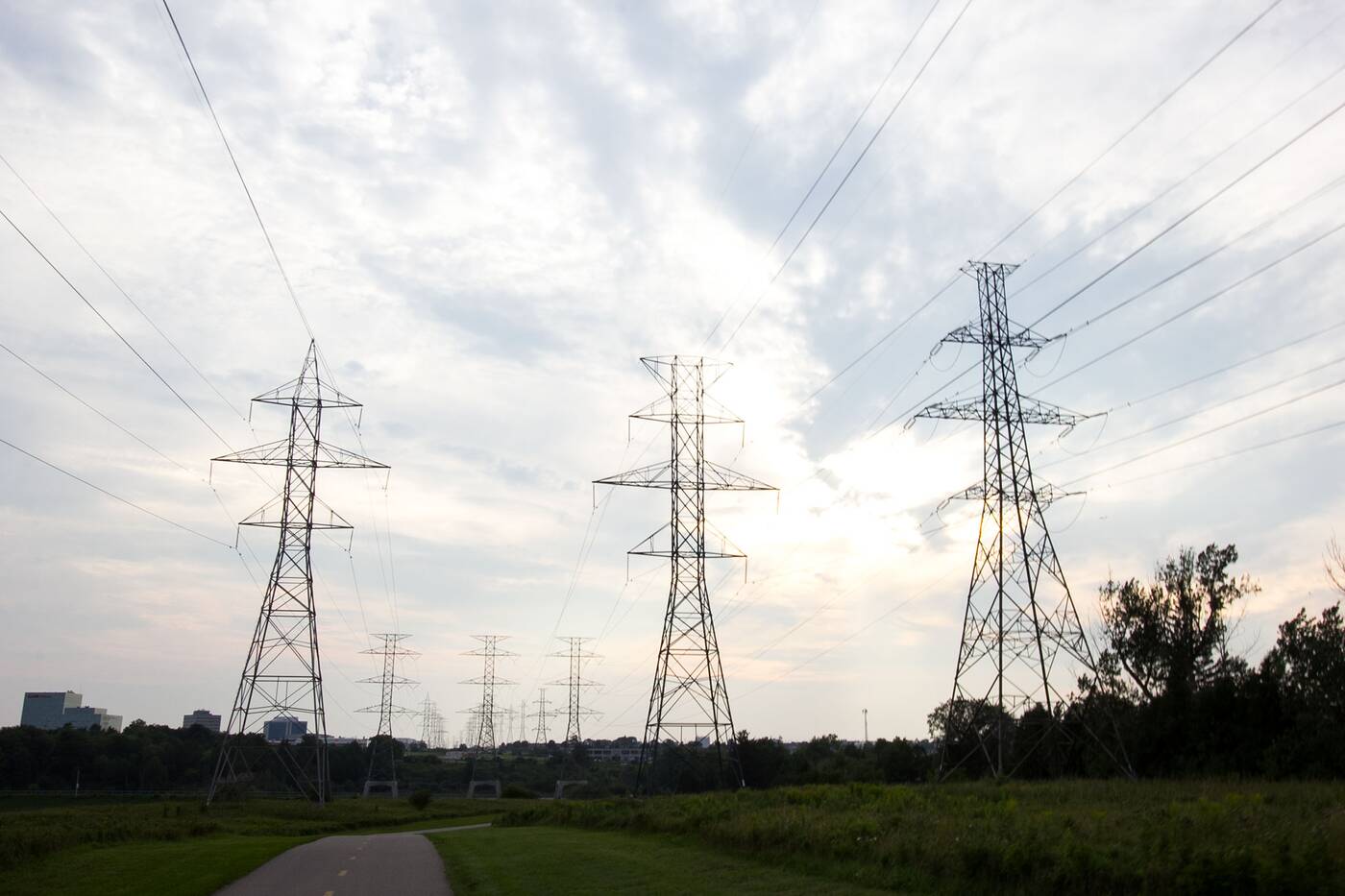