Toronto just got a new transit plan of the future 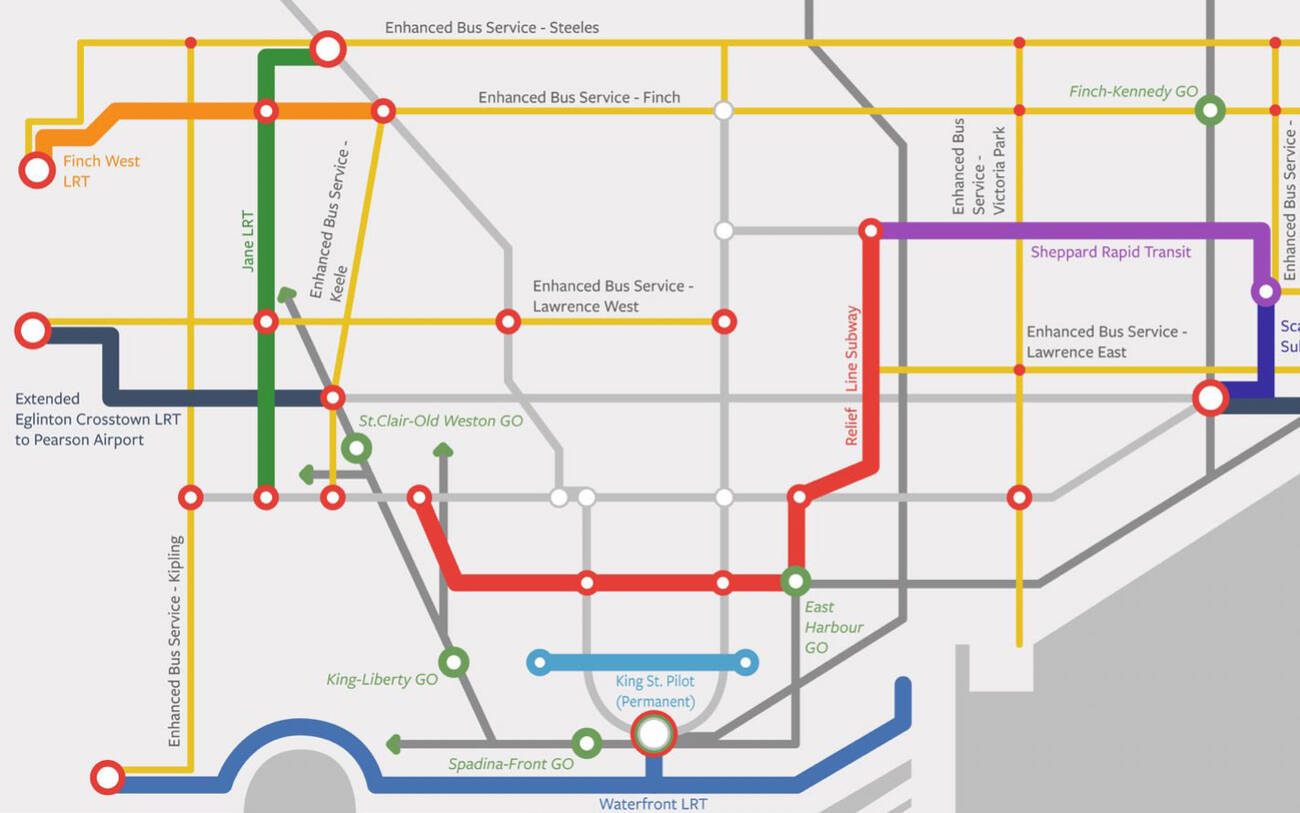 Mayoral candidate Jennifer Keesmaat has finally announced her plan for the future of transit in Toronto.

The plan, which is estimated at around $50 billion, includes the Downtown Relief Line, extensions of current lines, and other long-awaited (and long-fantasized) projects.

Here’s the Keesmaat plan as a map. Lots to unpack here! pic.twitter.com/aunZwOqA77

Notable new projects include building the Downtown Relief Line three years earlier than currently planned (2028 rather than 2031), designing and building both the Jane and Waterfront LRTs, and building the Scarborough subway with funding from the province, which has been promised by the PC government.

The plan also includes extension of current projects, like extending the Eglinton Crosstown to the airport (and to Scarborough, if the province funds the Scarborough subway), enhancing bus service in busy corridors like Finch and Kipling, and making the King Street pilot project permanent.

John Tory was elected Mayor of Toronto on a promise to build "SmartTrack." We now know exactly what it was — a political promise drawn on the back of a napkin designed to buy your vote. What we need is a real plan to build a better transit system for everyone. #Keesmaat4Mayor pic.twitter.com/xAlsOMOF52

Keesmaat has been tough on her opponent, incumbent John Tory, for his lack of transit ideas. She said Tory's plan was drawn "on the back of a napkin," and pointed out the failings of his SmartTrack plan, which has somewhat fizzled since he took office.

The municipal election should see a fierce battle between the two on transit, as it is shaping up to be one of the main key issues in the debate.

by Staff via blogTO
Posted by Arun Augustin at 11:03 AM