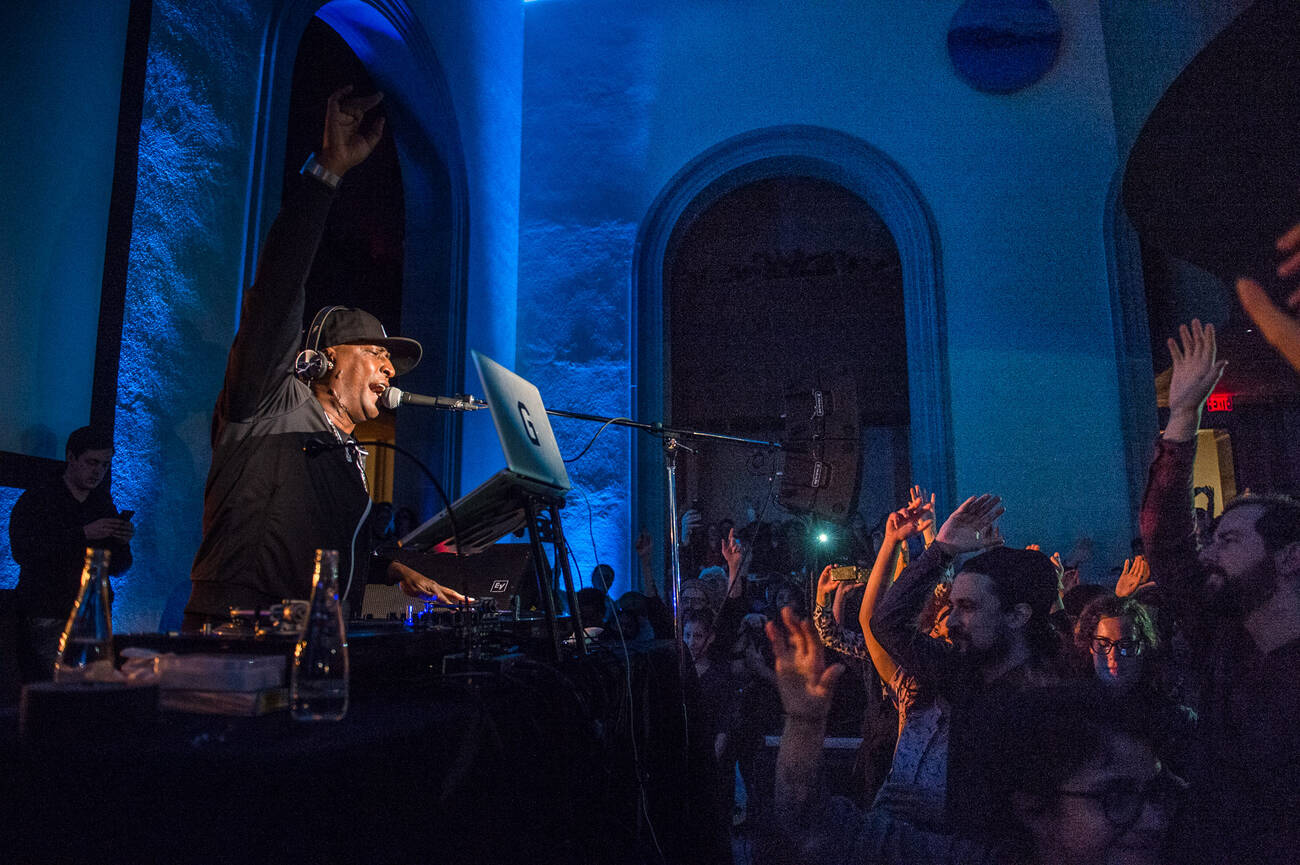 September is upon us and, before the cold sets in, there's still lots of big-name events happening in Toronto. TIFF returns and brings with it all the glamour of Hollywood to the city. Elsewhere, Just for Laughs arrives to bust some guts and there's a ton of great free events on, too.

AGO First Thursday (September 6 @ Art Gallery of Ontario)
A new season of monthly art parties kicks off this month with food, drinks and a revolving showcase of genre-hopping musical scenery.
Toronto International Film Festival (September 6-16 @ TIFF Bell Lightbox)
Toronto is set to become a star-studded wonderland for ten days this month as TIFF returns with screenings, a street festival, parties and lots more.
Veg Food Fest (September 7-9 @ Harbourfront Centre)
Eat your heart out at this huge vegetarian food festival with over 140 vendors within a huge market place full of yummy goodies.
Taste of the Kingsway (September 7-9 @ The Kingsway)
Take a scroll through the Kingsway, where 150 vendors will be lined up with food and drinks, served alongside exhibits and entertainment.
Kensington Market Jazz Festival (September 14-17 @ Multiple Venues)
Kensington is set to be overtaken with jazzy grooves as over 400 musicians from all over come to perform in local spots all over the neighbourhood.
Toronto Beer Week (September 14-22 @ Multiple Venues)
Toronto becomes craft beer central during this week-long celebration of the best suds in the city, happening at spots all over.
Fairland Funhouse (September 14 - October 31 @ Fairland Funhouse)
After a month-long postponement, the old grocery store-turned-art maze is finally set to open with whimsical rooms designed by well-known artists.
JFL42 (September 20-29 @ Multiple Venues)
Margaret Cho, Hannibal Buress and Seth Meyers are just some of the comedians headed to Toronto for this year's edition of Just for Laughs.
Elevate Toronto (September 24-27 @ Multiple Venues)
Toronto's thriving tech community comes together to host speakers and explore innovation and advancements within the industry.
Nuit Blanche (September 29-30 @ Multiple Venues)
Nuit Blanche returns with an all-night art event both downtown and in Scarborough, with installations, performances and a dumpling market.

by Lisa Power via blogTO
Posted by Arun Augustin at 5:58 AM