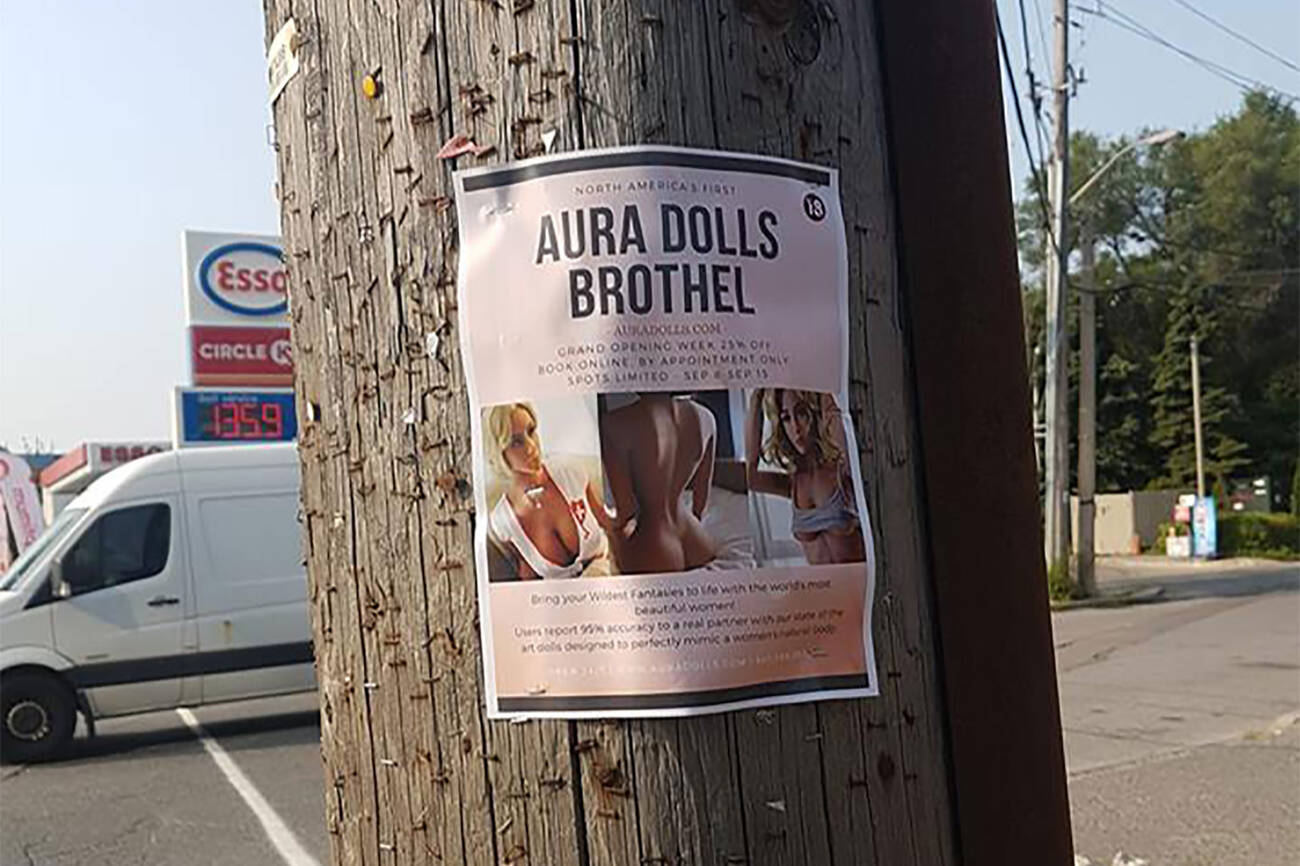 Yes folks, this is really happening—the future is now.

Toronto is officially getting a sex doll brothel, meaning people will soon be able to bed some life-sized ladies made completely of silicone in just a couple of weeks.

Aura Dolls is slated to open at 4632 Yonge St. on Sept. 8, taking over an old tanning salon located in a low-key plaza just south of Sheppard.

It marks the first to open in North America, which, whether you agree with the concept or not, is a big moment for both the sex work and technology industries (the silicone tech sector, anyway—these aren't robots).

According to its website, the new spot for silicone sexy time will be open 24/7, offering six "classy, sophisticated, and adventurous ladies; curated for the discerning gentlemen."

Made from high quality TPE silicone, the dolls are the closest thing you can currently get to a real human, minus the heart and the brain, and you know, the 'alive' part.

Clients will be able to pay rates that start at $80 for half an hour with one doll to as much as $480 for a four-hour session to act out their fantasies with dolls like Jazmine, the "Exotic Faced Angel,' or Scarlett, 'The Absolute American Dream.'

It's double that amount for time with two dolls at once, and monthly packages will also be available for those dedicated to sex with dummies.

According to Aura, the dolls are "throughly" (I think they meant thoroughly) sanitized.

On top of that, the entrance and exits are located separately to ensure privacy for clients. And they offer free parking!

Though the idea of sex dolls certainly isn't a new concept, and the threats of the "uncanny valley" has been explored in films and pop culture for years, having a full on sex doll brothel in the city feels like the first steps into a new age of sex and tech.

A number of these establishments have already opened in Europe (the world's first opened in Germany in 2017), and not without their fair share of controversy and debate.