37 must-see movies at TIFF 2018 according to its programmers 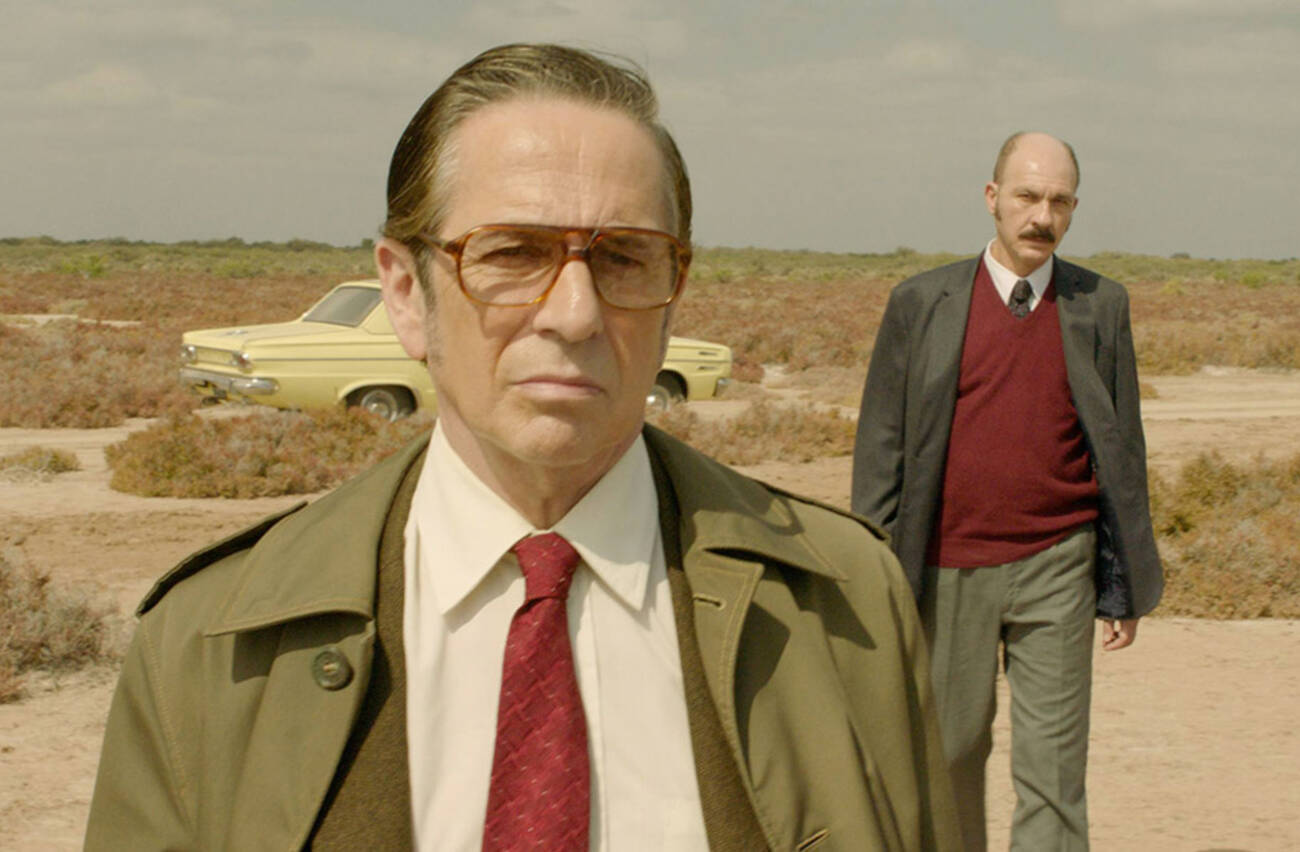 The TIFF screening schedule can be a bit overwhelming so who better to point out the hidden gems and what to see than the people who selected the films in the first place.

Here are the must-see films at TIFF 2018, according to the programmers who help bring the festival to life.

Zhang Yimou is a master of screen spectacle. This time he pays homage to Akira Kurosawa in this story of warring kingdoms. It begins in court intrigue then leaps into pure, dazzling action.

Nicole Kidman may be one of the boldest actors of her generation. Here, she hurls her movie star persona aside to sink into the skin of a tortured LA detective investigating a murder. Director Karyn Kusama keeps things' on a knife's edge until the bracing conclusion.

A portrait of Ashley Nichols, a mixed martial artist from Chippewas of the Thames First Nation. Director Caroline Monnet pays tribute to this truly inspirational athlete in a way that’s somehow both visceral and lyrical.

To Plant A Flag

Full props to Norwegian director Bobbie Peers for putting together a comedy duo we’ve always wanted to see: Jason Schwartzman and Jake Johnson. They’re as hilarious as you’d expect starring as two American astronauts in the early 1960s training for a lunar mission in rural Iceland.

This animated film by Brazil’s Nara Normande is certainly one of the most original films at Short Cuts this year, using ever-shifting grains of sand to tell a deeply moving story of childhood, friendship and loss.

Casting a cold, near nihilistic eye on human foibles leavened by a poignant, deep compassion, Aniara is an extraordinary piece of work about a trip to Mars that goes terribly wrong.

The whip-smart Freaks is driven by insight, intelligence and ingenuity and boasts a truly wicked cast which also includes Bruce Dern (at his cackling fearsome best), Amanda Crew and Grace Park.

This film is shot with a serene calmness that allows us to wallow in the beauty of the landscape, and marvel at the more fantastic (and often comic) elements of the sites. It leaves ample proof of why Drljača is one of the most assured and significant filmmakers working in Canada today.

Filmmaker Andrey Paounov follows his fellow Bulgarian, the artist Christo as he mounts the stunning installation of "The Floating Piers” on Italy’s Lake Iseo in 2016. Watching this act of imagination brought to life feels like witnessing a miracle.

This film is Mark Cousins' sweeping survey of women directors from around the world. Narrated by Tilda Swinton, this 4-hour instalment is the first of what will eventually grow to be a 16-hour work.

A stunningly-shot, smart, heartfelt and feisty feature debut by Turner-nominated artist Richard Billingham. Far from miserabilist, the film is as funny as it is moving, and includes a terrific period soundtrack from Siouxisie and the Banshees and the Fine Young Cannibals.

Peter Strickland haunts with us with the tale of a haunted dress which corrupts the lives of those who come across it in an eerie department store. A special brand of captivating Midnight cinema that envelopes you in the moment and continues to linger in your subconscious for days.

The Man Who Feels No Pain

An outrageous action-comedy with the requisite crowd-pleasing fisticuffs from India - a country that has somehow never been featured in the section! Abhimanyu Dassani makes a charismatic debut as the titular hero, a young man born without pain receptors and raised on a diet of kung fu cinema.

An absurdist satire about a soccer savant that hallucinates giant fluffy puppies whenever he steps onto the pitch. Also features a Kitten named Mittens.

After his discharge, an Australian soldier returns to a remote village in Afghanistan in an attempt to make amends for a botched mission. Beautifully photographed, with a remarkably compelling narrative, this film also has a making of back story that is as dramatic as the film itself.

This Guy Nattiv piece is based on the true story of an American white supremacist and his life-threatening struggle to leave the movement. Performances from Jamie Bell, Danielle Macdonald (Patti Cake$) and Vera Farmiga, and spirited direction make it a 'must-see.'

This is the most nuanced, textured, realistic—and yet ultimately optimistic—film I've ever seen about workplace sexual harassment, brought to you by director Michal Aviad.

Carmel Winters' film shows the power of family love and the passions of a 15 year old girl to live her dream, even if not completely accepted by her father. And, the central character is a head-strong young woman!

Rosanne Pel's first feature is tough to watch at times, as a teenage boy comes to terms with his choices, actions and consequences.

Mette is (or isn't) balancing the pressures of motherhood, relationship and career in this insightful look at what it means to try to "have it all." Esther Rots brings the world premiere of her film to TIFF.

A highly emotional, beautifully executed and precise film about a man and a woman who fall in love in 1940s Poland. Music ties them together and freedom is what fuels his desire to leave for the west, but she is hesitant of losing her identity, and their star-crossed destiny is played out against this backdrop of where they belong and where they should live.

This fictionalized portrait of Silvio Berlusconi takes us on a wild and energized voyage through parts of modern day Italy and the state, not just its politics, but also of the former Prime Minister himself in this swirling merry-go-round of a film.

Jean-Luc Godard, the eternal iconoclast, has assembled a film devoid of actors, that is as much an enquiry into the image as it is into questions that have always obsessed him.

Argentinian cinema has been obsessed with the period of the dirty wars in the 70s, and this film captures the mood and tone somewhat obliquely through the character of a lawyer who finds himself engaged in a chess game after an incident disrupts his life.

Played out against the economic troubles of the late 70s/early 80s in Mexico, this film is directed by Alejandra Márquez Abella. Acutely conscious of status and hierarchy, the film focuses on the wives who carefully guard their social status against the inroads of the nouveau riche.

The Extraordinary Journey of Celeste Garcia

A tongue-in-cheek debut by Cuban filmmaker Arturo Infante, this piece explores the life of a woman who lives next to an extraterrestrial while working at a planetarium.

Intimate and lovely, Federico Veiroj's latest feature explores the many layers that make up one's identity through a portrait of a single dad trying to balance the various aspects of his life.

After being jailed in an Israeli prison for over a decade, a Palestinian man has to adjust to life on the outside. But, he finds the world around him unfamiliar, even hostile.

Set after the annual pause in fighting (due to the mud) in the South Sudan, hajooj kuka makes his narrative feature debut with a comedy about an unlikely duo trying to doge their higher-ups in the army and ex-lovers alike over the course of one very eventful day.

Director Bai Xue displays an exceptional cinematic storytelling sensibility and a great talent in directing a cast mainly composed of newcomers and in telling a story of "crossings:" the traversal of national boundaries; of the line that separates the law-abiding citizen from the criminal; and of the frontier that divides childhood from adulthood

Chinese celebrity Yang Mi delivers an outstanding performance in Baby, the latest from Liu Jie (Courthouse on Horseback), a tautly paced, emotionally searing story that tackles the issues of fostering children and cost of medical care in China.

Kei Chikaura’s film addresses the issues of identity and human interaction while telling the story of an illegal Chinese immigrant, living on the margins in Japan who decides one day to adopt someone else's name in order to survive.

On one level, this film takes a critical look at contemporary social issues among young adults in an economy, where employment is hard to come by and your age becomes a handicap. On another level, it’s a bigger discussion about how society shapes us as individuals.

Sorry For Your Loss

Elizabeth Olsen and Kelly Marie Tran star in a moving and often hilariously honest episodic portrait of a young woman coping with the death of her husband and the secrets he left behind.

by Jason Gorber via blogTO
Posted by Arun Augustin at 11:33 AM