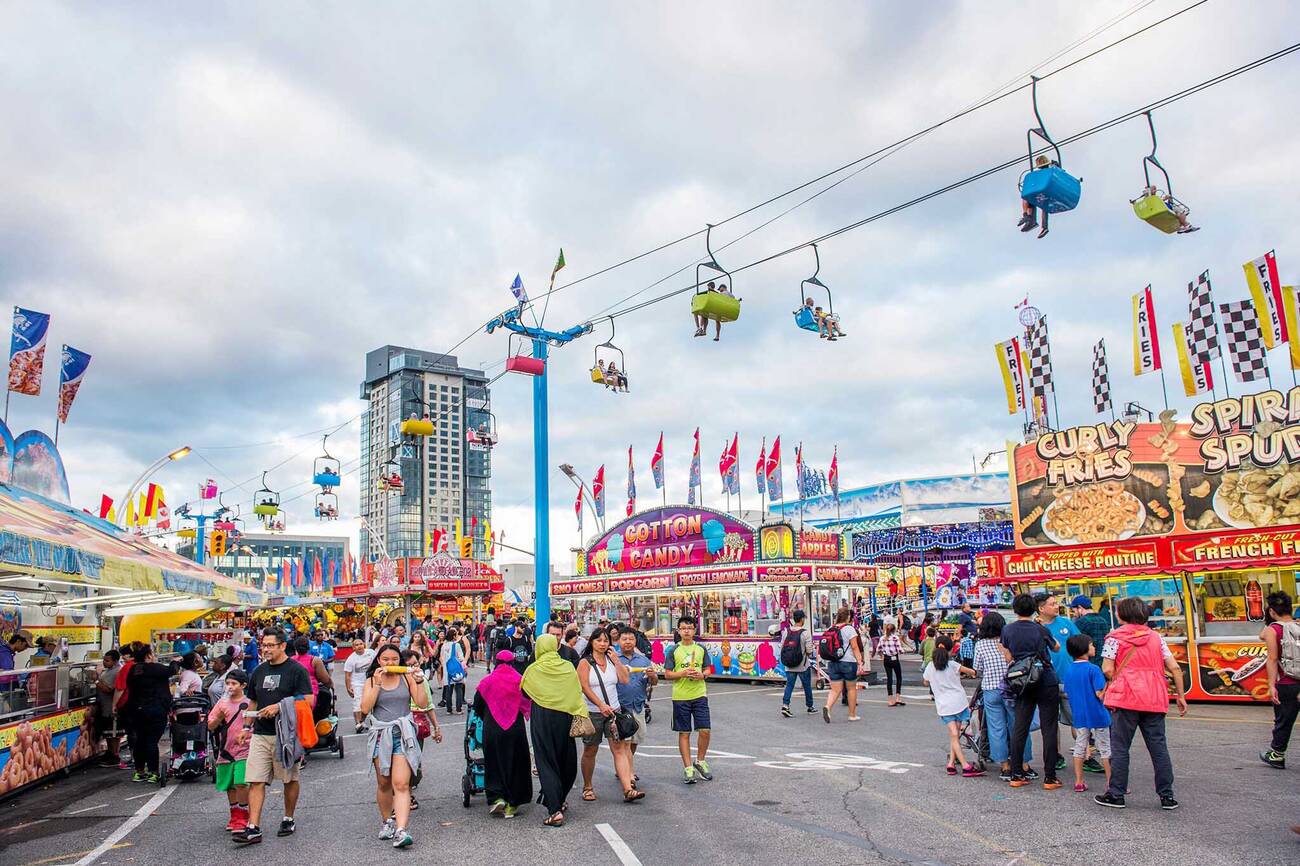 The last Hump Day of August is here and there's a number of ways to spend the day with events in Toronto. Drink beer the way it was meant—from a big, hefty cask, or check out some indie horror flicks. The CNE is offering free admission and finally, there's a free outdoor film screening of Wonder Woman.

CNE Free Admission (August 29 @ Exhibition Place)
Lyft has teamed up with the CNE to offer free admission to the park—a roughly $20 value—from 10 a.m. to 1 p.m. today. Enjoy!
Caskapalooza (August 29 @ Craft Beer Market Toronto)
Casks galore are on at the first annual cask festival with over twenty unique casks from local breweries and proceeds going to charity.
Movie Nights in the Beach (August 29 @ Kew Gardens)
Show up and spread out for a free outdoor screening of 2017's Wonder Woman along with complimentary popcorn to boot.
LVL UP (August 29 @ The Garrison)
Rock out with New York surfer-esque punk-poppers LVL UP who, on occasion, infuse a bit of country into their tunes. You just never know.
The Surreal Life Comedy (August 29 @ 187 Augusta Gallery)
Comedy is an art form that deserves nothing less than a gallery showing, and that's exactly what this is—a comedy show inside the 187 gallery.
Counting Crows (August 29 @ Budweiser Stage)
Sometime it seems like "Mr. Jones" plays everywhere, and now you can see the masterpiece live as the Counting Crows drop by Toronto for the night.
Get Sam a Van! (August 29 @ Parlour Salon)
Sam Coffey & The Iron Lungs' van was totalled and they're looking to raise some funds to replace the ol' gal with a performance inside a beauty salon.
Bombay Artisan Series (August 29 @ Artscape Sandbox)
Some of the city's best emerging artists show their stuff during this big art party and competition with none other than Lights on the judges panel.
Indie Horror Fest (August 29 - September 1 @ Eyesore Cinema)
Independent filmmakers from all over the world come together to showcase all the blood, guts and gore of a good horror film.
Ukrainian Film Days (August 29 - September 2 @ Imagine Cinemas Carlton)
The rich history and culture of Ukraine arrives with new feature films and some classics spread across five days.

by Lisa Power via blogTO
Posted by Arun Augustin at 5:33 AM