12 must-see concerts in Toronto this February 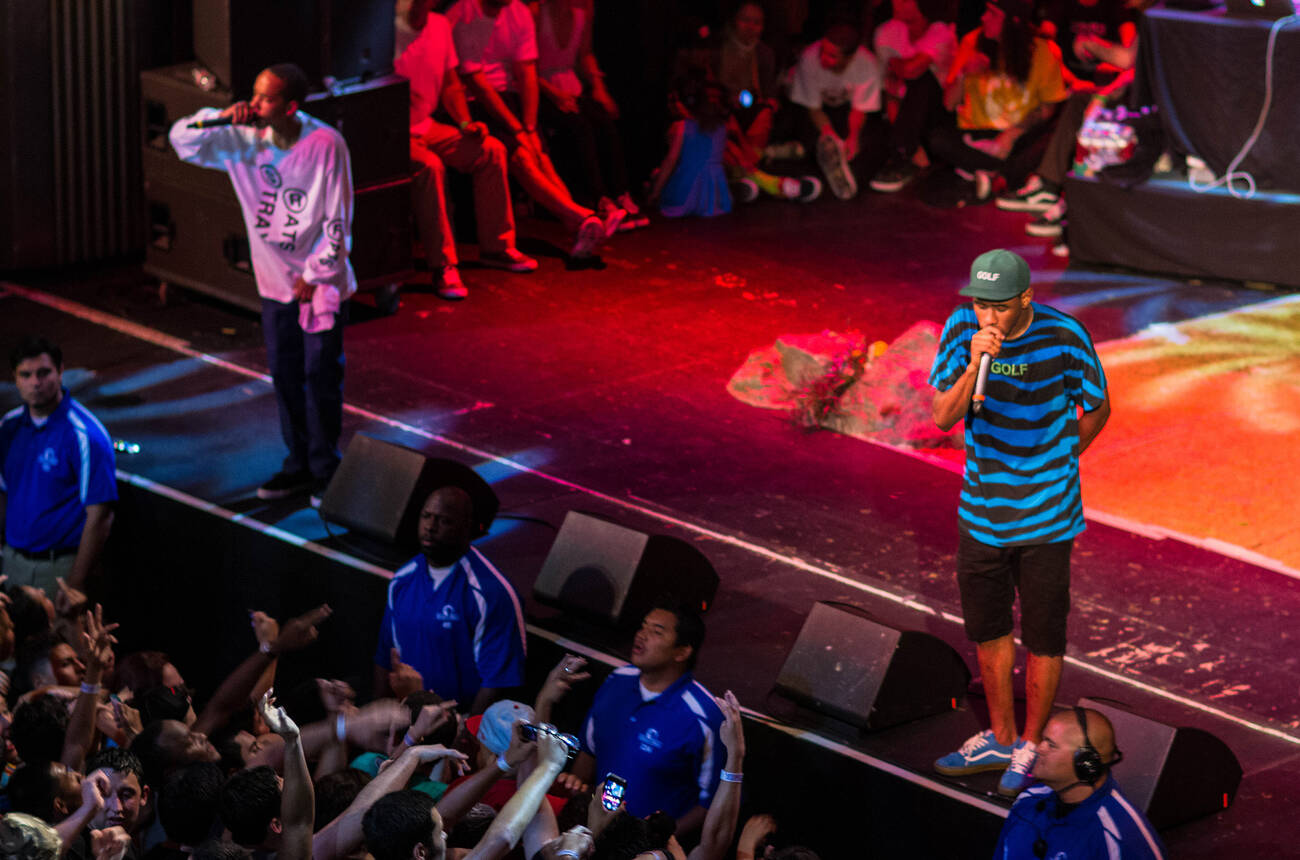 Must-see Toronto concerts this February will thaw your frozen heart, starting with a band saying goodbye and ending with another band’s long-awaited hello (very circle of life), plus charming indie, chart-topping hip hop and experimental wizardry in between.

The Balconies (February 1 @ Horseshoe Tavern)
After a decade of banging out high-energy, danceable indie, the Toronto-by-way-of-Ottawa duo are calling it quits - but not without another couple farewell rockouts, the first being at the Horsehoe.
Kimbra (February 2 @ Mod Club Theatre)
Slowly moving beyond being known as the girl in that Gotye song (no, don’t try to remember it...aaand it’s stuck in your head again), the charismatic New Zealand electro-pop star is finally releasing her third full-length this April.
First Aid Kit (February 5 @ Danforth Music Hall)
Y’all out there who appreciate pretty harmonies, this one’s for you. This duo’s sweet vocalizing over earthy folk is so authentically Southern, it’s hard to believe they’re actually from Sweden.
Casper Skulls (February 10 @ Super Wonder Gallery)
Another feather in the Buzz Records cap, the suburban foursome are launching their debut LP in a manner befitting any decent art-rock band - at a gallery alongside an art exhibition.
Mother Tongue (February 10 @ Music Gallery)
One of the most inventive options this month is the Music Gallery’s showcase of Indigenous artists exploring their traditional language and how it shapes the music they make. The roster ranges from young upstarts to seasoned Grammy Award-winners.
Drew McDowall (February 15 @ The Garrison)
Lovers of everything drone and weird, mark down this rare chance to see the former member of Coil perform live - he’ll be exhibiting Time Machines, the hyper-experimental opus they released 20 years ago, in its entirety.
Lido Pimienta (February 17 @ The Drake Hotel)
The reigning Polaris-Prize winner had a huge 2017, breaking barriers and receiving widespread acclaim, and it doesn’t look like 2018 will be any quieter. Her Toronto stopover has been expanded to two nights to keep up with demand.
Tyler The Creator & Vince Staples (February 17 @ Ricoh Coliseum)
Both Cali rappers made stellar albums last year and are set to take on new ventures in 2018 (animated TV show for Tyler, a Converse collab for Vince). But before they go full-mogul, they’re heading out on tour together.
Frightened Rabbit (February 18-19 @ Mod Club Theatre)
The Midnight Organ Fight was the breakthrough release for this Scottish indie band, and still regarded as one of the essential breakup albums of this century. They’re celebrating its 10th anniversary by performing it in full on a tour with Wintersleep
Noel Gallagher's High Flying Birds (February 20 @ Sony Centre for the Performing Arts)
The potato of his brother’s eye, Noel’s current band is doing quite well for themselves with the psychedelically tinged Who Built the Moon? from last fall. Unclear whether they’ll have the scissors player on tour though.
The Decibel Magazine Tour (February 20 @ The Phoenix Concert Theatre)
It’s that very loud time again: Decibel’s annual homage to current leaders in metal is making the rounds, stopping off at the Phoenix with four powerhouses: Enslaved, Wolves in the Throne Room, Myrkur and Khemmis.
American Nightmare (February 22 @ Velvet Underground)
This hardcore foursome broke up in 2004 and has toyed with being a band again over the past few years, playing the odd reunion gig. Now it’s the real deal - see them right after their new self-titled comes out with No Warning and Spiritual Cramp.

by Shazia Khan via blogTO
Posted by Arun Augustin at 5:30 AM