Cracked rail leads to another mess on the TTC 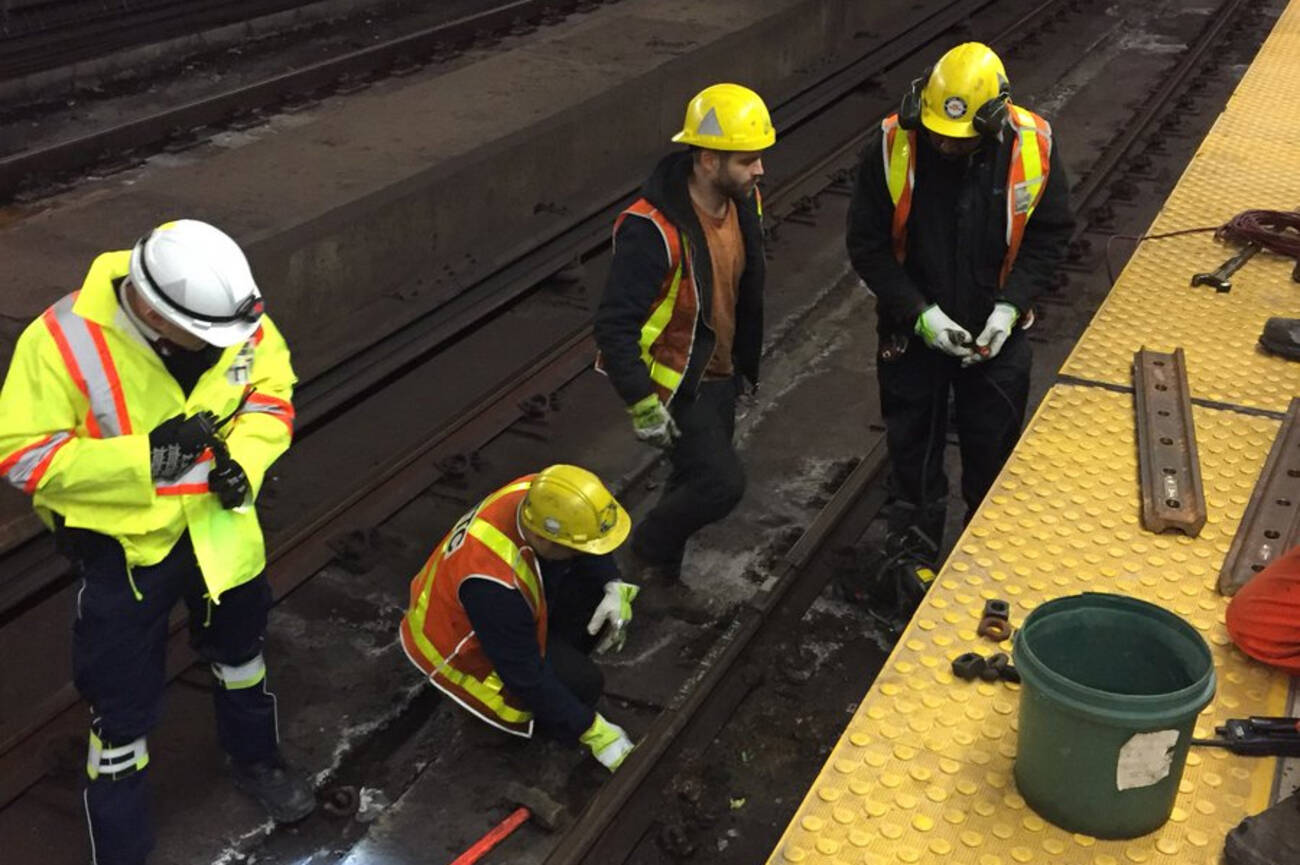 Another day, another mess on Toronto's subway system.

Commuters are reporting significant delays all over Line 1 this morning thanks to what TTC officials have revealed to be a cracked rail near Bloor Station.

Service will be slower than usual all day, according to the transit commission, as trains must pass by the crack slowly until permanent repairs can be carried out.

Here’s the cracked rail. We have made temp repairs. Travel times picking up. Will have a reduced speed zone through the area (this is at Bloor Stn northbound) for the balance of the day. pic.twitter.com/PQTIEJ1SPU

The TTC is advising customers to allow themselves an additional 5 minutes between Union and Bloor today when travelling in either direction.

Customers are subsequently advising the TTC to go eff itself.

Come on #ttc get your shit together. I've been late EVERY SINGLE day this week. #commuteissues

Even the most forgiving of regular riders are starting to lose patience with North America's "transit system of the year" after yesterday's apology-inducing horror show of a morning.

"Can I just forward my boss' email to you, so you can explain why the '#1 transit in NA' has now managed to make me late two days in a row?" asked one passenger on Twitter. " This is bad guys, 1000's of us depend on TTC & we get penalized for your ongoing issues."

"Why does TTc have to be this bad at the worst time of year?" asked someone else. "Like we get it, we all want to die, are you happy?"

You would think #ttc service would be much better after yesterdays fiasco guess again. Yonge & bloor packed. Guess @TTCnotices dont care cause ppl have no other choice. #dontvotetory #ttcsuck pic.twitter.com/QKEIUsWZU9

Now, in addition to problems caused by the cracked subway rail northbound at Bloor, signal problems at St. George Station are slowing things down on Line 2 heading westbound from Pape.

TTC spokesperson Brad Ross says that, while temporary repairs have been made for the first problem, Line 1 will have a reduced speed zone through the area "for the balance of the day."