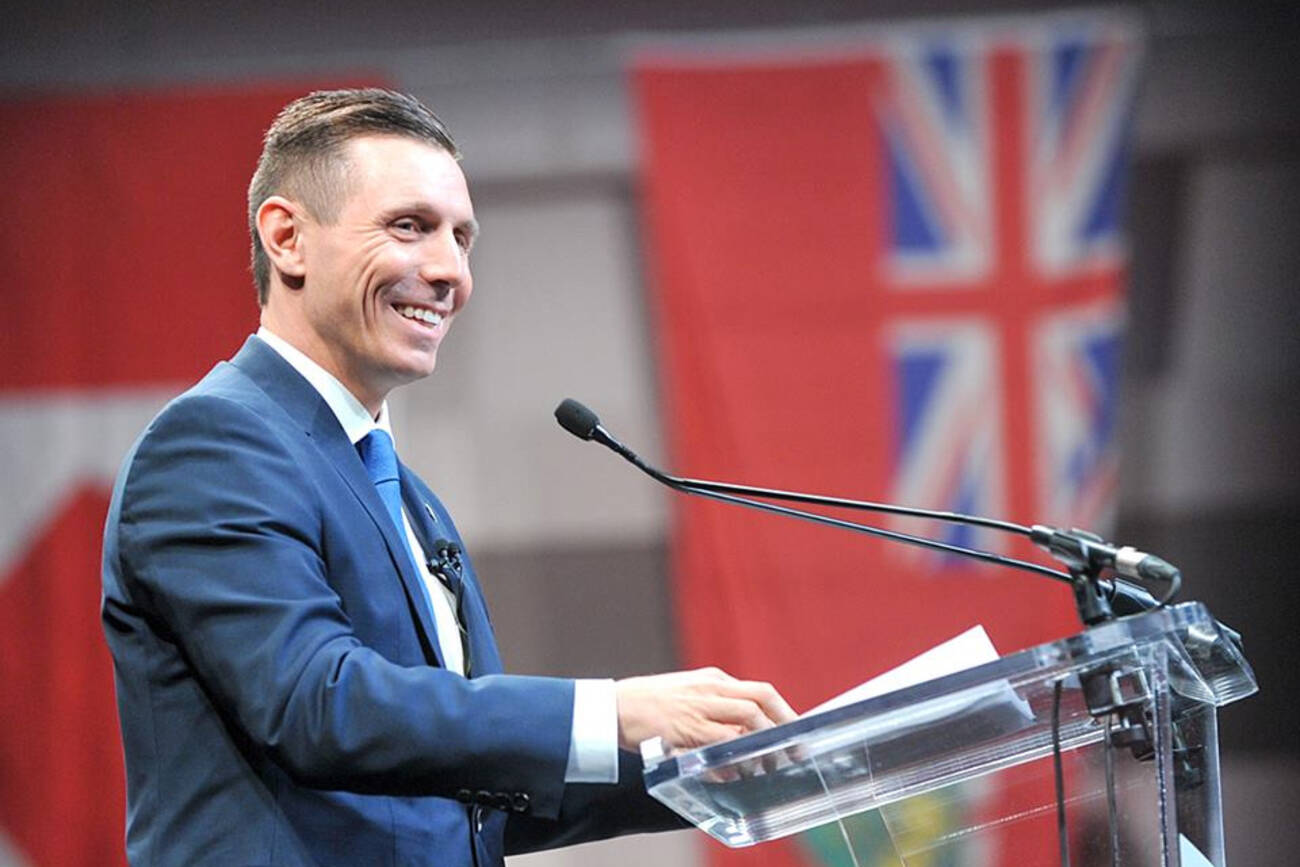 Patrick Brown has resigned from his post as leader of Ontario's Progressive Conservative Party following allegations of sexual misconduct that, just hours earlier, he denied during a tearful press conference.

News of the allegations broke late Wednesday evening ahead of CTV reporting that two women had come forward with "graphic sexual misconduct allegations" against Brown.

Both allegations date back to Brown's time as a federal MP, one of them more than 10 years ago.

The first woman says she was in high school when Brown met her at a bar in his native Barrie, Ontario.

She says that the politician, who was sober, invited her back to his home where he asked for oral sex. The woman, who says she was drunk at the time, says that she "kind of came to" after 5 to 10 minutes and left.

The second woman says she met Brown in 2012, when she was 18, on an Air Canada flight. Brown allegedly found her on Facebook later that night and gave her his phone number.

The woman eventually took a summer job in his constituency office. It was during this time that she says Brown assaulted her at his home, while she was drunk, following a party.

Brown denied the allegations as "false and defamatory" during a news conference at Queen's Park late Wednesday, in which he vowed to "defend myself as hard as I can."

The least surprising news I’ve ever heard. If you know anyone from Barrie or anyone who’s worked in constituent offices, you’ve heard the stories about the shit Patrick Brown did/does https://t.co/e2ZfYDcM9y

Several of Brown's campaign staffers quit after learning of the allegations, but the Ontario PC leader initially refused to step down.

Having learned of these allegations earlier this evening, I have made the decision to join my colleagues and friends by stepping aside from the campaign in my role as Deputy Campaign Manager. https://t.co/9w3LZsJ0Qr

MPPs reportedly demanded Brown's resignation during a late night conference call, during which he complied.

I’m sickened and disheartened by the events which led to Patrick Brown’s resignation. My heart goes out to the women affected. Due process is important but also the future of the Province. The Ontario PC Party will go on, under a new leader, to present a compelling vision.

"These allegations are false and have been difficult to hear," said Brown in a statement on Thursday morning. "However, defeating Kathleen Wynne in 2018 is more important than one individual.

It's a difficult and brave thing to do to come forward in the way these young women have done tonight. My government and I have been clear on the issue of sexual harassment and assault. In fact our policy and our ad were called "It's Never Okay".

"For this reason, after consulting with caucus, friends and family I have decided to step down as Leader of the Ontario PC Party," he continued. "I will remain on as a MPP while I definitively clear my name from these false allegations."

by Lauren O'Neil via blogTO
Posted by Arun Augustin at 6:42 AM