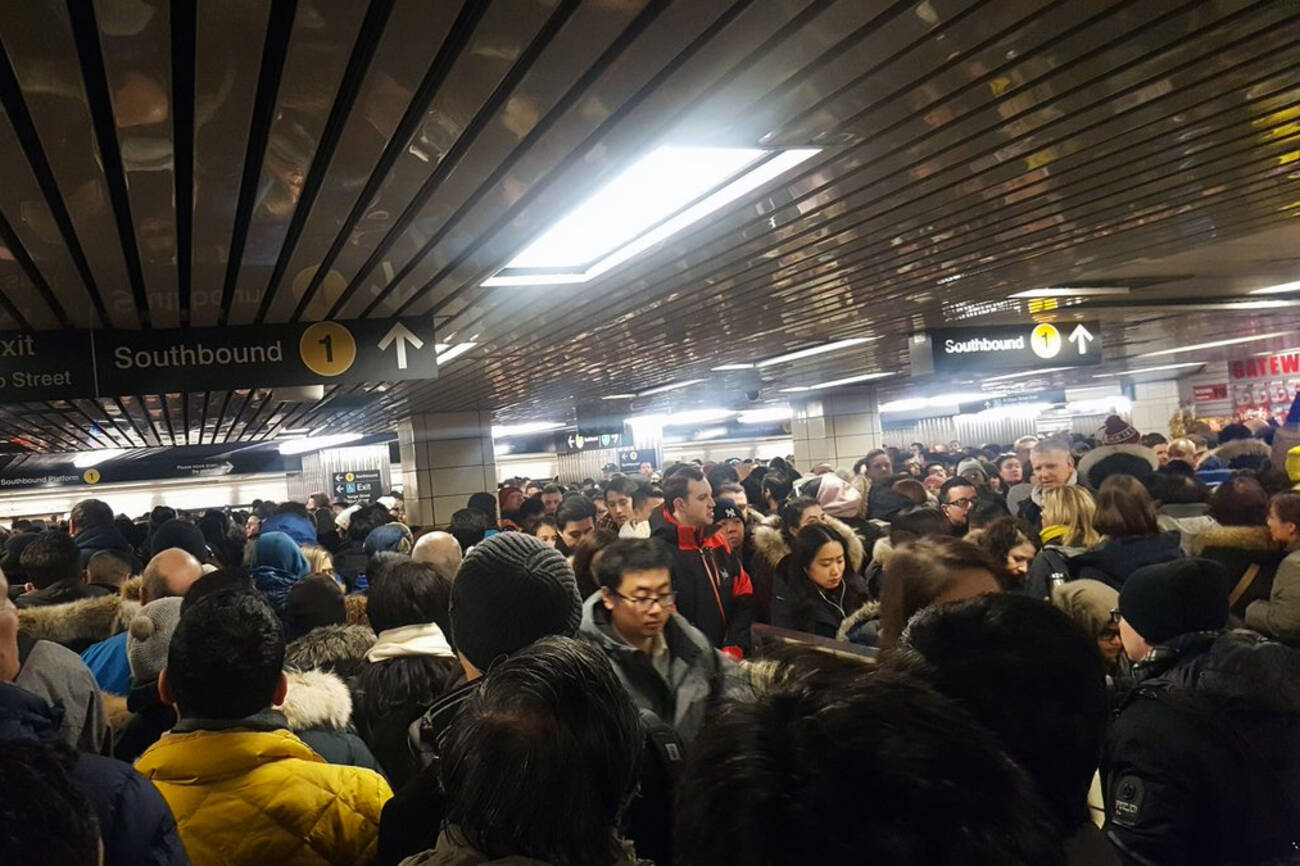 TTC spokesperson Brad Ross is apologizing to the people of Toronto today for a series of unfortunate events that made thousands upon thousands of people late for work this working.

"This morning's service on Line 1 was abysmal," wrote Ross on Twitter shortly before 4 p.m. on Tuesday. "And, for that, the #TTC sincerely apologizes."

@JohnTory Mayor, Someone was really mad at you this morning at the line 1 and 2 meltdown when @TTChelps was completely helpless and the 40min standstill at Yonge na bloor. People pass out, there was no staff no police no crowd control. Something to reflect. pic.twitter.com/ISpfDIvRvD

Ross attached a list to his tweet explaining everything that went wrong this morning in order for full-on hell to break loose.

By his description, it was a veritable comedy of errors, complete with Benny Hill music playing in at least one person's mind – or it would have been, had anyone riding the subway stopped grimacing long enough to laugh.

This morning's service on Line 1 was abysmal and, for that, the #TTC sincerely apologizes. Here's what happened: pic.twitter.com/ANXSU8CBkx

It was the 21-minute-long delay at Museum Station that set off the major ripple effect of excessive overcrowding at St. George and Bloor-Yonge Stations, says Ross.

"The pocket tracks mentioned above would have been useful to park some empty trains and to insert quickly into service as platforms became excessively crowded," he explains.

"That’s what happened, and we will learn from it."

#TTC
I’m having trouble remembering a time when I wasn’t on this platform. Fresh air is but a distant memory. The sunshine? A legend from my youth. If I don’t make it out of this, just know I died doing what I love...commuting to work. pic.twitter.com/O4K2ZqrEid

Some people aren't too keen on accepting the apology, but many on Twitter are thanking Ross for his transparency. If only the TTC did a better job of communicating how bad the situation was to people entering stations during the worst of it.

Fortunately, there are also many jokes to ease the pain. Toronto transit riders love to crack jokes. Consider it catharsis.

"I guess after a 100 years of service you're still working out the kinks," reads one reply to Ross's tweet.

"Cool cool, feel free to throw $3 back on my Presto considering I had to walk from Bloor to King at 9:45am," wrote another.

"And ya'll haven't figured out where to *suggest* we get off after bypassing major intersecting stations despite the subway existing since the '50s."

by Lauren O'Neil via blogTO
Posted by Arun Augustin at 2:11 PM