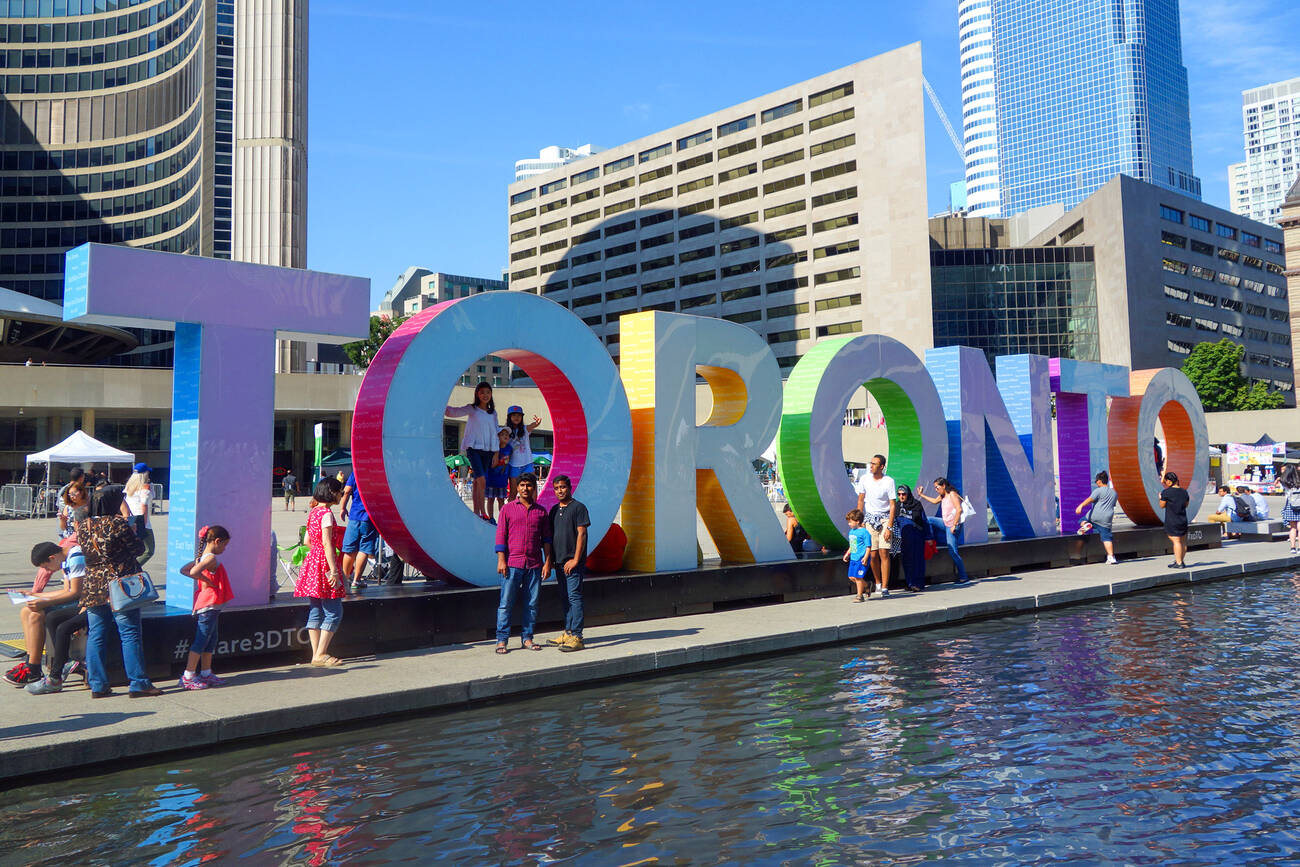 Nearly 44 million visitors spend almost $9 billion in Toronto last year – the highest number of tourists (and tourist dollars) ever to grace our city within a 12 month period.

"More and more, world travellers are seeing Toronto as an exciting urban destination," said Tourism Toronto president Johanne Bélanger in a press release issued Wednesday. "We're seeing that with both a record number of visitors and visitor spending."

Bélanger credits at least some of that success to his association's gangbusting, 2017 tourism video, "The Views are Different Here."

I credit at least a bit more of that success to Degrassi kid-turned-rap superstar Drake, who popularized the term "views" (in relation to our city) in the first place.

Great news and another sign that our city is booming! Toronto had a record-breaking tourism year in 2017. 43.7 million people visited Toronto and they spent $8.8 billion - $700 million more than 2016. #SeeTorontoNow pic.twitter.com/yxqI1vlb87

A spike in the number of international visitors was also highlighted in Tourism Toronto's press release. The city saw 5 million overseas tourists for the first time ever last year, with more than $2 billion being spent here by non-Canadians in 2017.

Canadians still make up the bulk of both overnight and same-day visits to the Toronto region, but people from Mexico are fast become some of the city's biggest fans.

Visits from Mexico rose by a whopping 72 per cent last year, likely because Mexican travelers no longer require a visa to visit our country.

Major tourist events like the Invictus Games, Caribana and Pride can't be overlooked, of course, nor can the 951 business meetings and conferences that were booked in Toronto last year. About 400,000 people from the latter category spend $634 million here in 2017 alone.

Analysts expect to see much of the same, if not more, business spending over the next few years.

"Now that 2018 is here, we can look forward to the 24 city-wide conferences and events taking place throughout the Toronto region, the most Toronto has hosted in a single year," said Bélanger.

"Future growth indicators for the visitor economy remain strong," she continued, "and that benefits Canada, Ontario, the greater Toronto region and the 329,000 people that work in tourism-related industries."

I'll admit that they can be annoying, but tourists do work wonders for any region's economy.

So, the next time you get miffed by all of the slow-walkers taking up sidewalk space downtown, just think of all their sweet, sweet cash.

by Lauren O'Neil via blogTO
Posted by Arun Augustin at 12:52 PM