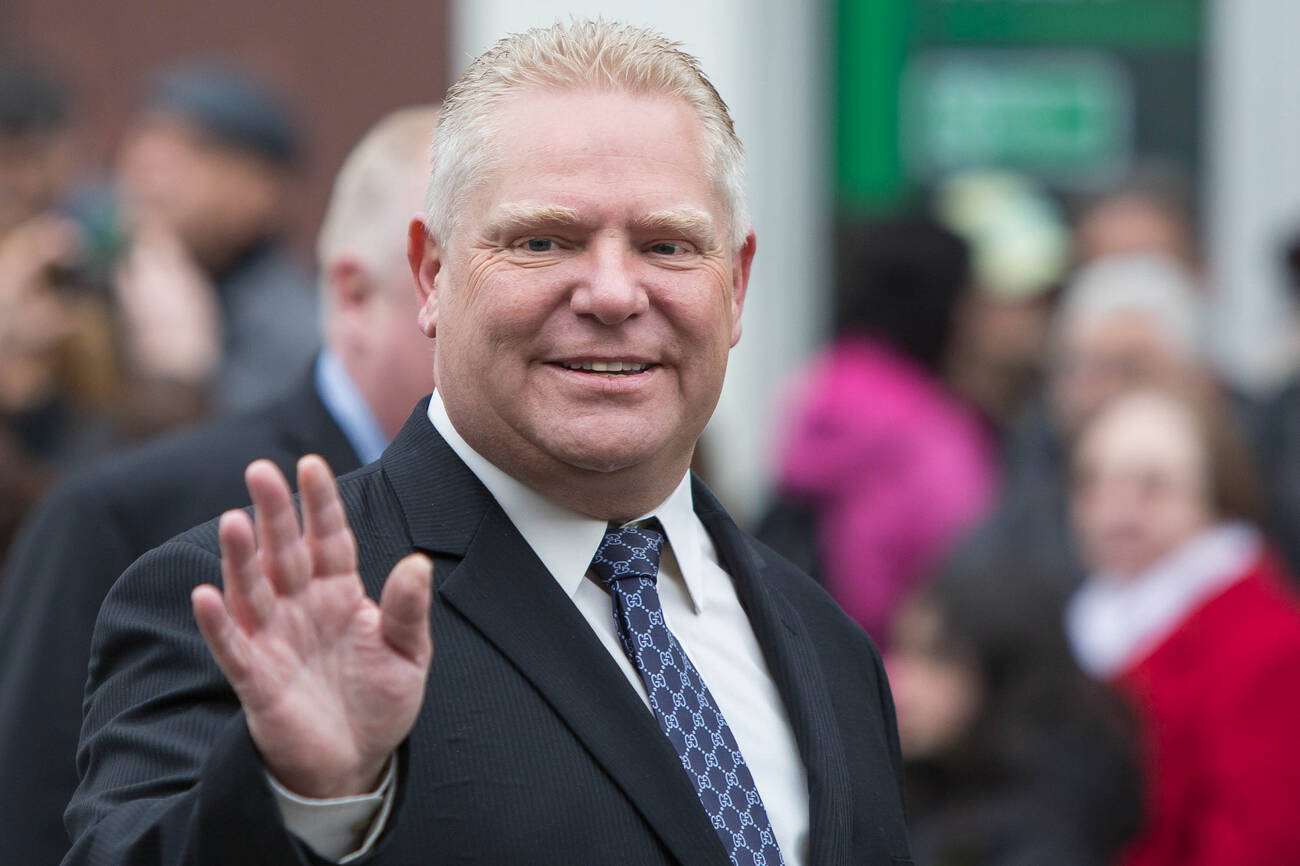 Well, it's official. Doug Ford is throwing his hat into the ring for leader of Ontario's Progressive Conservative Party.

This means that he can no longer run for Mayor of Toronto – at least not until the provincial race is over (though, theoretically, he could still jump in again at the last minute.)

To the elation of basement dwelling man trolls everywhere, Doug Ford literally holds a press conference in his mother's basement to announce his intention to ruin the Ontario PC Party. @fordnation https://t.co/Uolnb6tGCf

Ford announced his provincial leadership bid from his mother's basement in Etobicoke around noon on Monday, vowing to "clean up the mess" and save Ontario's PC party from falling into the hands of "elites."

Don't any of the Fords have homes? Why are they always at their Mom's house? @fordnation you just got Premier Wynne re-elected.

"The McGuinty-Wynne Liberals have destroyed Ontario's economy," wrote Ford on Twitter following the announcement. "Life in this province is unaffordable... The hardworking taxpayers of this Province deserve better."

The "elites" don't want #DougFord in the leadership race, but they sure want to hang out in his mom's basement to play Dig Dug on his sweet new Atari. #onpoli

Ford, the brother of late former Toronto Mayor Rob Ford, has set up a website for his campaign in which he refers to himself as a "Canadian businessman and politician."

This site doesn't include much at this point aside from an input form for voters to register their support.

Starting the campaign from his mom's basement, when he's almost in his 50s. I'm going to enjoy watching this shit show. #DougFord #ONpoli #OntarioPCParty https://t.co/DYb1Od64iE

Reaction to the idea of Ford as Ontario's Premier (should he win the provincial election this June) has been harsh, swift and filled with talk of basements.

On the one hand, running for provincial party leader news means that Ford won't be focused on running for Mayor of Toronto this spring.

"I had every intention of running for mayor of this great city," he said during his press conference on Monday. But alas, he's chosen provincial politics instead.

On the other hand, the potential leader of our entire province just held a press conference from his mom's basement.

So #dougford has a news conference in his mom's basement announcing his intention to destroy the @OntarioPCParty and any chance for a June election victory... #ONPoli #OntarioPC pic.twitter.com/MQvNNjzmuO

This has largely overshadowed most of everything else being said about Ford on Twitter right now.

Will he commit to moving the Premier's Office to his mother's basement? Will the windows into the basement be open and transparent? The people of Ontario have a right to know. #onpoli https://t.co/0YWh58x2Qa

Despite the joking, political buffs are taking Ford's move quite seriously.

The former city councilor is seeing his fair share of #FordNation supporters in his own feed, and they don't care one bit about where he runs his campaign from.

Hammer those effing ON liberals bstards into the ground, deep, real deep; power hungry, insidious, rapacious, rotting, corrupt 2faced money hungry grubbers, the likes of which all of Ontario is just waiting to take our final kick at on June 7. @ontarioisproud @ontscandals

Hey, if a reality TV star can become President of The United States, surely a politician can host press conferences from their mom's basements and win.

We've seen stranger things happen with politicians in this city (and family.) At the very least, this is going to be an entertaining run.

Doug Ford makes announcement from mother's basement: "We're out of Cheetos and Mountain Dew! Can you get some from the store?" #FordNation #onpoli

Heck, it already is.

by Lauren O'Neil via blogTO
Posted by Arun Augustin at 10:35 AM