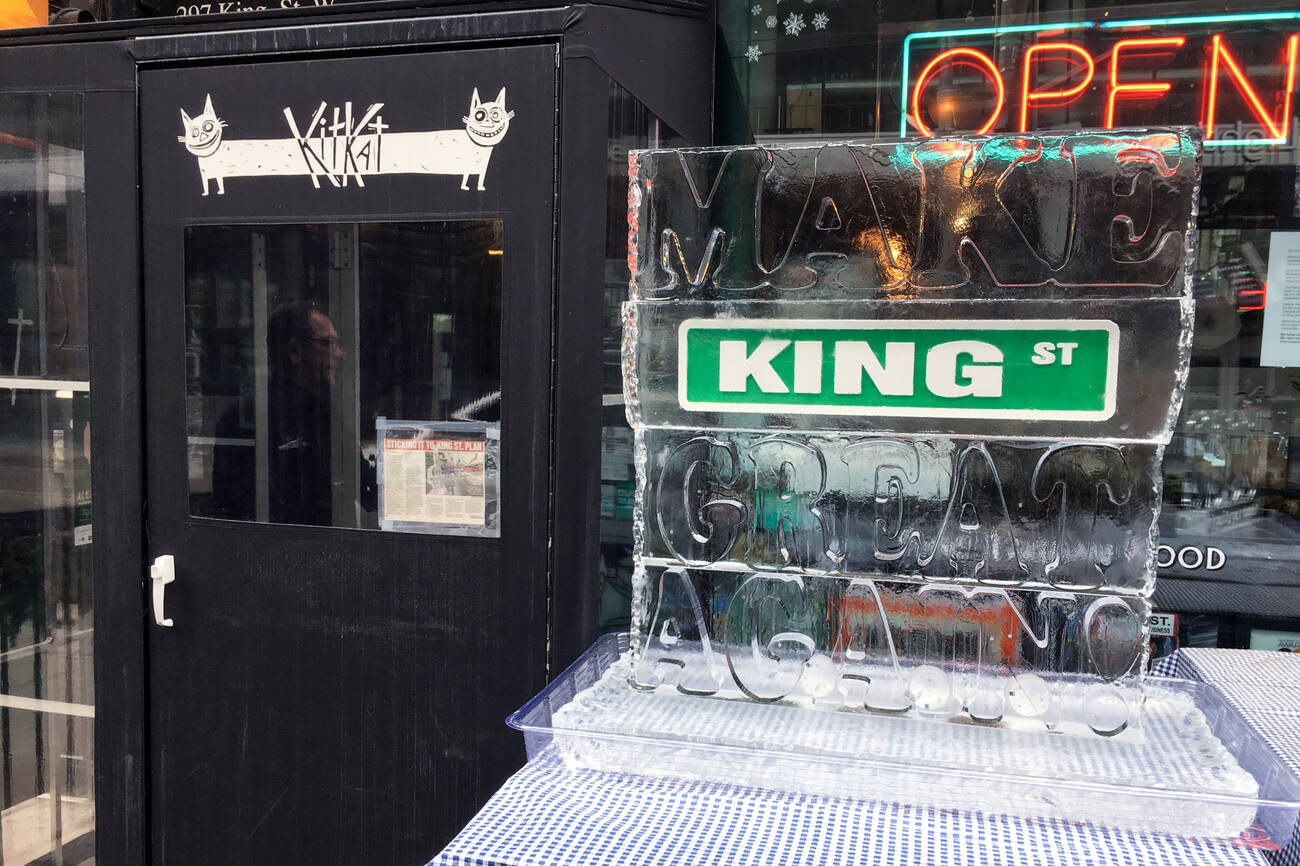 It doesn't have quite the same ring as MAGA, Trump nation's "Make America Great Again" rallying cry, but the message is similar.

Kit Kat owner Al Carbone wants to "make King St. great again," and he's installed yet another pair of ice sculptures in front of his restaurant this week to help get the word out far and wide.

There must be a "better way" for EVERYONE! pic.twitter.com/fHXdxtJmDa

Carbone's ice sculpturing campaign began roughly two weeks ago with the appearance of a giant, icy middle finger in front of the Kit Kat.

That sculpture kicked off a now weeks-long series of heated arguments between restaurant owners like Carbone, who say that new traffic restrictions on King are hurting business, and local citizens who support the King Street Transit Pilot.

The original middle finger sculpture, which had the words "fuddle duddle" at its base, was joined by sculptures of a small business and the heads of Mayor John Tory, former city planner Jennifer Keesmat and city councillor Joe Cressy riding a streetcar last week.

It was only on Wednesday that the middle finger was replaced with two icy thumbs up and the word "VICTORY."

The drama surrounding the #KingStreetPilot gets even more bizarre as Kit Kat restaurant replaces middle finger with thumbs up sculpture. https://t.co/QFettRUAGd pic.twitter.com/Ukpy7ppn9b

"We proved our point," said Carbone when asked about what the thumb sculptures meant. "City Hall isn't listening and everybody knows that now. It was a good investment."

And yet, as of Monday, those thumbs up sculptures are gone.

Both hands have been replaced with a new sculpture that reads "Make King St. Great Again." A second, thinner sculpture nearby has the words "thank you for your support" under a giant "SOS." 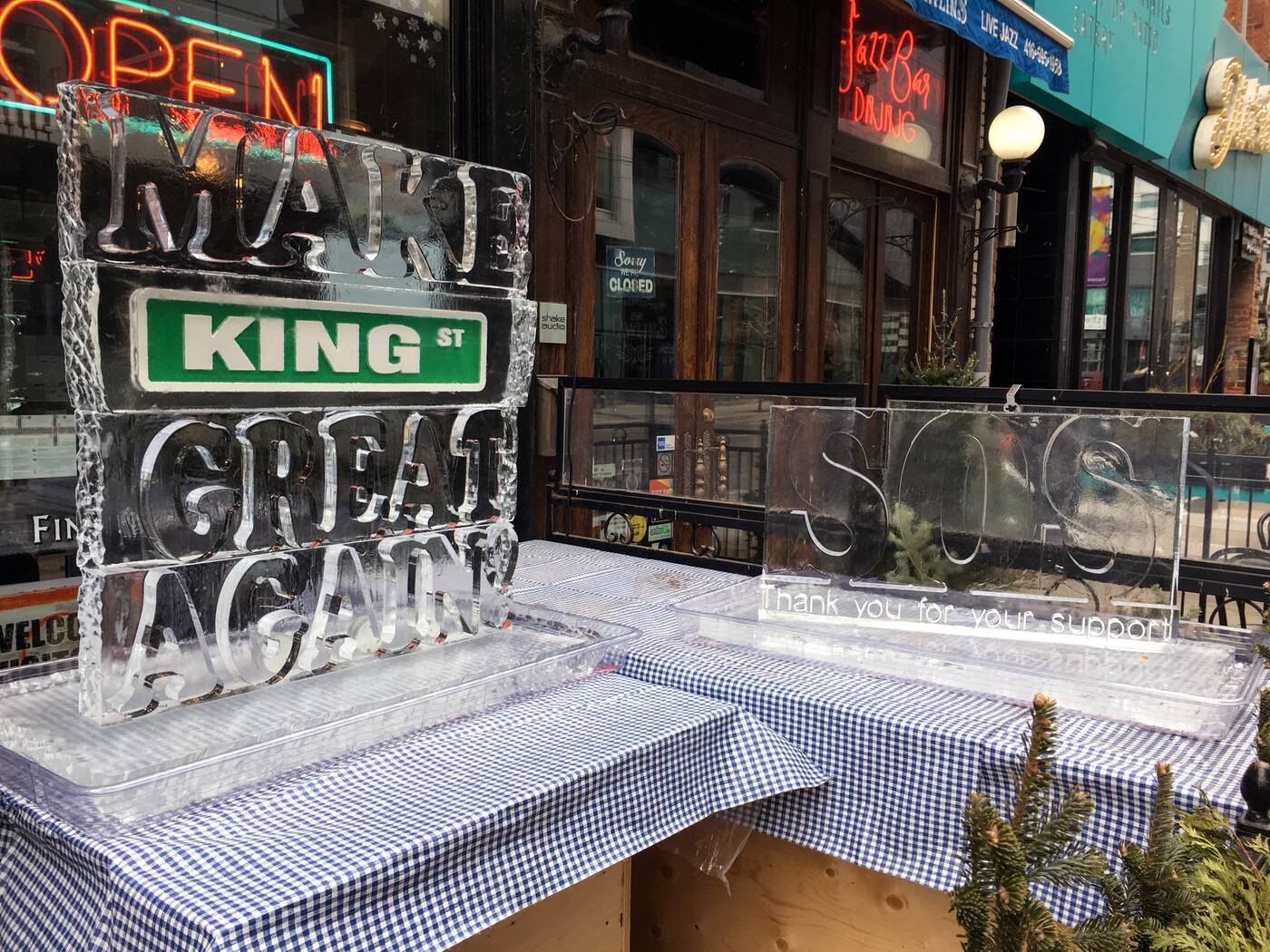 "The King Street Pilot is causing damage to the businesses within the Entertainment District," reads a petition that Carbone is still circulating through social media.

"There is a lot of conflicting information being put out right now and we are seeking signatures from those that live, work, visit and commute through the Entertainment District," he writes "to shine a light on the actual number of people being negatively impacted by the City's lack of action in amending the Pilot."

A total of 156 people have signed the petition so far.

by Lauren O'Neil via blogTO
Posted by Arun Augustin at 1:35 PM