Safety concerns arise after mass overcrowding on the TTC 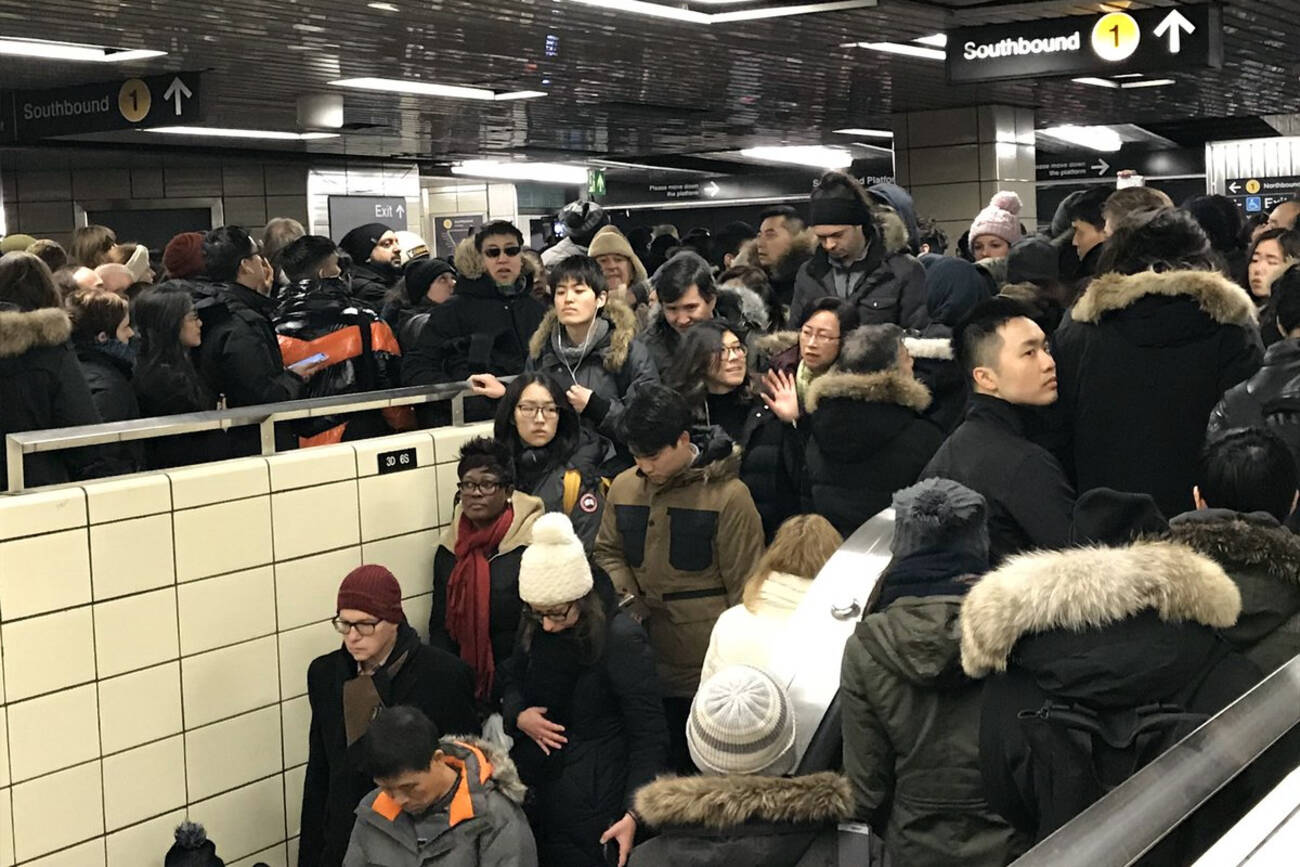 As I'm sure you all well know by now, the TTC was stupid packed on Tuesday morning thanks to a perfect storm of mechanical issues, signal problems and emergency alarm activations.

Thousands of people were late for work and fuming with frustration by the time they left the subway system, but, despite severe overcrowding, no passengers were seriously injured in the fray.

Could this have played out differently? What if someone had been pushed from an overcrowded platform onto the subway tracks? What if a filled-t0-the-brim underground station needed to evacuate fast?

Horrific safety risk on the #TTC. Easy to imagine the crowd stirring + pushing ppl onto the tracks, esp. young, elderly, disabled. While #Toronto waits for new transit capacity, we need platform doors before someone gets killed. @TTChelps #TOpoli #onpolihttps://t.co/8mM5Zkbbis

Some serious concerns are being brought forward in light of yesterday's system-wide snafu –which, it should be noted, almost saw the TTC shut down Bloor-Yonge Station as a means of crowd control.

"It was unbelievably dangerous trying to navigate from Line 2 to Line 1 at Yonge/Bloor this morning," wrote one passenger on Twitter. "Is it going to take some serious harm before something is done?"

"What if there was an emergency? Or a fire? We'd have all been in very serious trouble," wrote someone else. "Please @TTChelps. Do more. Be better. Extreme overcrowding isn't healthy and surely many fire, health, and safety codes are being broken."

So what would the TTC do if, say, an emergency broke out at a station so packed on every level that people could barely move?

"Every station is different and has emergency evacuation procedures in place," says TTC spokesperson Stuart Green. "Our station staff are trained to monitor crowds. In addition to the camera monitoring at Bloor, for example, we have the ability to perform in-person visual inspections and respond accordingly."

As for people falling off open edge platforms, well, it happens – sometimes when service isn't even that busy.

This! I really, really want to like the #TTC but times like this morning (and in this video!!) show how unreliable & dangerous it can be re: crowd control and public safety. So thankful to be at work with coworkers who left gummybears on my desk for me :) https://t.co/uAYQQqnHRi

Green says that, because this possibility does exist, it's vitally important for all passengers to observe the yellow warning strips on subway platforms.

"We have a protocol when platforms become crowded which includes enhanced monitoring and slowing trains to 15 km/h so they can safely stop if they need to," he said. "Station staff will also walk the platform to ensure people are a safe distance back from the edge."

The TTC doesn't have any records of people falling to track level due to crowding, according to Green – but should it happen in the future, subway operators are prepared.

"In the rare cases when people are at track level (for whatever reason)," he said, "the priority is to cut power to the third rail and get them back to platform level as quickly and safely as possible."

by Lauren O'Neil via blogTO
Posted by Arun Augustin at 2:36 PM