The top 10 events in Toronto this February 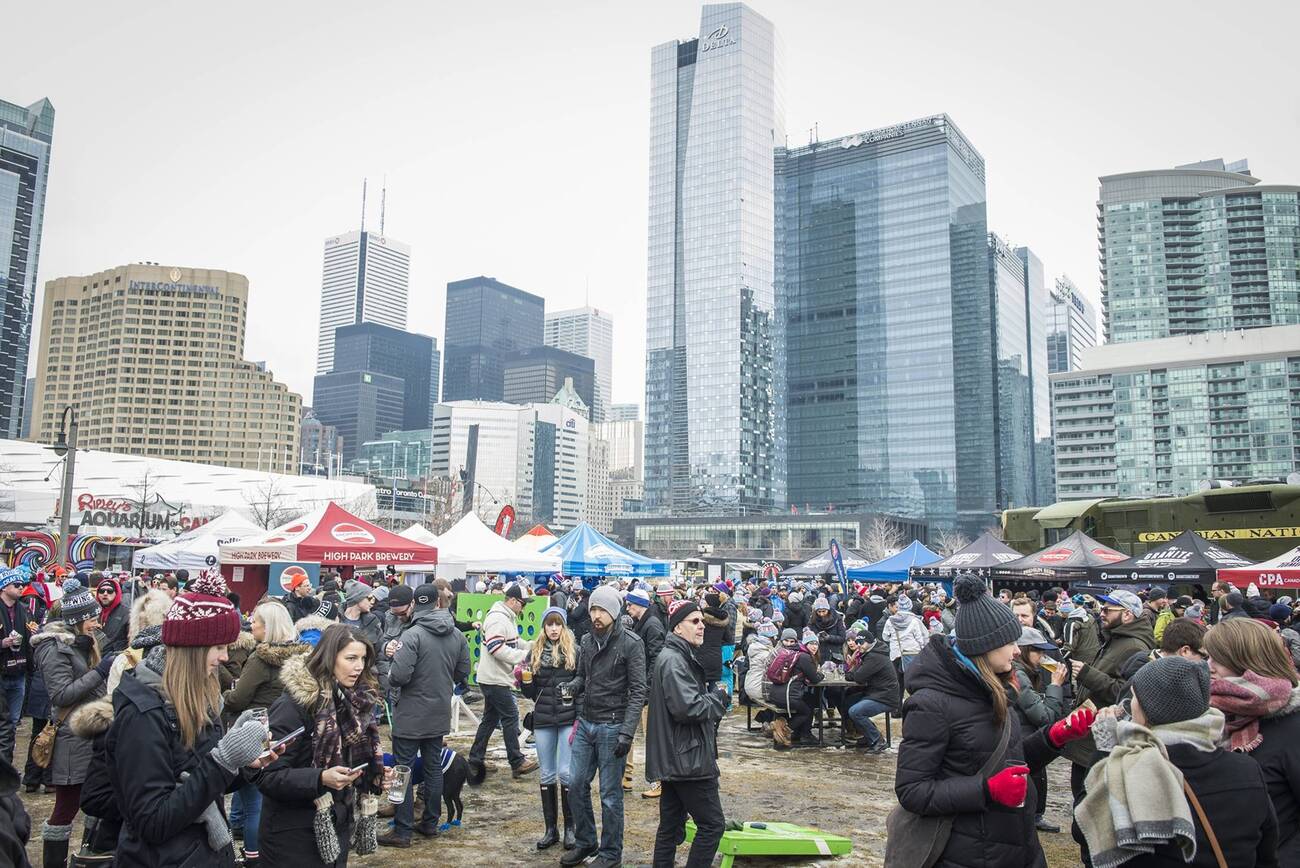 The top events in Toronto this February include an epic outdoor beer festival, the newly revamped Fashion Week, and a three day goodbye party for a beloved food and music venue. In addition to all that, there are Valentine's themed pop-up markets, big name concerts, and a number of free events you won't want to miss.

Progress Festival (February 1-18 @ Theatre Centre)
Progress is an international festival of performance and ideas curated and produced by a series of Toronto-based theatres, art centres, and dance communities.
Toronto Tea Festival (February 3-4 @ Toronto Reference Library)
Sample hundreds of the world's finest teas courtesy of over 40 exhibitors stationed at this two day love letter to tea. Last year's over 3000 people attended, so expect to connect with fellow tea lovers.
Toronto Fashion Week (February 5-7 @ Multiple Venues)
The latest installment of Toronto Fashion Week lands this month, and in addition to plenty of runway affairs, it includes an all new speaker series from top voices in the fashion and design industry.
Roundhouse Winter Craft Beer Festival (February 10 @ Roundhouse Park)
Craft beer, food trucks, campfires and DJs await at the Roundhouse’s cheap winter beer festival in February. Tokens sell for $1, then drinks are only one for a half or two for a full pint!
Toronto Black Film Festival (February 14-19 @ Multiple Venues)
Back for a sixth year, the sister festival to the original Montreal show brings films representing storylines about Black people and the work of Black filmmakers to big screens in Toronto.
Rhubarb Festival (February 14-25 @ Buddies in Bad Times Theatre)
Canada's longest running new works festival transforms Toronto into a hotbed of experimentation, creating a space for the most adventurous ideas in theatre, dance, music and performance art.
Wavelength Winter Festival (February 16-18 @ The Garrison)
This is one of the hottest spotlights of indie music all season, with local rising talents like Bossie and Plazas playing the same stage as names like Broken Social Scene's Brendan Canning.
Winterfolk (February 16-18 @ Multiple Venues)
Toronto's annual blues and roots music festival returns to the Danforth this month for an all ages tour of five iconic venues over three days, with more than 150 artists performing.
D-Beat Forever Fest (February 17 @ D-Beatstro)
The beloved vegan cafe, live music venue and DIY event space announced earlier this year that they're shutting down in February, but not before a three day music fest in honour of its tight-knit community.
The Artist Project (February 22-25 @ Better Living Centre)
250 of the top contemporary artists from Canada and abroad grace Toronto with their work for the Artist Project. You can even buy pieces directly from the artists who stand out to you.
Yoko Ono The Riverbed (February 22 - June 3 @ Gardiner Museum)
Multi-decade, multi-discipline artist and activist Yoko Ono brings her three part Riverbed installation to Toronto. The installation is billed as something of a temporary art village inside the Gardiner Museum.

by Corey Van Den Hoogenband via blogTO
Posted by Arun Augustin at 11:46 AM