Toronto's about to get hit with a major snowfall 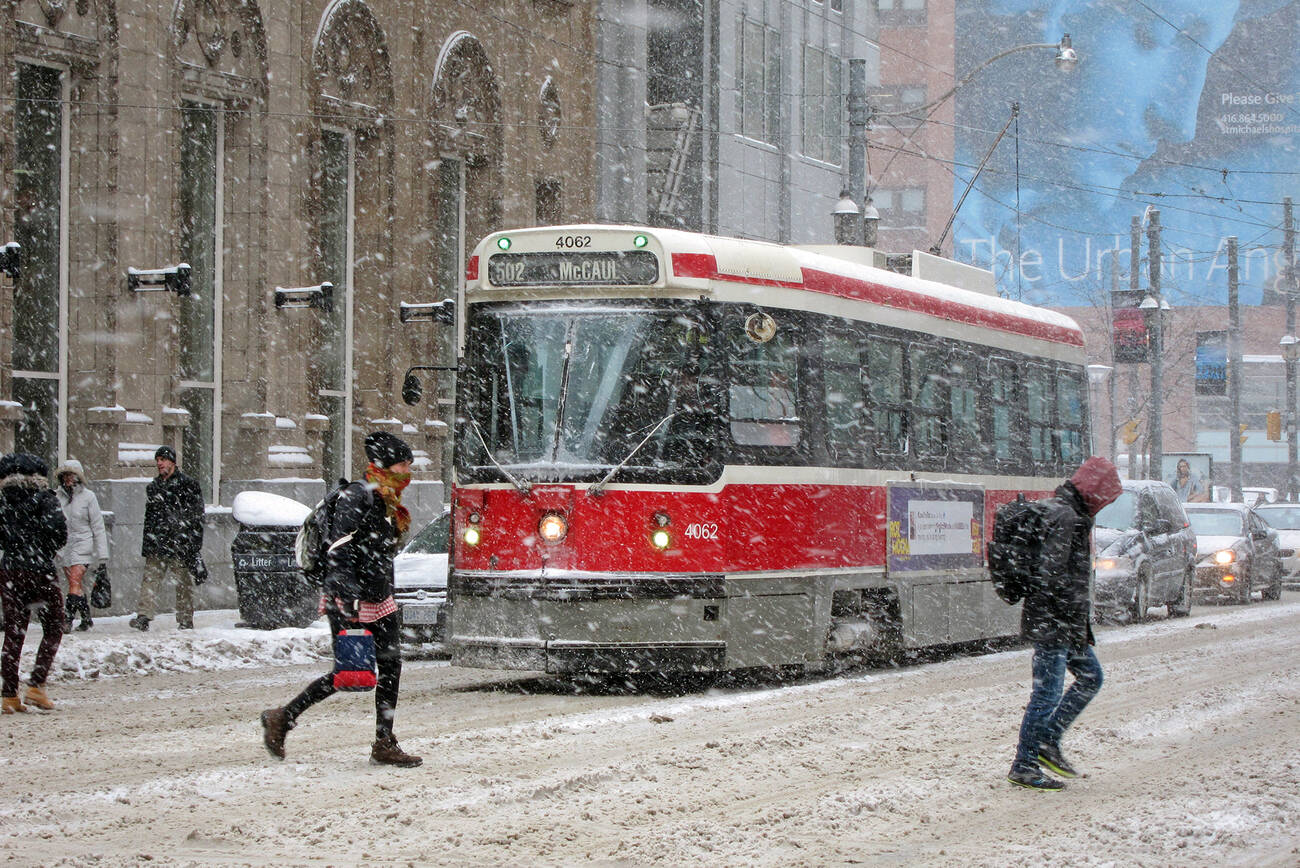 Welcome back to winter, Toronto. After a balmy weekend, the news this morning on the weather front is that the city and surrounding areas are in for what could be a major snow event today.

Snowfall accumulations are being estimated between 5-10 centimetres for the GTA, though the city itself should fare on the lighter end of this spectrum. The stretch between St. Catharines and Hamilton might see totals as high as 15 centimetres.

Snow to impact commutes across parts of southern Ontario with up to 10-15 cm. An update from the Forecast Centre. #ONstorm
Follow the updates: https://t.co/bolMqhplV5 pic.twitter.com/b4zG3gRHrh

A special weather statement from Environment Canada warns that "motorists and commuters should plan for accumulating snow for the Monday evening commute."

The snow is expected to start in the afternoon, just in time for the trek home. It'll taper off around midnight, which should allow crews to clean up the roads for Tuesday morning.

If that wasn't enough, a return of frigid temperatures is also forecast this week. With the exception of Wednesday, overnight lows will hover between -11C and -14C.

The wintermission might be over, but at least our toboggan runs will be good to go again.

by Staff via blogTO
Posted by Arun Augustin at 5:45 AM