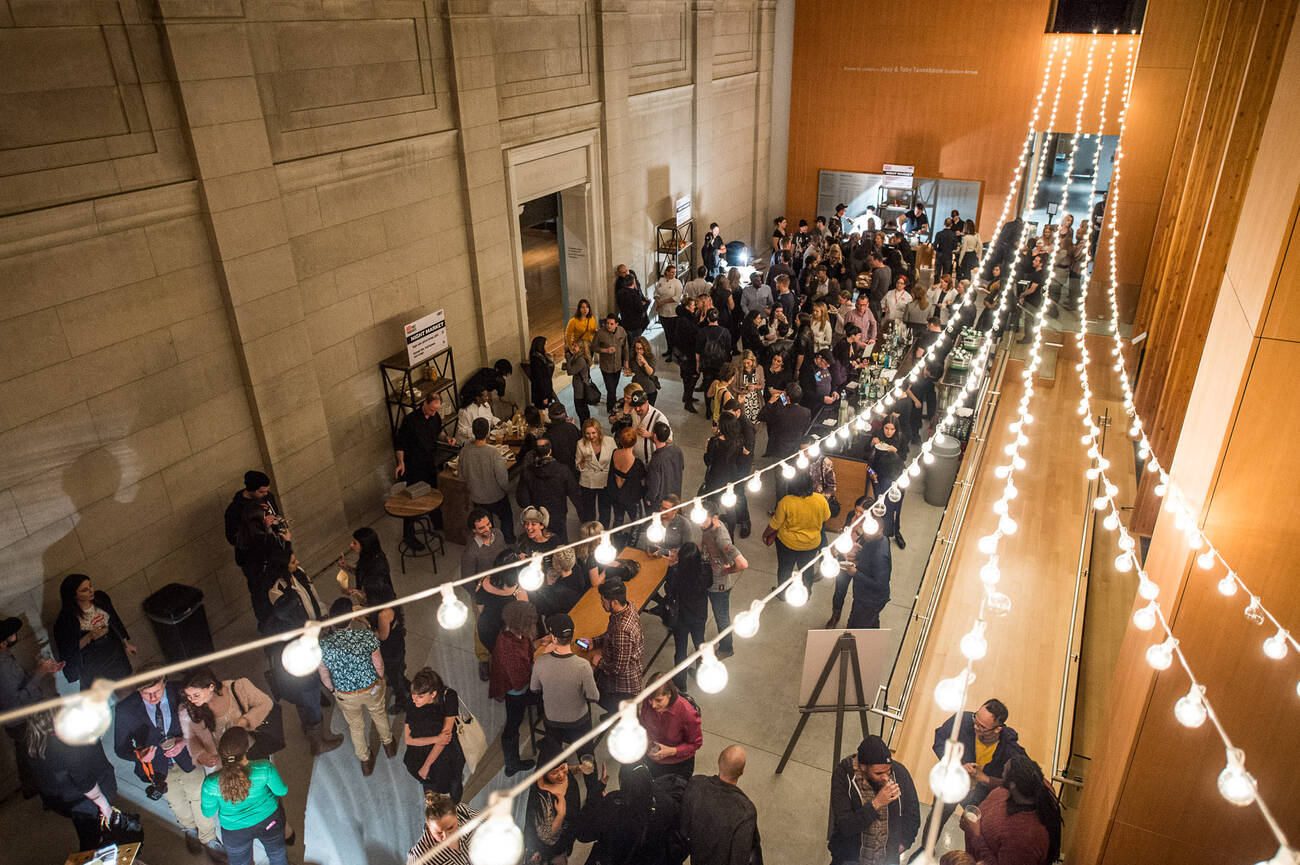 Events in Toronto this week will give you reason to brave the winter weather with the return of the AGO's First Thursday party, the city's best cocktail competition, a retro film fest, and the soul-warming Tea Festival.Â

Made With Love (January 29 @ Miss Thing's)
Toronto's best cocktail makers compete in the qualifiers for a national competition searching to find Canada's greatest bartenders. The general public is invited to come party and meet the competitors.
Wafia (January 30 @ The Drake Hotel)
Australian singer-songwriter Wafia makes her way over from across the world to play you a show at The Drake. Pittsburgh's Jaira Burns kicks off the night with a set of her own.
Depression, Sports, and Me (January 31 @ Hot Docs Ted Rogers Cinema)
Celebrated athletes, including Olympian Clara Hughes and World Series winner Darryl Strawberry open up about their personal battles with depression in this special Bell Let's Talk screening.
Winter Indie (January 31 @ Rivoli)
The Rivoli hosts a night of indie music, featuring Liteyears, Of Gentleman & Cowards, Starstruck Avenue, and the Royal North. It's $10 in advance or $15 at door to discover the latest in indie.
Latte Royale (January 31 @ Propeller Coffee)
32 baristas compete in a single elimination style tournament that brings the local coffee community together for a fun, inclusive night in support of Food 4 Farmers.
AGO First Thursday (February 1 @ AGO)
The AGO's monthly art party goes down this week with a theme that focuses on tradition from a contemporary view, celebrating history, body, identity, and of course dance.
Postmodern Jukebox (February 1 @ Massey Hall & Roy Thomson Hall)
Scott Bradlee's wildly popular YouTube passion project, Postmodern Jukebox, jumps out of your screen and lands in the real world. These old timey covers of contemporary top 40 are always stunning.
Flashback Film Fest (February 2 @ Cineplex Cinemas Yonge-Dundas and VIP)
Canada's only coast to coast film festival brings classic favourites in action, sci-fi, and comedy back to the big screen from February 2-8. Expect gems like Back to the Future and The Big Lebowski.
Kimbra (February 2 @ Mod Club Theatre)
Kimbra's forthcoming album may have been delayed a few months, but her visit to the Mod Club is right on schedule. If you're lucky, the Cameo Lover may debut some of those new songs live.
Soca on Ice (February 3 @ Harbourfront Centre)
The Harbourfront Centre is calling all lovers of soca and Caribbean music to attend this special edition of DJ Skate Nights. Dr. Jay de Soca Prince's beats will make this the hottest winter party on ice.
Rock The Dragon (February 3 @ Raiders Esports Centre)
Anime fans are coming out of the woodwork to party hard with Pink City's 19+ Dragon Ball Z party. There's tons of buzz around this one, almost as much as last year's Sailor Moon Celebration.
Feast In The East (February 3 @ Matt Durant Studio)
The bi-monthly east end music, food, and installation series returns. In addition to a free dinner by Chef Trs Bohme, expect to hear hypnotic electronic music live from a handful of talented artists.
QS World MBA Tour (February 3 @ Toronto Marriott Downtown Eaton Centre)
Have all of your MBA (masters of business administration) questions answered while meeting and hearing from admissions directors from top schools like Schulich, McMaster, McGill and more.
Coldest Day of the Year Ride (February 3 @ Danforth Ave and Logan Ave)
For those who missed the Polar Bear Dip but want to embrace the freeze, head out for Cycle Toronto's Coldest Day of the Year Ride, which departs from Alexander the Great Parkette at 11:30 a.m. The ride is 7km. Bundle up!
Toronto Tea Festival (February 3-4 @ Toronto Reference Library)
Sample hundreds of the world's finest teas courtesy of over 40 exhibitors stationed at this two day love letter to tea. Last year's over 3000 people attended, so expect to connect with fellow tea lovers.

by Corey Van Den Hoogenband via blogTO
Posted by Arun Augustin at 7:25 AM