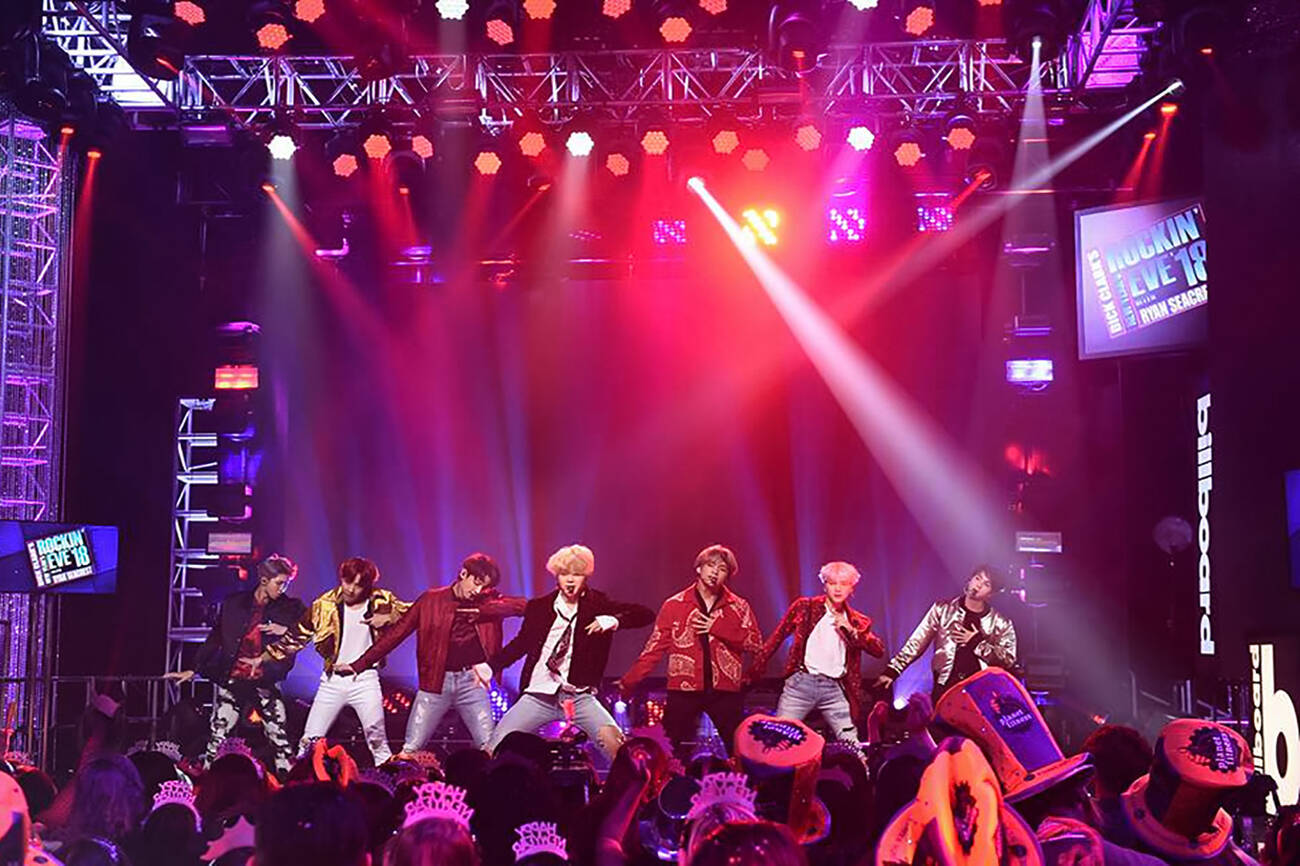 What started as an innocent tweet from an independent Toronto radio station turned into a full-blown war in the K-pop Twittersphere this weekend.

The initial tweet from Toronto Hits 93 has since been deleted, but asked listeners Sunday, "What would ya'll think of us dedicating one hour each day to K-POP tracks?"

The question brought fans of two opposing boy bands, EXO and BTS (the group that had Western viewers baffled at last year's Billboard music awards) into the fold in an eruption of tweets that had users turning on each other quickly.

Please don’t brush off an entire genre and act like BTS is the only Kpop group that exists. There are many other talented groups as well.

In an industry like K-pop, it's important for fans to remind others where their loyalties lie.

BTS fans – who dub themselves the Army – were at the forefront of the conversation with claims that other boy bands were undeserving of Canadian radio play.

Some demanded that the proposed radio program play BTS hits only, because all your other favs could never.

Vote no, ask for one hour of BTS. Sorry if this is rude, but we didn't work this hard to give the entire industry a free ride. https://t.co/eqOWv1iVJG

For those unfamiliar with the politics of K-pop, the whole affair seems a bit ludicrous. But the historic rivalry of these fandoms is complicated and clearly everyone is a little sensitive about the issue.

The Canadian BTS fan Twitter account even officially addressed the fan war by turning on the radio station itself.

Regarding that Toronto online radio station:

So far here’s what we know:
1. Online radios RARELY count towards charts or radio spins.
2. This radio station is not popular or even known in Toronto, at all.

3. They have used BTS’ name to gain attention but never played their music in the past.
4. They HAVE however played another group’s music multiple times.

Conclusion: this is their way of stirring up fanwars and getting attention and clicks to their website and social media. This has given them tons of new interactionsc and the numbers are all they’re after, even if it’s negative.

Hits 93 responded to the backlash yesterday evening with an apologetic Twitter thread from its founder Viktor, who said the station was no longer considering the hour-long K-pop program for its airwaves.

When I posted the Tweet, I did not intend to offend. In fact, I intended to help promote bigger acts and smaller acts from Korea and beyond, during that K-POP hour.

However, after careful consideration, I have come to the conclusion that it wouldn't be wise to continue plans for a K-POP hour considering the outpouring of opinions on this matter.

I and the team at Hits 93 Toronto, understand (and appreciate), the comments sent to us. As such, we have decided to yield your warnings, and pull the plug on this week's 'Where Did It Chart' and the K-POP hour.

I did not mean to offend nor attack any opinions on this and have since removed this week's 'Where Did It Chart' from our site and have opted to remove any K-POP songs from the playlist — as per your suggestions.

I sincerely apologize for the turmoil my Tweet caused!

- Viktor and the team at Hits 93 Toronto

The fact that this could have been Toronto's very first radio program dedicated to K-pop didn't seem to deter some fans (to the dismay of others) from celebrating their 'victory'.

...why is our fandom like this? can't we care about k-pop as a whole? we should be making it easier to get south korean artists some exposure, not make it harder just because we don't want them to "take our western validation" or whatever smh