The TTC was total chaos during this morning's commute 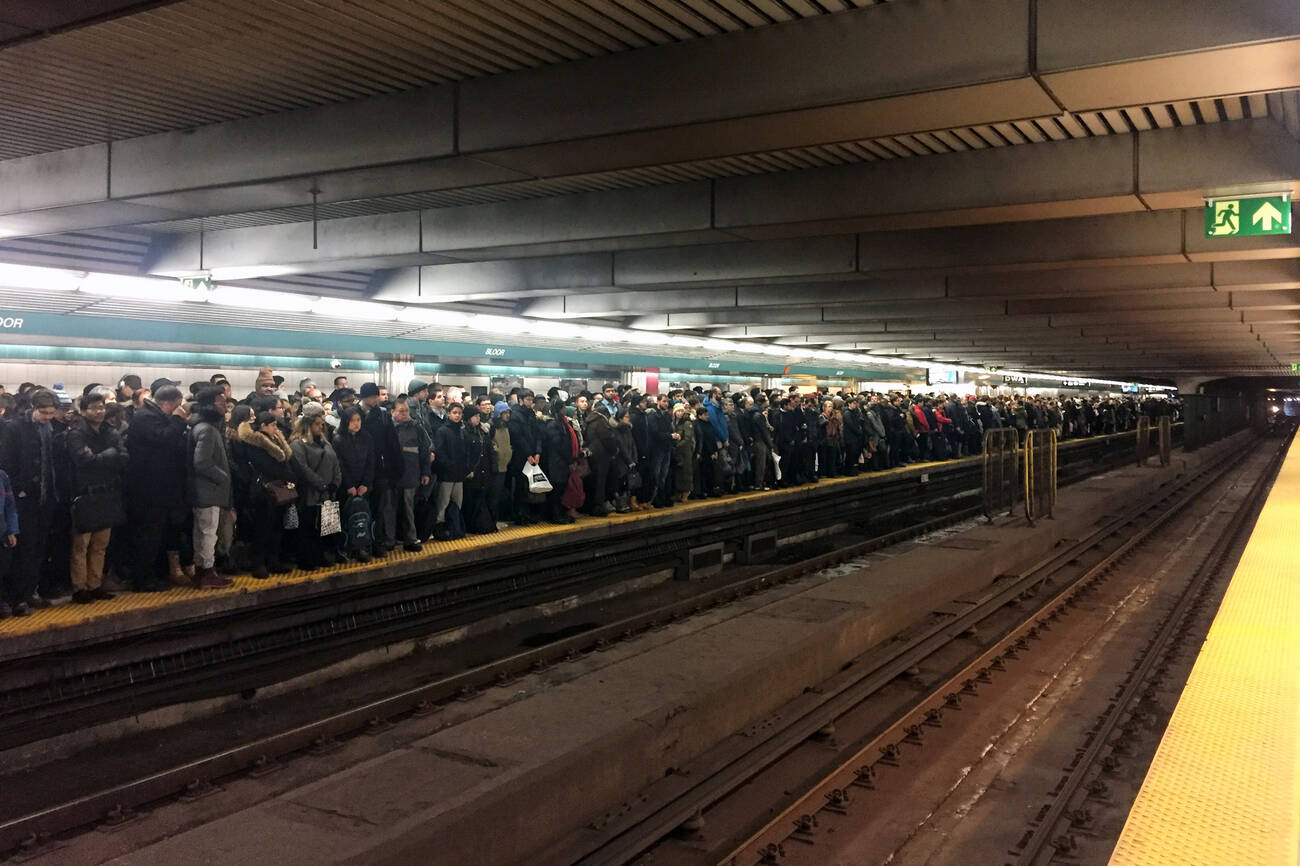 It was a painful start to the day for tens of thousands of commuters in Toronto after TTC service went straight up wackadoodle all over the place.

I'm talking hours worth of people stranded together on subway platforms, in station stairwells, and on public transit vehicles, mushed together and seething, tweeting about how angry they are that this keeps on happening.

Hi @JohnTory - this is what happens when anything goes wrong with Line 1 on the #TTC. Isn’t it time Toronto had another way to get downtown, and build the #ReliefLine? pic.twitter.com/zXWQyNWovs

TTC Officials announced around 8:30 a.m. that trains were holding southbound on Line 1, at Museum Station, "due to a medical and a Toronto Police investigation on board a train."

The ultra-busy Bloor-Yonge Station was a total clusterfrick.

This is bananas. Bloor Street Subway. Time for that relief line #ttc. pic.twitter.com/EH1ANOHiWc

As was St. Clair West Station.

#TTC in a very bad way this morning. At 8:40 at St Clair West a packed train arrives to packed platform, then after 10 minutes asks full train to disembark onto the already packed platform. pic.twitter.com/6ZO8gvXtvf

Customers at multiple stations on Line 1 reported that jam-packed trains were bypassing them en masse. The reason stated by transit control on the overhead PA? "Severe overcrowding."

So the Bloor line has been simply bypassing St. George and Yonge because of overcrowding this morning.

For anybody who doesn’t understand the desperate need for a #TTC relief line ASAP, this is all the proof you need. #TOpoli

Trains were also holding both ways at Warden Station this morning for a fire investigation, according to the TTC, and a stalled streetcar at Queen and Carroll saw the 501 Queen and 504 King streetcars diverting westbound around 9:30 a.m.

And that was just the tip of the iceberg.

Toronto is scary today folks, the TTC is The Hunger Games pic.twitter.com/yC3jjJld73

"Unfortunately there were some signal issues on Line 1," the transit agency's official Twitter account replied, "as well as an earlier fire investigation at Eglinton, mech issue at St. Andrew & emerg alarm at Davisville & Museum causing delays to service."

Announcement came over the PA saying everyone should feel safe on the TTC. The crowd burst out laughing. pic.twitter.com/2y2xRXkode

Commuters were no doubt displeased with the situation – and things got even worse when TTC officials used the PA system to (as some on Twitter put it) "blame city hall" for the delays.

Hey @ttchelps, please tell the drivers of the subway (with cars 5482/5483 - just leaving Eglinton stn at 8:05) that announcements over the speakers blaming city hall for delays and packed buses is not the solution either. So unnecessary and unhelpful. #TTC #ttcdelays

"Blame politicians because the TTC isn't insufficiently funded by all tiers of Government?" she continued. "Touchè, but today is not the day."

by Lauren O'Neil via blogTO
Posted by Arun Augustin at 7:36 AM