Where to watch the super blue blood moon in Toronto 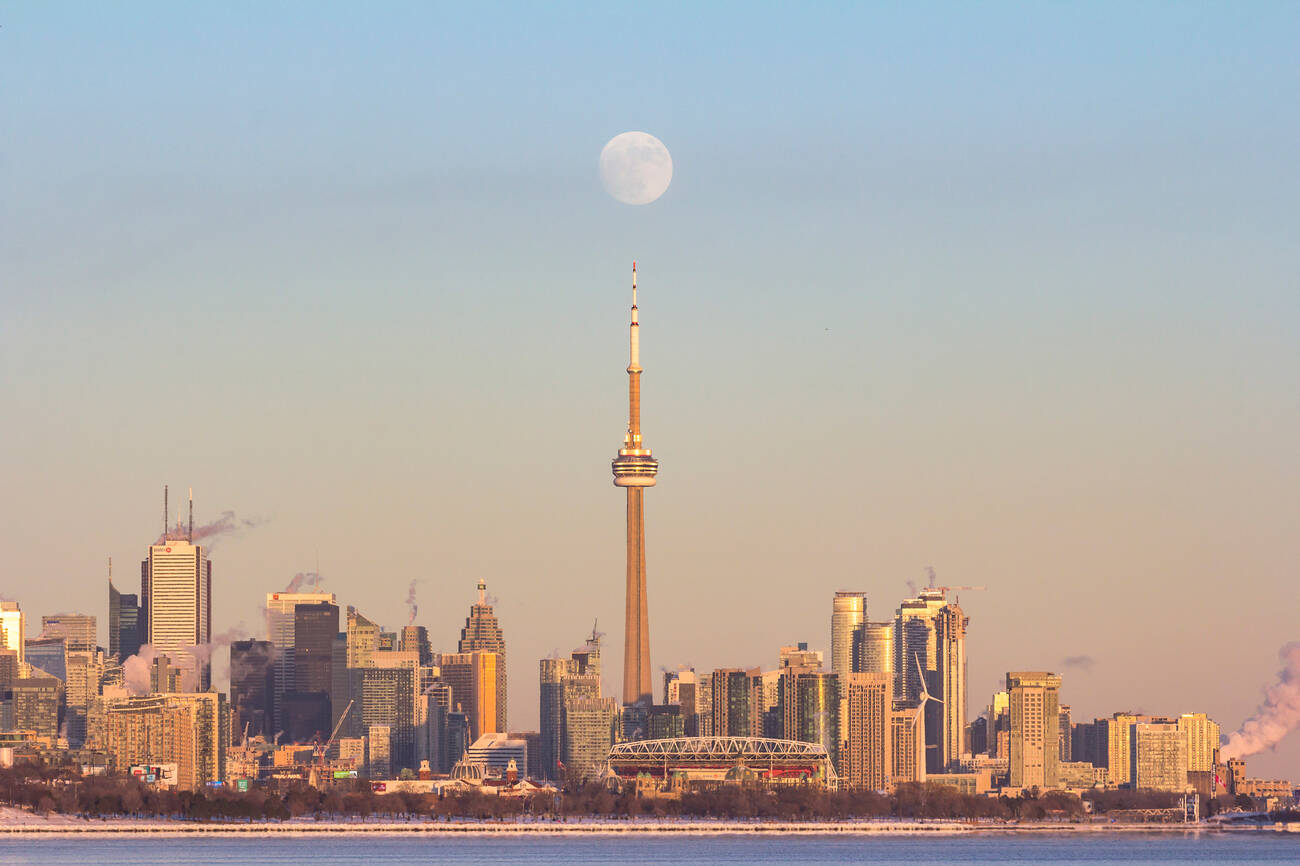 The super blue blood moon will grace Toronto skies in less than a week on January 31. As one of the most exciting celestial happenings of the year, now's high time to start planning where you're going to watch an event that hasn't happened since 1866.

There are a few crucial bits of information to bear in mind when viewing this supermoon-eclipse combo. Most importantly, it takes place in the morning as the moon is setting. The partial eclipse begins at 6:48 a.m., so you'll want to head out early if you want to catch a glimpse.

Alas, the moon will actually set before the eclipse is full in Toronto, but it'll get progressively more red until it dips below the horizon at 7:34 a.m. Assuming the weather cooperates, the most interesting photos ops will likely come between 7:15 a.m. and moonset.

Given that the moon will be low on the horizon during this prime period, it'll be key to select a viewing spot that offers an unobstructed view to the west-northwest. Ideally you'd also watch from an elevated position, but that might not be possible for everybody.

Get ready for a lunar trifecta on Jan. 31

1⃣ The Moon will be full, near its closest point to Earth
2⃣ A lunar eclipse will be visible in parts of North America, Asia, & Oceania
3⃣ It will be the 2nd full Moon this month

As far as actual locations go, the view from Broadview across Riverdale Park might be a good bet, though the towers of St. James Town could get in the way as the moon gets lower and lower in the sky.

Hanlan's Point would also be a good perch from which to view the eclipse, but it's obviously tricky to get there so early in the morning (the first ferry departs for Ward's Island at 6:35 a.m. at this time of the year).

To scout locations, you can use this Google maps compass plug-in to get a sense of where the moon will be in relation to viewing spots. When the eclipse starts, the moon will be at 286 degrees. By the time it sets, its position will be 293 degrees.

For those who just want to take a peek as they head out to work, just remember to look to the west-northwest before sunrise, which takes place at 7:35 a.m.

by Derek Flack via blogTO
Posted by Arun Augustin at 11:42 AM