The TTC is getting a fancy new PA system 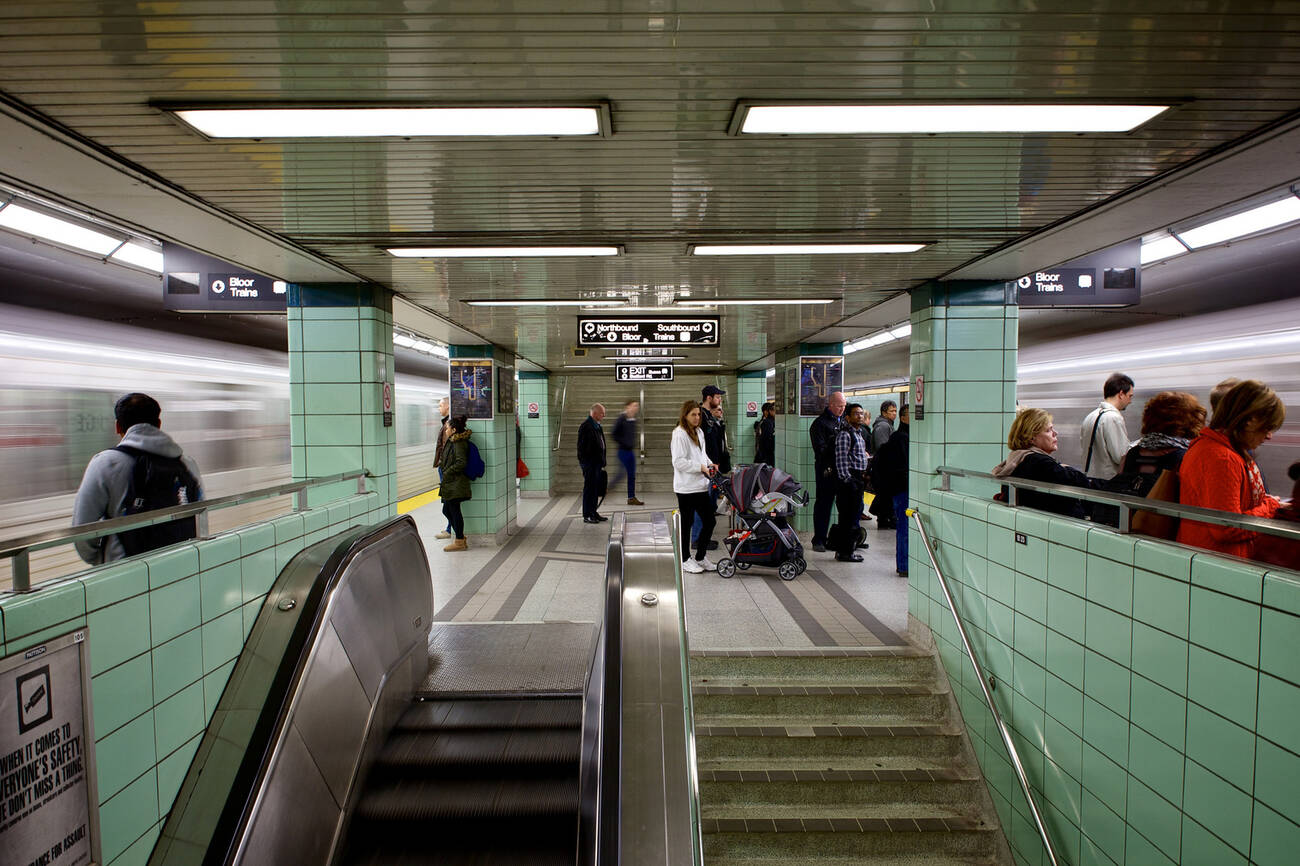 You know the ones; they start with "Attention, passengers: we are currently experiencing -" followed by some crackly static and a whole bunch of people around you going "What? What did they say? What? Did you hear that?"

It's one of the transit agency's most common customer service complaints, according to the TTC's newly-unveiled Corporate Plan for 2018-2022, and one that it hopes to fix in the coming months.

"Attention customers there is *inaudible static noise* delayed from *more static*, sorry!" -every TTC announcement ever.

The corporate plan, which was presented to the TTC board in a meeting today, identifies "subway radio and PA upgrades" as one of its priorities for 2018.

"We're undertaking a comprehensive upgrade of our subway communications infrastructure," it reads, "including digitizing the public address system in stations and rolling out new state-of-the-art radios for all station staff and operators."

"The result will be clearer, more audible announcements that are better targeted to our customers."

Replacing the 20-year-old analogue radio system with a new, state-of-the-art digital system will reportedly cost the TTC about $16.6 million.

When it's installed, though, TTC employees and crews will be able to communicate effectively, and clearly, with each other and customers, across multiple channels.

Only one announcer working from inside the agency's transit control centre can announce delays to passengers right now, and because there are only a few channels for the entire team to use, they must speak quickly.

One of these days, i'll understand what they say over the TTC intercom

The transit agency is also planning to test out "self-serve touchscreens" near station entrances, according to The Star. These screens will include community information and tools to help with TTC trip planning

Eventually, the TTC wants to deliver realtime information to customers via their smartphones. It will also launch an app called "One TTC" for workers and management to communicate internally, wherever they happen to be.

"When a bus doesn't arrive on schedule or a subway train comes to a halt between stations, communication can be the difference between a smooth trip and an anxious one," reads the 2018-2022 corporate plan.

"The coming years will see a leap forward in our ability to keep customers informed during their trip."

by Lauren O'Neil via blogTO
Posted by Arun Augustin at 12:37 PM