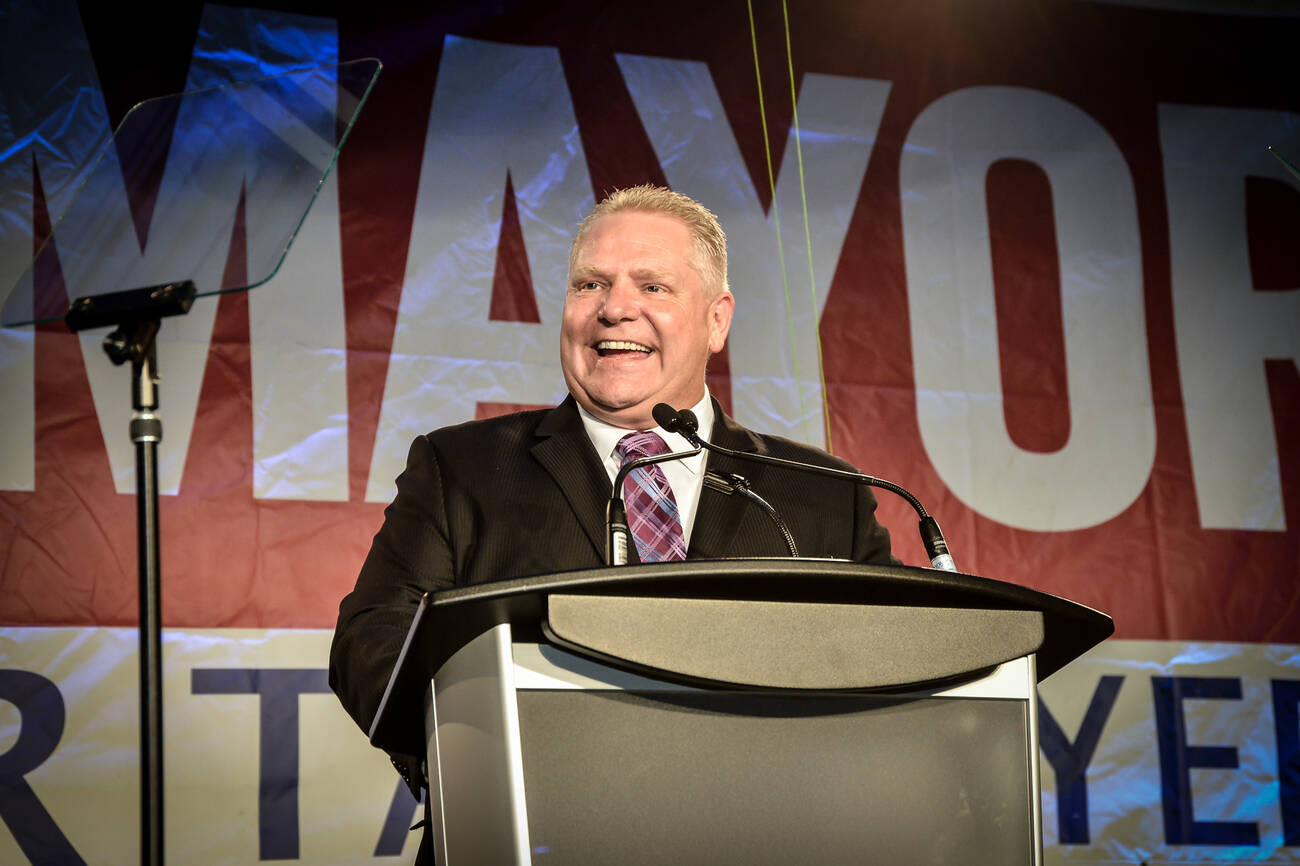 Could Doug Ford be the next Premier of Ontario?

Speculation is ramping up this week over who will take the helm of Ontario's Progressive Conservative Party now that Patrick Brown – who resigned on Thursday over allegations of sexual misconduct – is out.

Ford, the brother of late former Toronto Mayor Rob Ford, will be making a statement today just after 12 p.m.

It it widely suspected that he will be announcing his run for leadership of the Ontario PC Party, effectively taking him out of Toronto's October 2018 mayoral race.

The current mayoral candidate said he was considering the move just yesterday in an interview with CP24, marking the second time Ford has publicly considered running for the PC leadership and the first time he's done so heading into a provincial election.

Some had been speculating that Toronto Mayor John Tory might also run for leader of Ontario's PC Party, but Tory himself denied the rumours yesterday.

I like that John Tory was asked if he'll run for the Ontario PC leadership and he gave one of his typical 9-hour answers that basically said, "Good luck with all THAT" 😃

That doesn't mean things will be easy for Ford or any other candidate, however. Brown's abrupt vacancy of the position might almost make it harder to win for someone outside the party right now.

The PCs are still focused, first and foremost, on defeating the Ontario Liberal Party, and might not want to shake things up again so soon in terms of leadership.

Nipissing MPP and former North Bay mayor Vic Fedeli was elected interim leader of the party on Friday, and he hopes to hold it heading into June's election according to the Globe and Mail.

"We need to focus immediately on Kathleen Wynne and the Liberals. There's no time to waste," said Fedeli in a statement on Friday. "The days, weeks, and months ahead will not be easy. But, I’m confident that as a team we can, and will, bring the change Ontario needs."

Here's who else has been floated as a potential leader for the PC Party of Ontario heading into this summer's election: