14 must-see concerts in Toronto this March 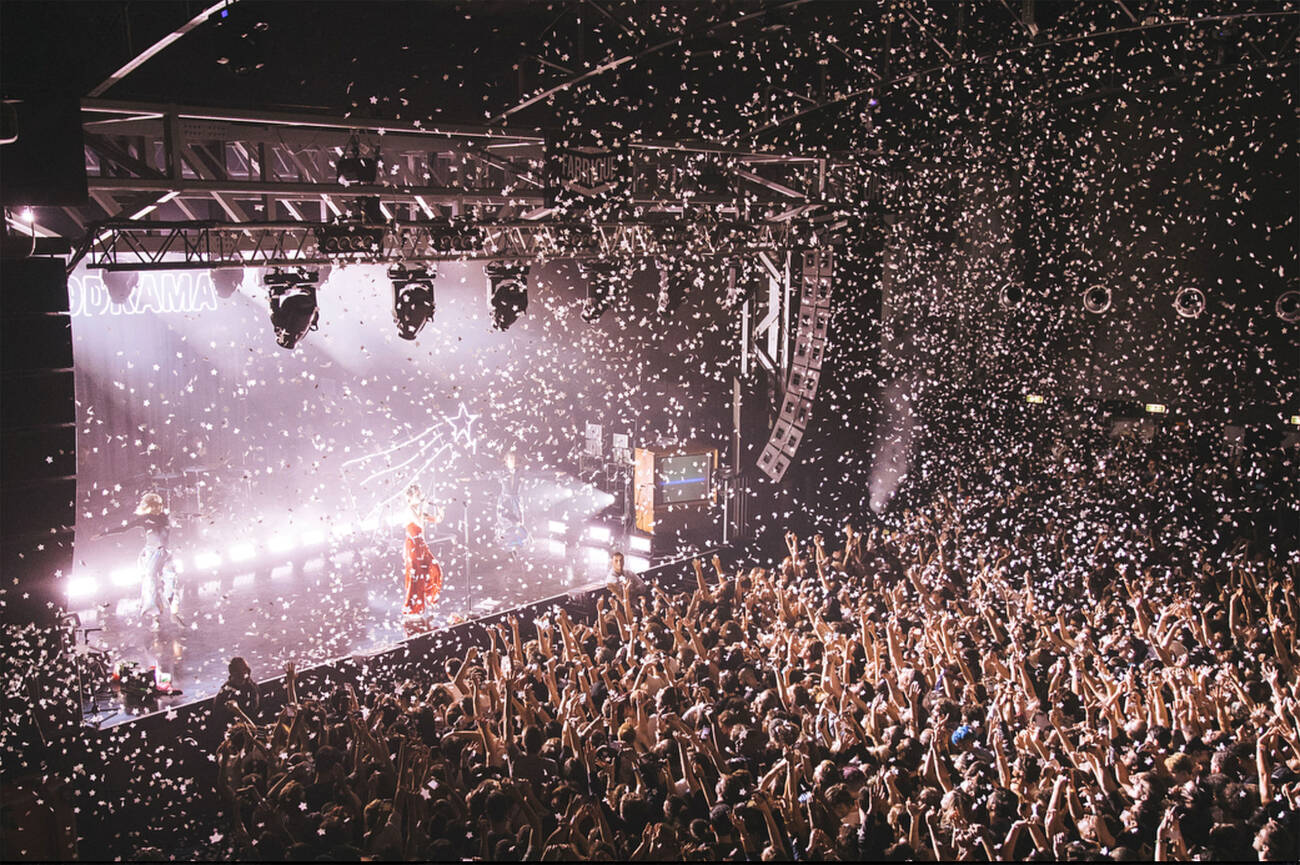 Must-see concerts in Toronto this March are especially dense with world-famous pop stars, but there are also a few indie titans we haven’t seen in a while, a pair of punk bands from New Jersey, and at least two former Polaris-Prize nominees. Here’s what’s on tap.

DVSN (March 1 @ REBEL)
The OVO-signees are globetrotting in honour of their sophomore effort Morning After, but will stop off here at home for two nights including the first of the month.
Lights (March 2 @ The Danforth Music Hall)
Our homegrown electropopster embraced her nerdier side last year with Skin & Earth, an album that doubled as a comic book series about a post-apocalyptic universe. With the final issue now in the can, she’s set out on a North American tour.
Häxan (March 3 @ Coalition)
For your friendly neighbourhood underground metal fix, check out this bill featuring the proto-metal screams of young locals Häxan, Mercedes Lander (of Kittie)’s The White Swan, doomy Hamiltonians Astral Witch and T.O. sludgelords Hammerhands.
Tune-Yards (March 6 @ The Danforth Music Hall)
Eclectic and inventive as ever, Merrill Garbus officially made her indie-pop project a duo with longtime collaborator Nate Brenner, and they’ll bring their politically centred new tunes to the Danforth.
Plants and Animals (March 10 @ Horseshoe Tavern)
2008 was a scary time: stock markets crashed, Twilight was popular and cell phones had flip-out keyboards. But one of the bright spots was this Montreal band’s debut LP. They’ll celebrate Parc Avenue’s 10th birthday with a full performance.
Justin Timberlake (March 13 @ Air Canada Centre)
It’s cool that Mr. “Man of the Woods” (a.k.a “sometimes I wear more flannel now?!”) kicks off his world tour with us, but let’s hope he brings more than his Superbowl game to the ACC over two nights.
Titus Andronicus (March 13 @ The Great Hall Toronto)
Jersey’s normally “Dimed Out” punks decided to turn things down to brooding-ballad level with latest release A Productive Cough, and in that light are embarking on their first acoustic tour.
Screaming Females (March 14 @ Smiling Buddha)
Conversely, these other Jersey punks are about as loud as ever and extending the fury over their first double album.
Our Lady Peace and Matthew Good (March 16 @ REBEL)
To us late-90s kids who read Chart Attack in print, this is the mild Can-Con equivalent of Axl Rose and Slash finally making peace for a reunion. The pair of alt-rock vets apparently like each other now and are touring hand-in-hand across the country.
MGMT (March 19 @ Massey Hall & Roy Thomson Hall)
It’s been a quiet few years (and maybe a couple weird ones before that), but the duo is back to making their trademark psychedelic-pop earworms for the masses.
P!nk (March 20 @ Air Canada Centre)
MTV’s reigning Video Vanguard winner is coming to Canada on her Beautiful Trauma world tour, and you just KNOW girl is gonna work out some dope aerial choreography for it. Bonus: Jack Antonoff’s Bleachers will open the show.
Lorde (March 29 @ Air Canada Centre)
Not only was Melodrama one of the few mega-popstar albums of the past year that actually lived up to the hype, but Lorde has assembled a pretty amazing lineup for its massive tour: Run the Jewels and Mitski open the T.O. dates.
Yamantaka // Sonic Titan (March 29 @ The Baby G)
The “noh wave” collective’s new incarnation is at last ready for a full unveiling of new tunes, five years after the Polaris-nominated Uzu, and it sounds like they’re in their most progressive form yet.
Yo La Tengo (March 31 @ The Phoenix Concert Theatre)
The eternally beloved indie band is about to release their 15th studio LP and will bring their gentle jams to the Phoenix for one night only.

by Shazia Khan via blogTO
Posted by Arun Augustin at 7:11 AM