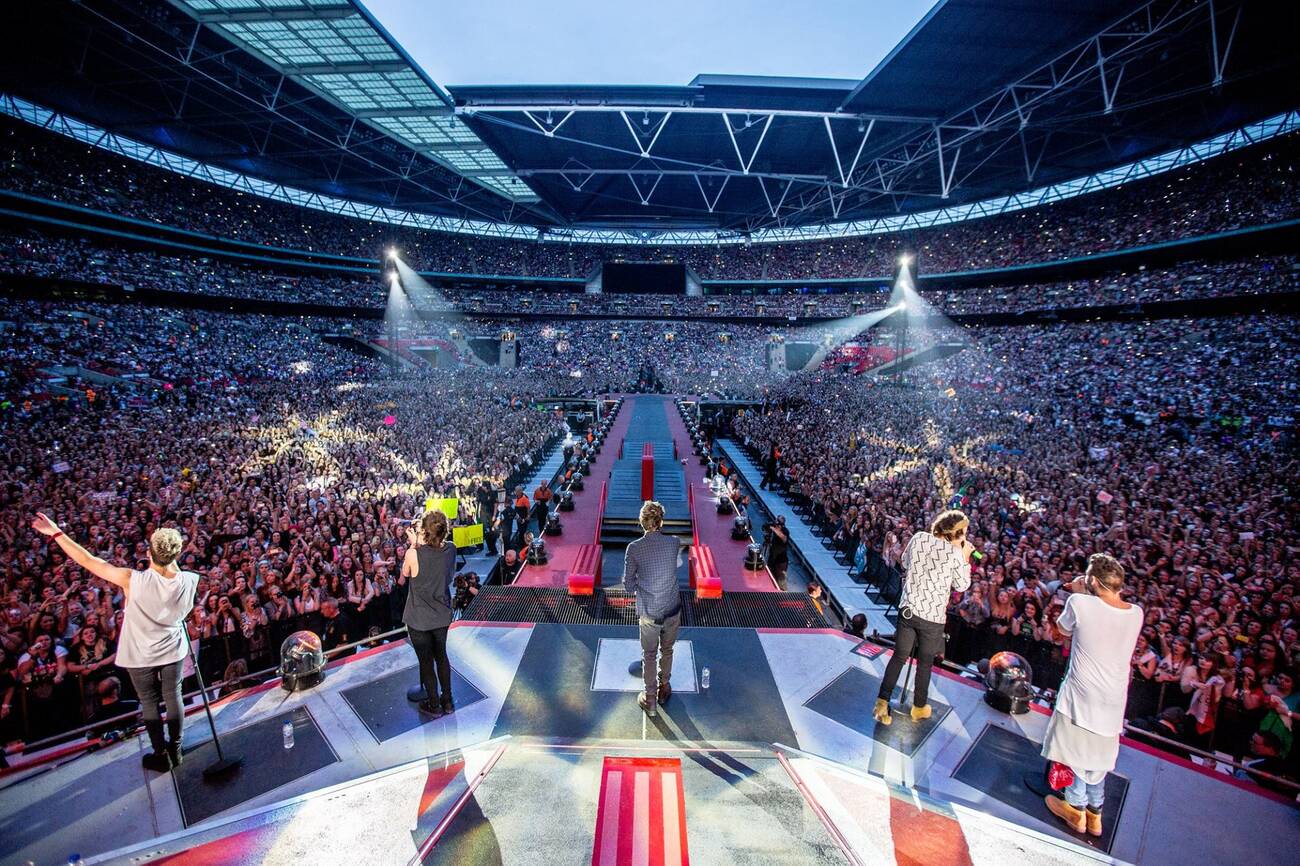 Attention all Directioners: a Toronto radio station is playing One Direction's entire discography tonight, so cancel all your plans and assemble your 1Dfamily, stat.

This Sunday February 25 at 5 p.m., local station Hits 93 will celebrate the now parted five member British-Irish boy band by playing all five of their albums back to back.

The station suggestively announced the good news on Twitter last night in response to a listener's request for "Four", the band's fourth studio album.

How does tomorrow sound?! We could play One Direction’s entire discography? X https://t.co/y7ITMS9qh4

Die-hard fans were quick to enthusiastically vote yes on this motion.

Directioners on the Twittersphere were beyond elated.

Are you guys serious??!!!! Have I died and gone to heaven?

Minutes later, the station officially confirmed the One Direction-dedicated show with a fan favourite photo of the band sitting hotly on a car.

Tomorrow, Hits 93 Toronto will play all of One Direction’s discography. Make sure to tune in at 5:00 p.m. ET pic.twitter.com/q1lR84qvvL

One Direction Fans subsequently went inZayn (if you don't get this you're not a real stan.)

While some flooded the station with song requests, others had better things to do, like set their phone alarm for 5 p.m.

One fan even took it upon themselves to extend an invite to 1D member Niall Horan to his own function.

The show will be played during Hit 93's commercial-free Sunday music program. Yes, that means hours of uninterrupted hits from "Midnight Memories".

While they haven't released any other essential details – like what order they'll be playing the music, very important – it looks like the station might have some tricks up its sleeve.

It’s top secret, but I can tell ya, it’s going to be incredible. Music brings us together ❤️ https://t.co/gaD13Ma7D2

Hits 93 is no stranger to playing One Direction. In fact, they're one of the few stations in Toronto to still play singles from the band since they parted ways while also showcasing the solo work of members like Louis and Harry Styles.

Needless to say, Hits 93 is the official station for Toronto's 1D stans.

YOU MAKE ME PROUD TO BE CANADIAN. YES.

by Tanya Mok via blogTO
Posted by Arun Augustin at 1:29 AM