One of Toronto's most iconic burger joints turns 50 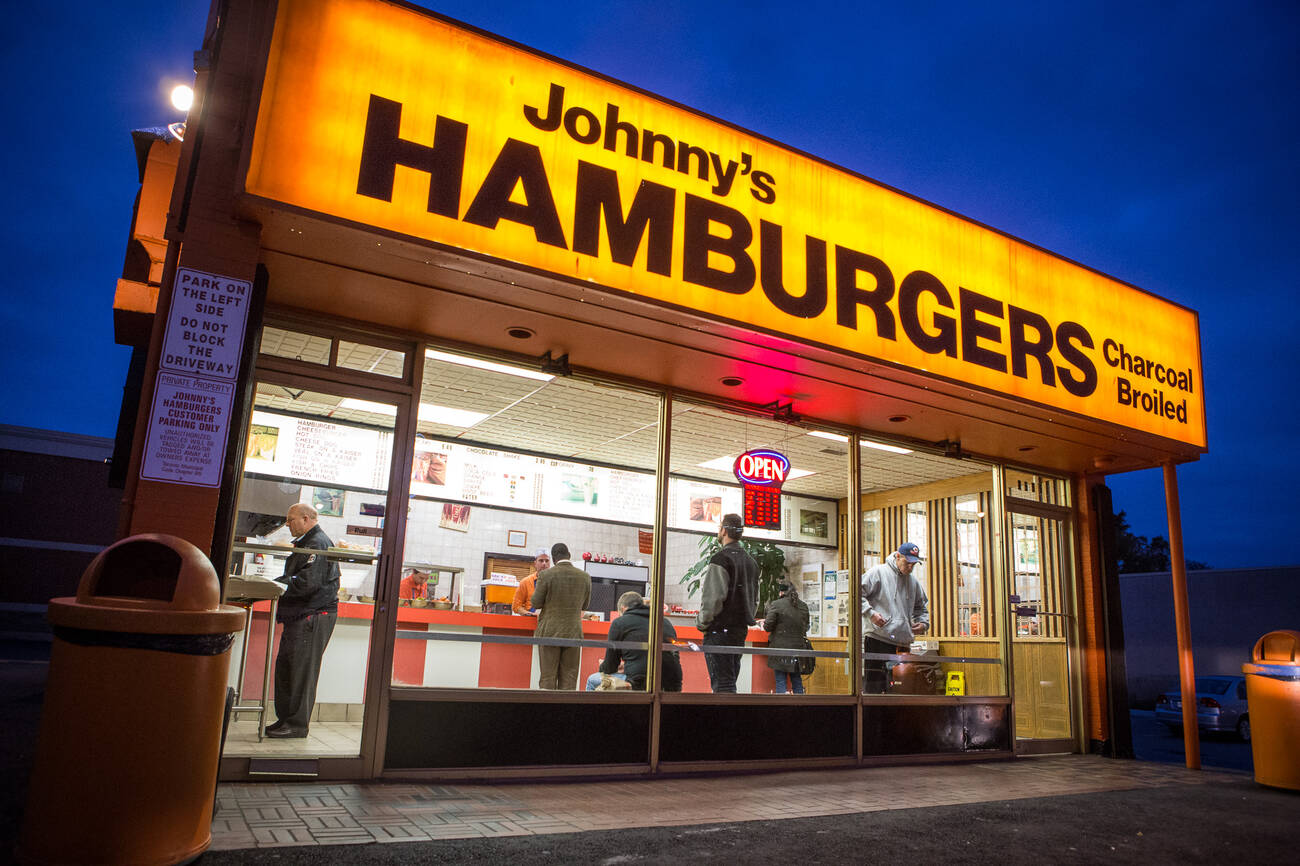 One of Toronto's most well-known burger joints is officially half a century old, and still going strong.

For 50 years, Johnny's glowing orange exterior has burned bright at the corner of Sheppard and Victoria Park, serving banquet burgers and steaks on kaisers to a steady stream of locals and tourists alike.

The squat little burger spot – easily confused with a full service repair shop at first glance – has long played an integral part in the fabric of northwest Scarborough.

Former Scarberian Mike Myers loved it so much he'd talk about it on live television, and even drew inspiration from Johnny's (and Tim Hortons) for his fictional burger joint Stan Mikita's in the Wayne's World movies.

Head here on a Saturday night and you'll still find staff dressed in their iconic orange polos, blue aprons and soda jerk hats, plus a lineup of the post-party crowd hankering for cheap patties and onion rings.

Though it's now dwarfed by a newer tw0-storeyed Shoppers Drug Mart next to it, the restaurant still manages to hold its own. Johnny's takeout only policy often sees  tiny parking lot transform into a makeshift dining area for drivers to eat in their cars.

As with any old establishment, there are claims that the burgers and fries are no longer as good as they used. To that it can be argued that perhaps you've just sobered up.

by Tanya Mok via blogTO
Posted by Arun Augustin at 7:04 AM