The top 15 squash courts and clubs in Toronto 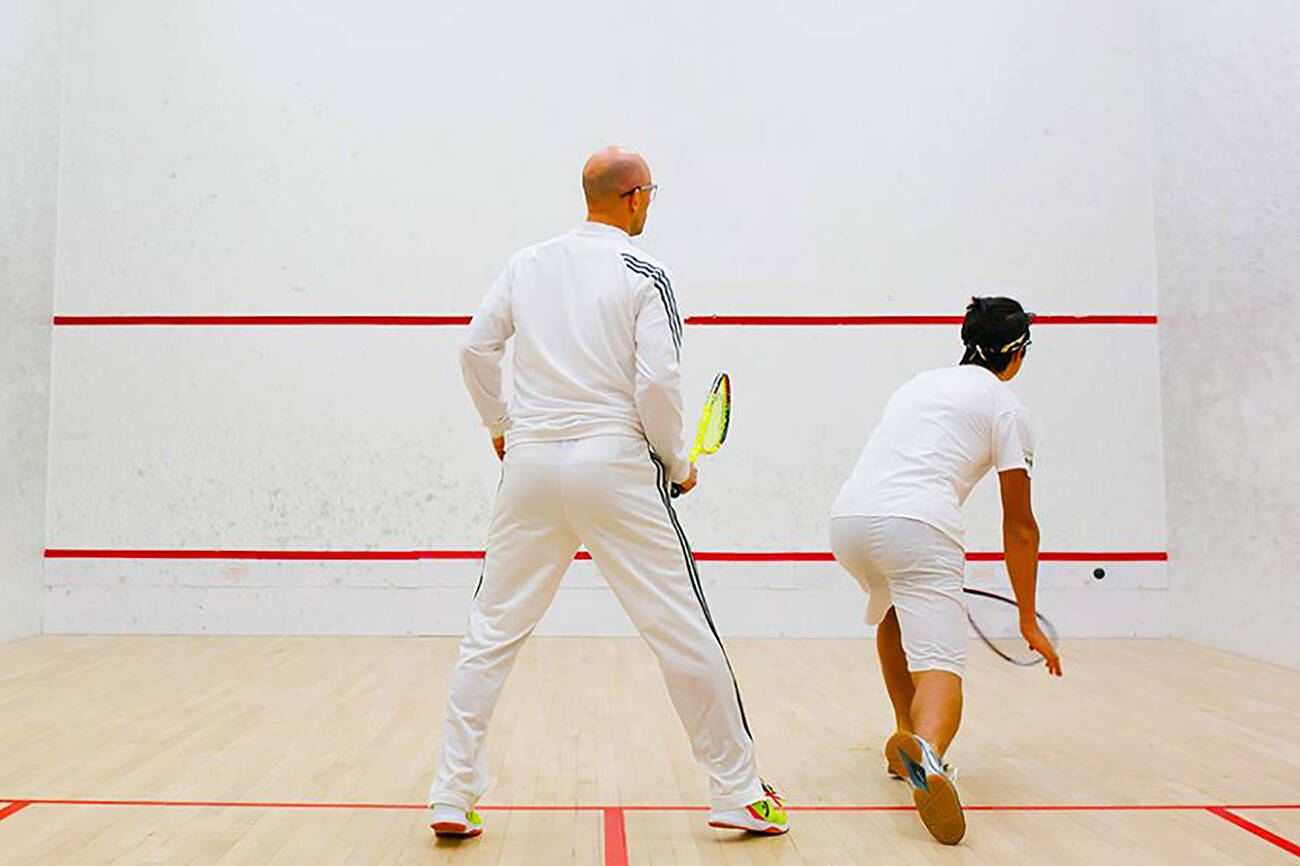 The top squash courts and clubs in Toronto are an indoor getaway for sporty people. It’s the perfect place for releasing some pent up frustration, or for getting dramatically competitive with your partner, like they do in the movies.

Here are my picks for the top squash courts and clubs in Toronto.

Two North American sized courts and no additioanal court fees make this club by Victoria Park station a great option. Dwellers of the Crescent Town condos have free access while non-residents pay $195 for an annual membership, or $25 for a single month.

Just steps away from St. Lawrence Market, this community centre on the Esplanade has two squash courts available at $8 per person for 40 minute sessions.

If you’re not a U of T student or alumnus, a membership here is pricey at $850 for an upfront one-year fee (there's also an option to join in four month blocks). It will, however, grant you access to four international courts and five American sized courts.

Sip some fine wine after a squash session at this fancy North York establishment. With two double courts and five singles, you can join this club for a yearly membership that will set you back at least three figures.

There are just a few YMCA locations that offer squash facilities: the North York YMCA at Sheppard and Bayview, the Central location near Wellesley station and the West End YMCA at College and Dovercourt. Try out their courts with a free two-week trial membership.

This spot is boys-only (yes, those still exist), so no girls allowed at this Cabbagetown club. Facilities include two international singles courts, one hardball court and one doubles court, with annual membership prices varying by age group.

The Badminton and Racquet Club of Toronto

After a dramatic fire in 2017 that set this Yonge and St. Clair club ablaze, the club is back in full effect. With four international squash courts and one doubles court, a yearly membership plus initiation fees will set you back four digits.

All Mayfair locations have squash courts but the club’s Lakeshore spot has the mother load, with 13 singles glass-backed courts, while their West location only has one. The cost of a monthly membership depends on your court feeds and package deals, but can range between $100 and $200

Located in the original gym at Ryerson, the RAC may not be as shiny as the newer Mattamy Athletic Centre but it does have four squash courts, three which have glass backs. If you’re not a student or graduate, it’s $54.15 a month, or $7.08 for a day pass with a member.

As their flagship location, LA’s gym in North York has four squash courts, which you can access for with a membership for $44.99 a month. Their Eglinton East location also has courts; memberships here are a little cheaper at $39.99 a month.

As one of the Cambridge Group of Clubs’ three brands, this co-ed spot in First Canadian Place has squash courts, though to use them you’ll have to pay a bit extra on top of the basic membership fee, which costs upwards of $80.

If you’re a male corporate exec looking to have a little one-two with an old pal, check out this old school club right by Nathan Phillips Square. Boasting the only doubles court downtown, they also have to single courts, for an undisclosed – obviously pricey – fee.

Tucked in the TD Centre, this club has four international singles courts and one doubles court is not cheap, with a registration fee that will set you back $1500 on top of monthly costs.

They go club by Wilson and Avenue is decked out with six singles courts and three doubles courts, with house leagues, camps, and lessons. If you don’t have a membership (which will cost you thousands a year) you can tag along with a friend who does for $10 an hour.

This giant workout brand has five club locations that offer squash. Its gyms at Square One Mall, Eglinton East, the DVP and Eglinton and Yonge and Finch are all equipped, with their only downtown location being on McCaul. Memberships vary but are comparatively affordable.

by Tanya Mok via blogTO
Posted by Arun Augustin at 7:14 AM