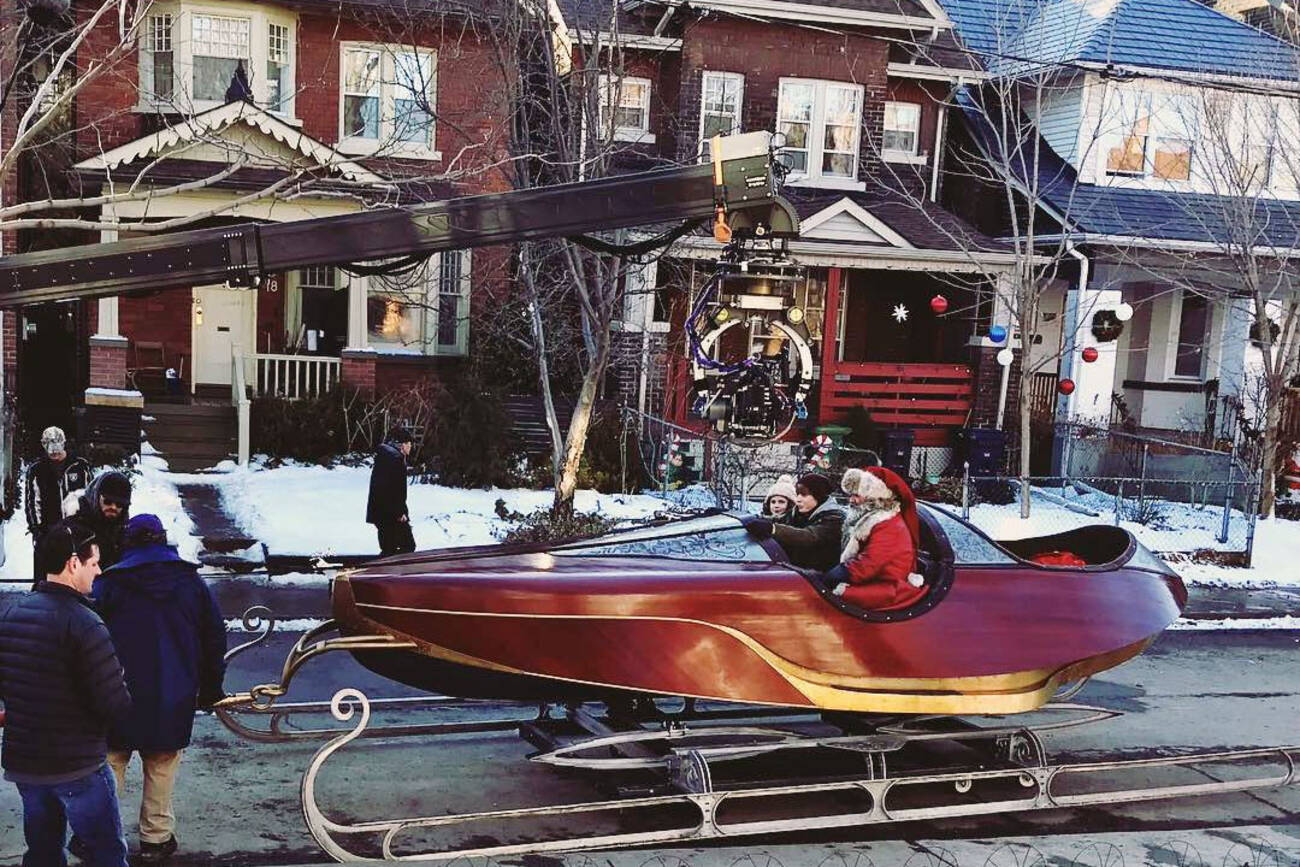 The Tombstone, Hateful Eight and Escape From New York star is reportedly in town to film a Netflix original Christmas movie produced by Chris Columbus – the guy behind Home Alone.

Russell plays Santa Claus, according to The Hollywood Reporter, and will be joined by two children (plus a bunch of live-action CGI stuff) as the movie's main character.

No official name has been released for the feature film yet, but we do know that it's set to hit Netflix around the 2018 holiday season. The project is tentatively titled "12/24" and started filming locally in mid January.

Shooting will wrap on March 23, according to The City of Toronto's "currently filming" database. Crews have been spotted around the Leslieville area and The Windsor Arms hotel, among other locales.

Kurt Russell is standing outside of my house btw

Russell is no stranger to the city. Being a very famous film actor, he's often around for TIFF, and he and his longtime love, actress Goldie Hawn, are also said to have a cottage in Muskoka.

Still, it's not every day that a Hollywood star pops up outside your house – and certainly not dressed like Santa Claus, two months after Christmas.

by Lauren O'Neil via blogTO
Posted by Arun Augustin at 11:51 AM