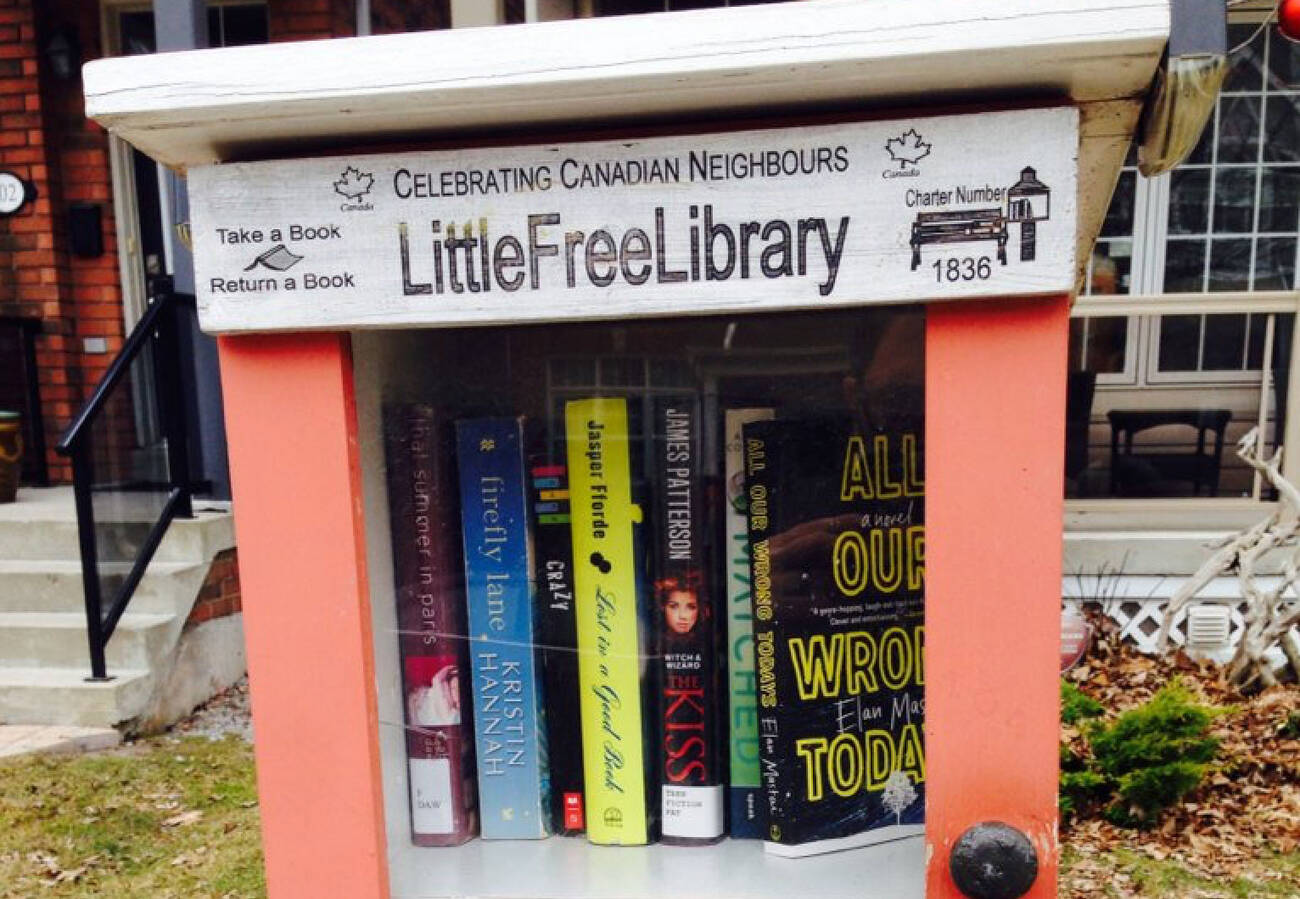 Some write for money, others write because they have a message to share with the world. One author is clearly of the latter, as he's chosen to leave copies of his new book in Little Free Libraries around the city.

Elan Mastai took to Twitter today to express his appreciation for the beloved miniature libraries peppered all over Toronto on the front lawn of homeowners.

I love Little Free Libraries, so I'm leaving copies of my novel in select ones around Toronto. pic.twitter.com/NWo05u8qvO

His newest novel, All Our Wrong Today's, was published earlier this month and tells the story of Tom, man from an idyllic version of 2016 who suddenly finds himself stuck in our crappy version of 2016 (aka the worst year ever) and must make sense of his new reality.

It was just recently that Little Free Libraries seemed to be under threat before Mayor John Tory had to step in and calm the near pandemonium the controversy had caused.

by Lisa Power via blogTO
Posted by Arun Augustin at 1:11 PM