Video shows guy joyriding on the back of a Toronto subway 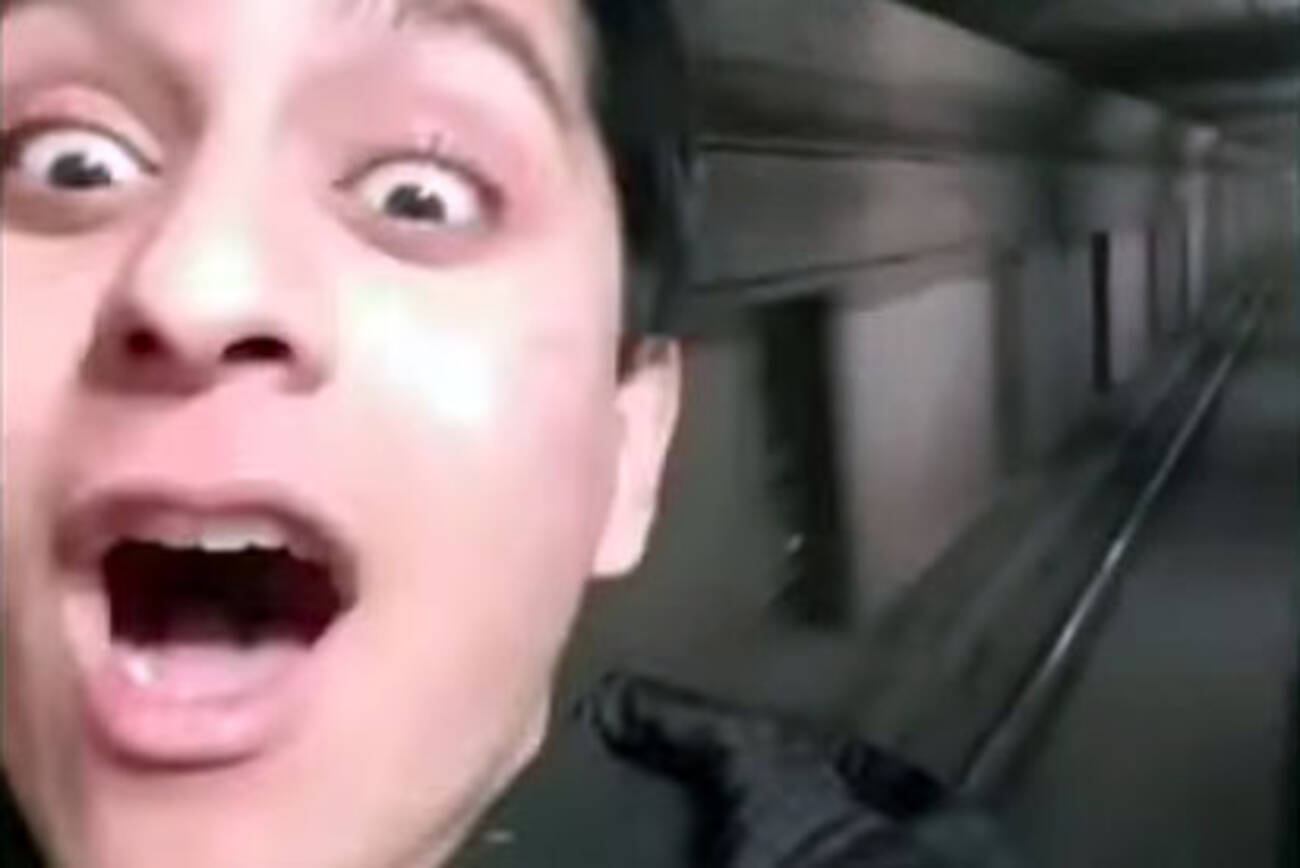 Today in people who forget that cops use the internet too, a young man is under investigation after publishing video footage of himself riding on what appears to be the back of a TTC subway train.

The video in question, reportedly shot about one year ago, was first uploaded to Instagram by Liam Haslett – a York University student, bartender, and "professional train rider," according to his bio.

In it, a man is seen filming himself while clinging to the back of a train moving at full speed through an underground tunnel system.

"I'm on the back of a train, wooooo!" he shouts before the video ends.

At one point, the rider turns his lens toward the train's rear window, showing viewers the inside of a TTC subway cab with its telltale red dividers and chairs.

"This is perhaps the most downright irresponsible and dangerous stunt we have seen on the TTC in quite some time," said TTC spokesperson Stuart Green of what can be seen in the video. "We cannot shake our heads at this enough."

"Not only was this person putting their own life at risk," he continued, "This could have resulted in a dangerous situation for other customers, our staff or worse - not to mention the possible impacts on service."

Green says that the TTC is investigating. If the individual responsible is identified, he could be charged under TTC bylaw #1 with fines ranging from $235 to $425, depending on the charge.

"It probably goes without saying that there’s just no excuse for this kind of behaviour," says Green."Ever."

by Lauren O'Neil via blogTO
Posted by Arun Augustin at 7:11 AM