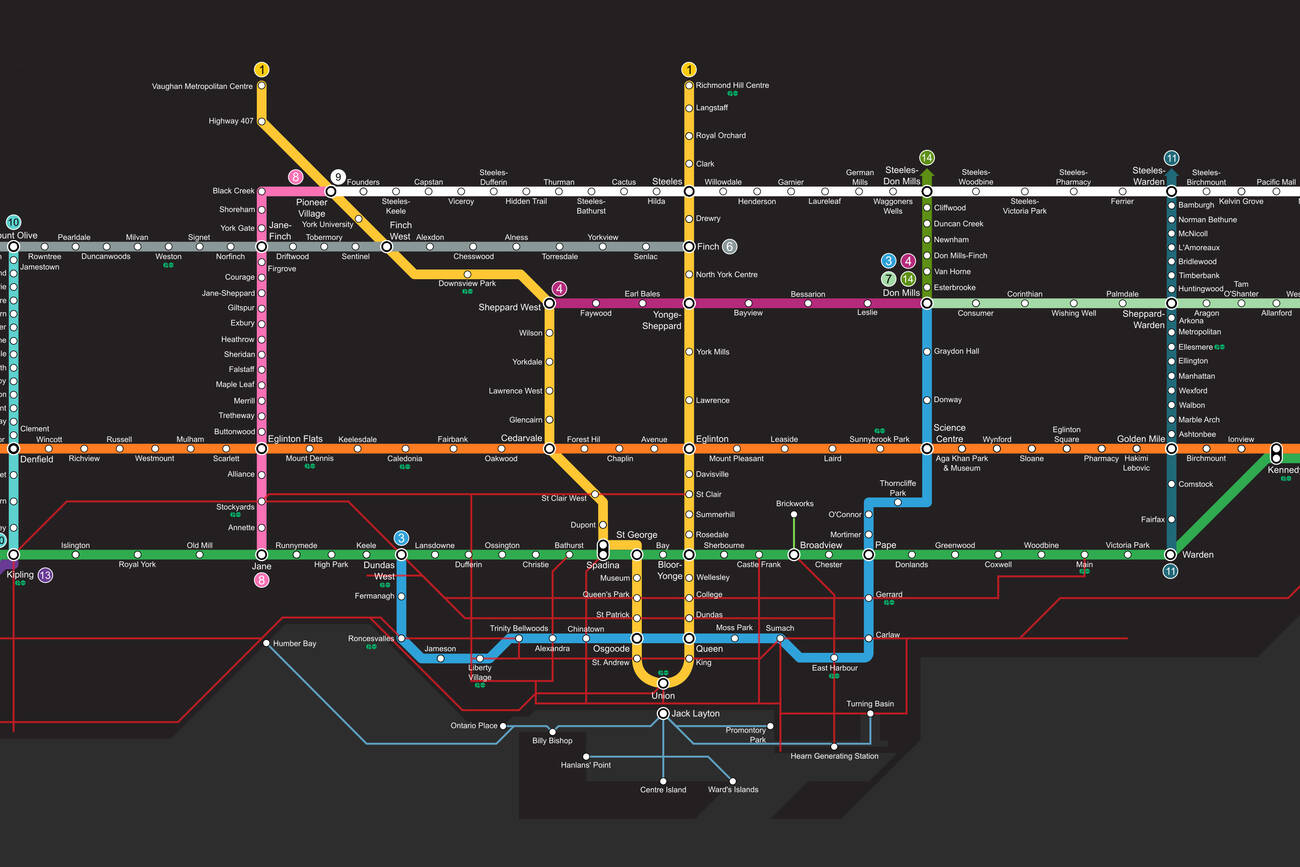 Toronto's online community has seen some excellent TTC fantasy maps in its day, almost all of them popularized via Reddit – where reimagining reality comes second only to making fun of it.

The latest transit map to join this crop is one of the most ambitious and beautiful (like, if you're into that stuff) yet.

It's the subway map Toronto deserves to have – though we probably never will. I mean, if a one stop subway extension costs $3.35 billion, this system would cost a few trilly to build, at least.

Either way, the people of r/toronto are calling this map, created by University of Toronto Architecture student Henry Lin,  the "best plan so far."

Lin posted this work of art to the r/Toronto subeddit on Tuesday night. It quickly rose to the top of the forum and remains there still.

Lin simply loves, and is very good at, designing transit maps – he's already tackled Montreal's Metro system, the Vancouver Skytrain network and Ottawa's O-Train, among others, if you're interested.

There's a lot going on within his most recent fantasy map of the TTC. Different people will find different parts of it exciting to think about.

Imagine taking the subway from Trinity Bellwoods Park to The Toronto Zoo, for instance – or from Pacific mall to Pearson Airport.

"If even half of that was real I would sell my car and ttc everywhere," said one Torontonian of the map on Reddit.

"This is beautiful," wrote someone else. "I think I am going to frame it."

Lin encouraged that commenter to do so. "Print as much as you want and post it anywhere you want, especially city hall," he joked.

Toronto might wait forever to see a transit plan like this materialize, but its nice to know that the next generation of decision makers count students like Lin among their ranks.

He's currently hoping to land an internship with the City of Toronto Planning & Development. Fingers crossed for him, and us, and the Queen-Pape subway line of dreams.

by Lauren O'Neil via blogTO
Posted by Arun Augustin at 8:15 AM