In good news for Toronto's downtown residents, two new projects would see city streets enlivened with cafes in what the city is calling parklet spaces.

Eariler today, a proposal to allow Boxcar Social and John & Sons Oyster House to set up small retail spaces on the street in front of their bricks and mortar locations on Temperance St. passed through community council.

If ultimately approved by city council, the low traffic section of Temperance between Sheppard and Bay would be turned into a shared street from at least April until November. 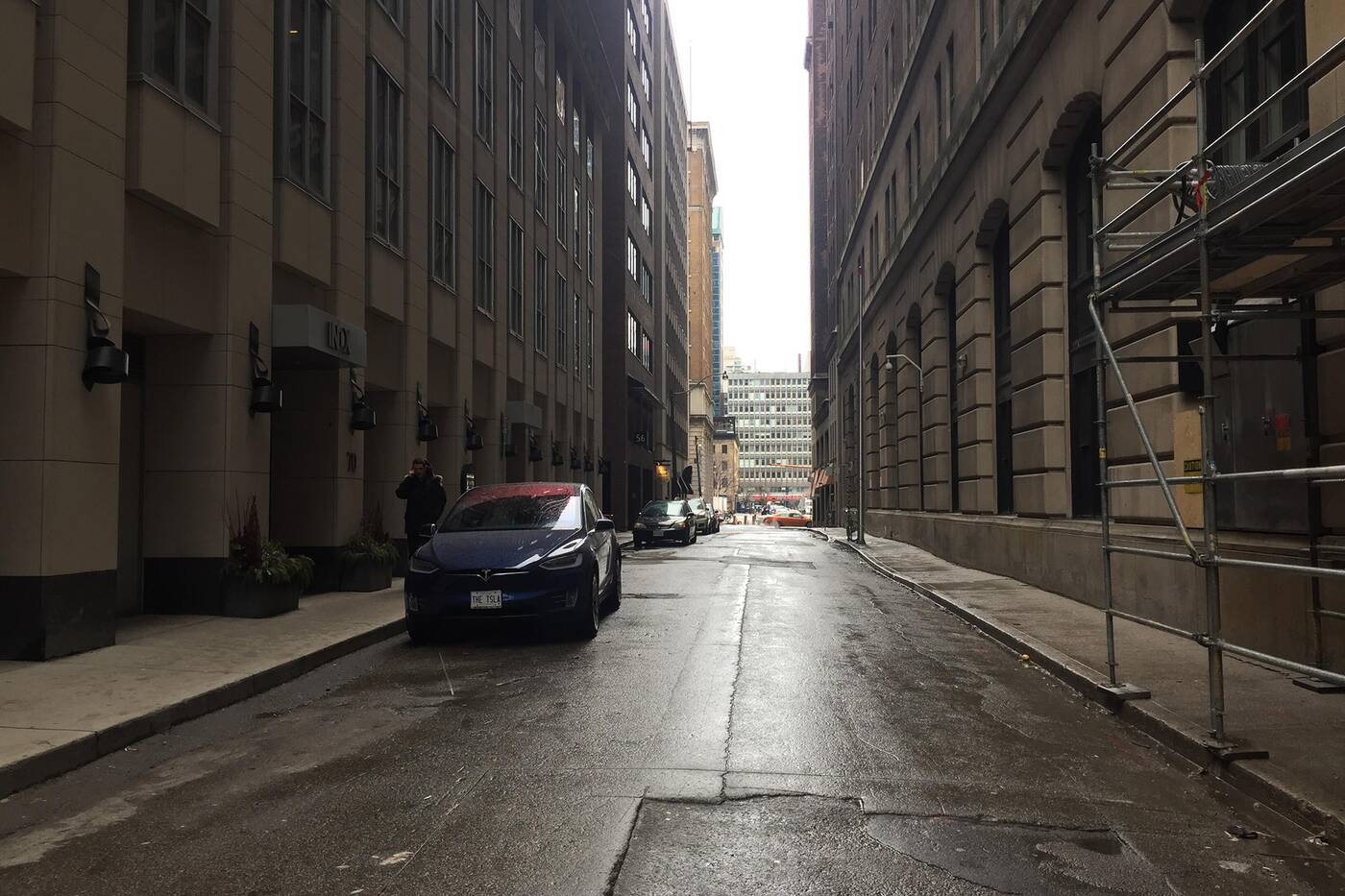 The section of Temperance Street slated for change. Photo courtesy of Lisa Power.

A second proposal aimed at building on the city's continued attempts to revamp the area inside the King Street Pilot was also approved. It too would witness cafes in parklet spaces, this time inside the curb lane space that has been opened up by the transit pilot.

A  variety of different vendors would be welcome to occupy the space beginning in March through to December with the ultimate goal of attracting more people to the area and creating an overall more animated urban space.

Toronto's attempts to transform pockets of the downtown core into little green spaces and, in the case of the two planned proposals, bring more European vibe, has bloomed in recent years.

The city hopes that by setting up cafes and public installations featuring street furniture, beautification like street art and planters, as well as other pedestrian amenities, more of the downtown core will foster a sense of community.

Look forward to grabbing some oysters and a cuppa on your lunch break this spring.

by Lisa Power via blogTO
Posted by Arun Augustin at 2:00 PM