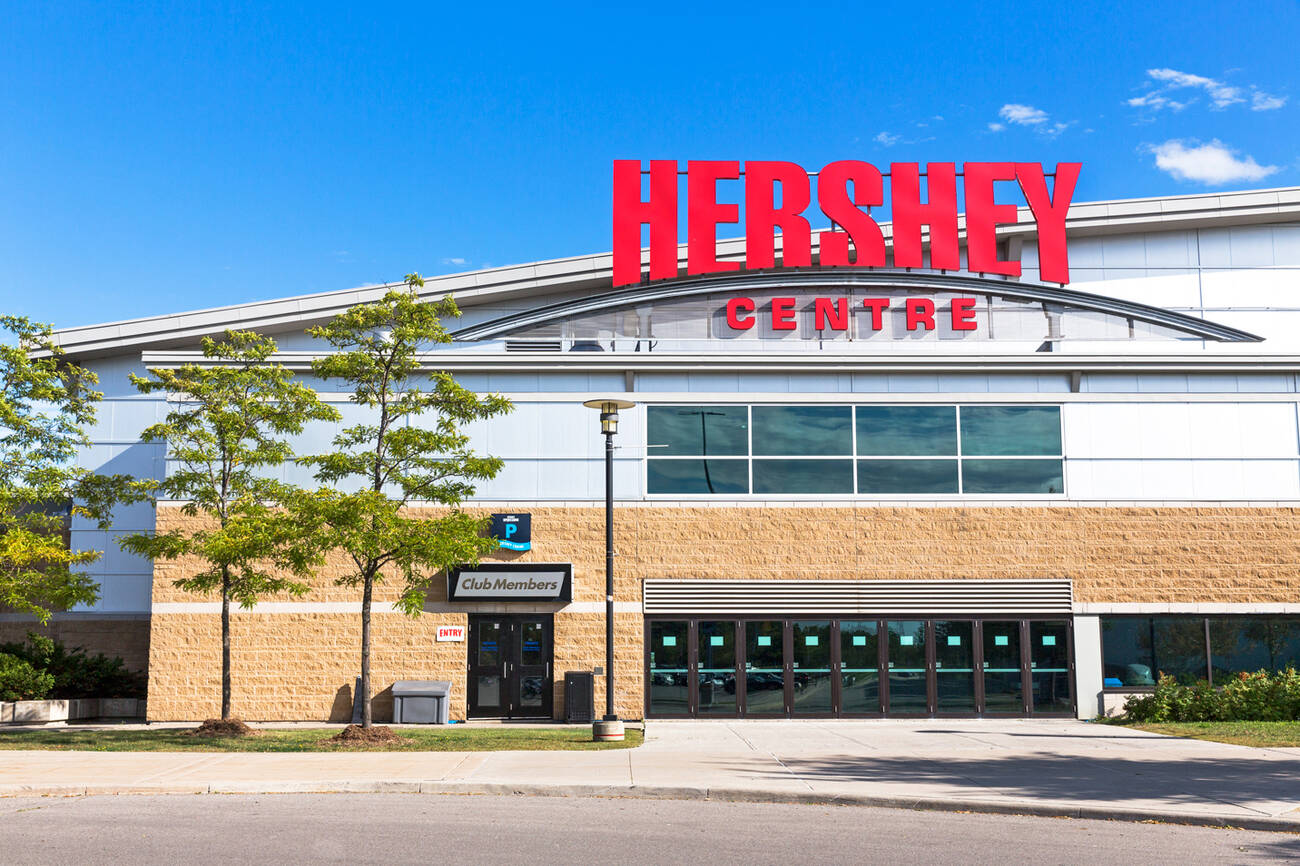 From chocolate chips to chunks of meat, Mississauga's premier sports and entertainment venue is changing names.

As of July 1, the almost 20-year-old Hershey Centre – home of the Raptors 905 and Mississauga Steelheads – will be known as the Paramount Centre (after the Middle Eastern restaurant chain, not the film studio.)

Paramount Fine Foods, which is headquartered in Mississauga, purchased the facility's naming rights for a period of 10 years after Hershey Canada opted not to renew its own agreement.

Our premier sports facility is about to be renamed the Paramount Centre. Congratulations & thank you to @ParamountFoods & @mohamadfakih8 pic.twitter.com/nlKtdUteGC

"I am proud to continue to grow the Paramount Restaurants Brand in a city that believes in cultural diversity, innovation and small business development," Paramount founder and CEO Mohammed Fakih said in a news release on Wednesday.

The venue's related, neighbouring facilities will also be renamed under the agreement (ie; the Hershey SportZone will become the Paramount SportZone,) according to the release.

Most importantly, perhaps, for concert-goers and sportsfans: Paramount will take over food services for the entire facility.

This means that, by summertime, you could be eating shawarma in the stands of a boxing match, hockey game or Sesame Street concert – and that's worth cheering for.

by Lauren O'Neil via blogTO
Posted by Arun Augustin at 8:00 AM